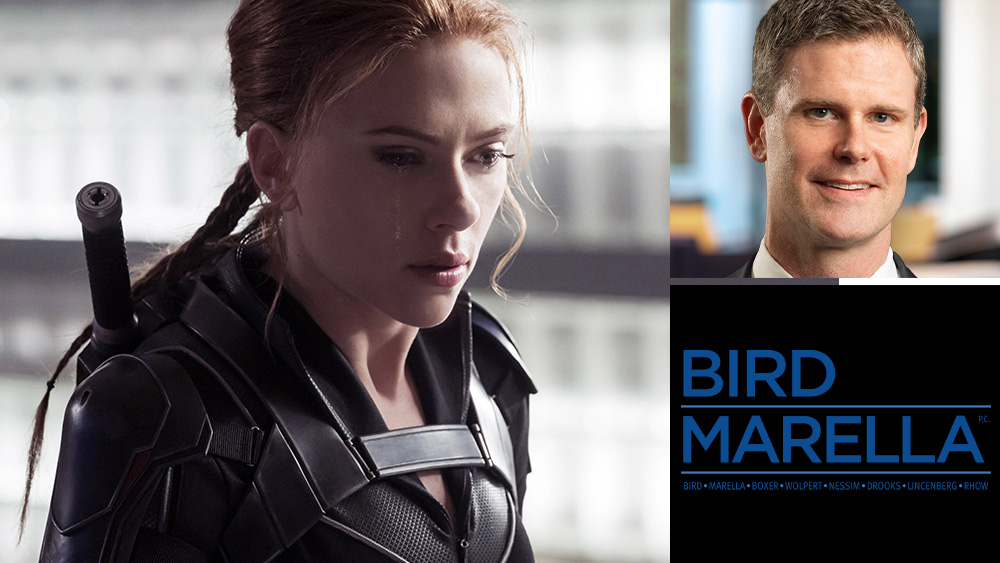 After over eight years with Kasowitz Benson Torres LLP, litigator John Berlinski has joined Bird Marella as a partner.

Feared in studio circles for his take-no-prisoners representation for the likes of Scarlett Johansson in her quickly settled and lucrative Black Widow Dispute with Disney last year, profit participation Maestro Berlinski has settled into the 41-year-old firm’s Entertainment Group. “Bird Marella’s deep bench of experienced entertainment lawyers was a huge draw to the practice,” says Berlinski of his new digs. “I’m excited to apply the knowledge and skills that I’ve honed over the past two decades to support the firm’s well-earned reputation as one of the country’s top entertainment and trial boutiques.”

And they are clearly very happy to have the man who made the House of Mouse blink.

“John is not just an exceptional talent with a unique understanding of the entertainment business, he is a fantastic person,” said Bird Marella Managing Partner Paul Chan. “I have worked both with and against John over the years. He is an excellent lawyer and is a great addition to Bird Marella’s entertainment practice, ”added Entertainment Group partner Ron Nessim. “We are excited to welcome him to our team.”

As partner and head of Kasowitz Benson Torres’s Entertainment Division, the LA-based Berlinski was retained by Bones stars Emily Deschanel and David Boreanaz, plus EP and author Kathy Reichs over six years ago in the talent’s bitter dust-up with Fox over $ 100 million in alleged lost profits from the long-running series. Following a roller coaster ride in the courts, the matter, instigated by Bones EP Barry Josephson in late November 2015, was suddenly wrapped up in September 2019 in a confidential agreement from the now Disney-owned entity. No figures were made public at the time, but I heard there was a “substantial” payout to the happy actors and Reichs.