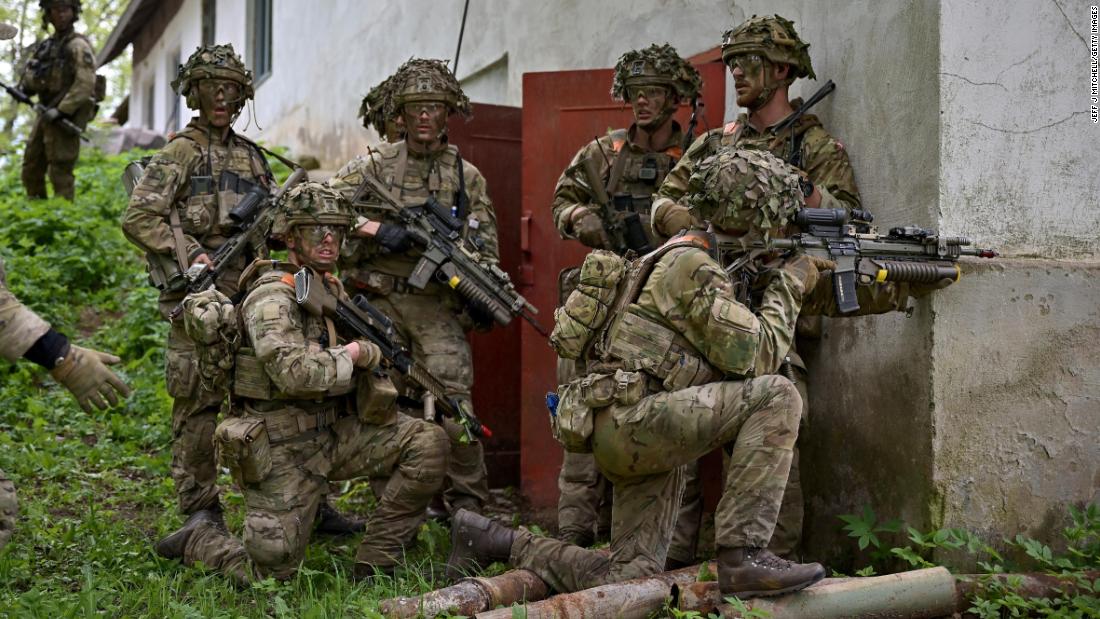 Denmark is the only member of the 27 nation bloc that is not a part of its Common Security and Defense Policy. The Scandinavian nation of nearly 6 million secured exemptions to that policy in a 1993 referendum on the Maastricht Treaty, which laid the groundwork for the modern EU.

If the notoriously EU-critical Danes vote to abolish the opt-out, as polls suggest would be the case, it would mark another important symbolic shift in defense policy for European states after Russia launched the invasion in February. After decades of holding out, Finland and Sweden finally applied to join NATO in May, each citing the war in Ukraine as a motivating factor.

Just weeks after the Russian invasion of Ukraine, the Danish parliament made a historic agreement to increase defense spending by 7 billion kroner ($ 1 billion) over the next two years. The same agreement called for phasing out Russian gas, as well as calling the current referendum on joining a shared EU defense policy.

Danish Prime Minister Mette Frederiksen has said that Russia’s invasion of Ukraine was a significant factor that led the government to call a referendum, and that the vote was an important value-based decision and a way to signal support for a stronger EU. The government has spent several weeks campaigning for a “yes” vote.

“This is the right decision for our future. We are facing an era with even more uncertainty than what we see now, and we need to stand together,” Frederiksen said.

Denmark is a founding member of NATO, but participating in the EU’s Common Security and Defense Policy would enable Denmark to take part in joint EU military operations, such as those in Somalia, Mali and Bosnia.

“NATO will of course remain our most important tool, but the EU gives us another tool in securing our defense in the east,” said Mogens Jensen, a defense spokesman for the ruling Social Democrats.

While the EU would benefit from the extensive Danish experience in military operations as part of NATO and other alliances, a yes vote would be mostly viewed as a symbolic win in Brussels, according to Kristian Soby Kristensen, a senior researcher at Copenhagen University’s Center for Military Studies.

A large majority in parliament recommends abolishing the opt-out. Wednesday’s vote will be the third such attempt by Danish lawmakers to lift one of the 1993 opt-outs after votes on the euro in 2000 and justice and home affairs in 2015, both of which failed. It is the ninth vote on EU issues since Denmark voted in favor of European Community membership in 1972.

Despite the serious issues at play, the referendum has sparked little debate among the general public, prompting concerns of low voter turnout.

Preliminary polls released Tuesday showed those in favor of opting out were in the lead. Polling by national broadcaster TV2 estimated 65% were in favor and 35% against; Another poll by national broadcaster DR and Altinget estimated 49% in favor versus 31% against. About 1 in 5 Danes were undecided ahead of the vote, with many expressing difficulties in assessing the consequences.

Among the key concerns expressed by political opponents and the public is the deployment of Danish soldiers, although any major decisions, including military participation, would still need approval by the Danish parliament.

The EU has no plans to establish a supranational army within the bloc, but it has decided to form a rapid deployment force consisting of up to 5,000 troops.

Polling stations close at 8 pm local time. The result is expected late in the evening.