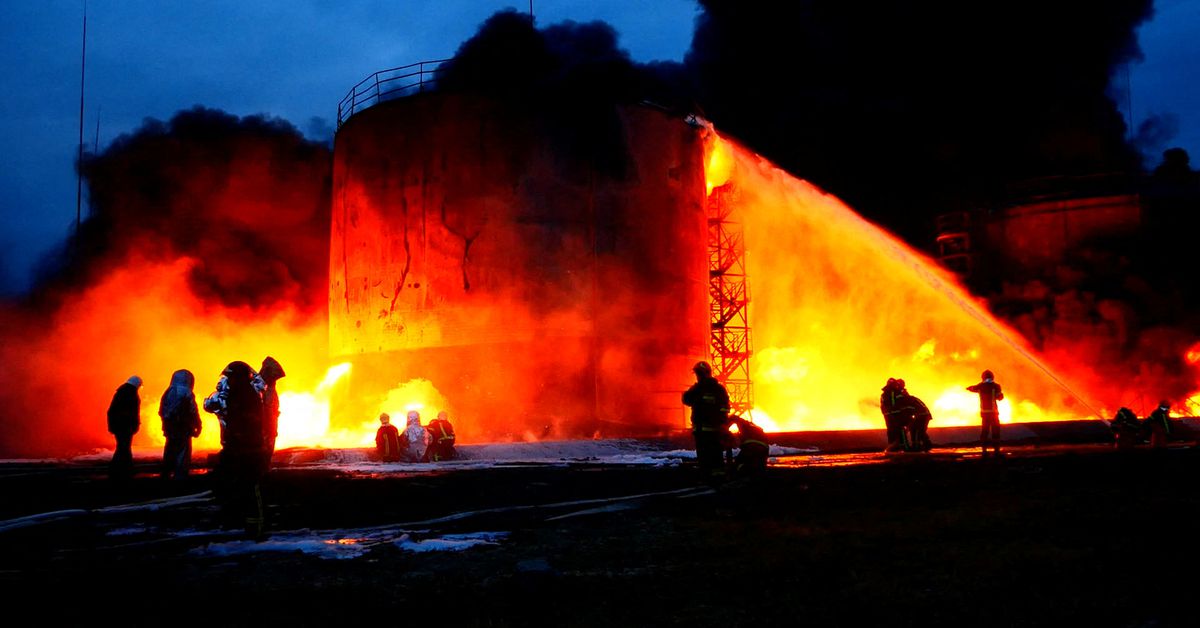 Rescuers work at a site of fuel storage facilities hit by cruise missiles, as Russia’s attack on Ukraine continues, in Lviv, in this handout picture released March 27, 2022. Press service of the State Emergency Service of Ukraine / Handout via REUTERS

Russia hit a fuel depot being used by Ukrainian forces near Lviv with long-range missiles and used cruise missiles to strike a plant in the city being used to repair anti-aircraft systems, radar stations and sights for tanks, the ministry said.

“The armed forces of the Russian Federation continue offensive actions as part of the special military operation,” the ministry’s spokesman Igor Konashenkov said in a statement.

The ministry showed video of the missile strikes in Lviv.

Officials in Lviv, just 60 km (40 miles) from the border with NATO-member Poland, said people had been wounded in the missile attacks.

Russia has started destroying Ukrainian fuel and food storage depots, meaning the government will have to disperse the stocks of both in the near future, Ukrainian Interior Ministry adviser Vadym Denysenko said on Sunday. read more

Ernesto Castro
Britain will reveal crypto regulation plans in coming weeks, sources say
Britney Spears got a visit from Donatella Versace and fans are hoping for a collaboration