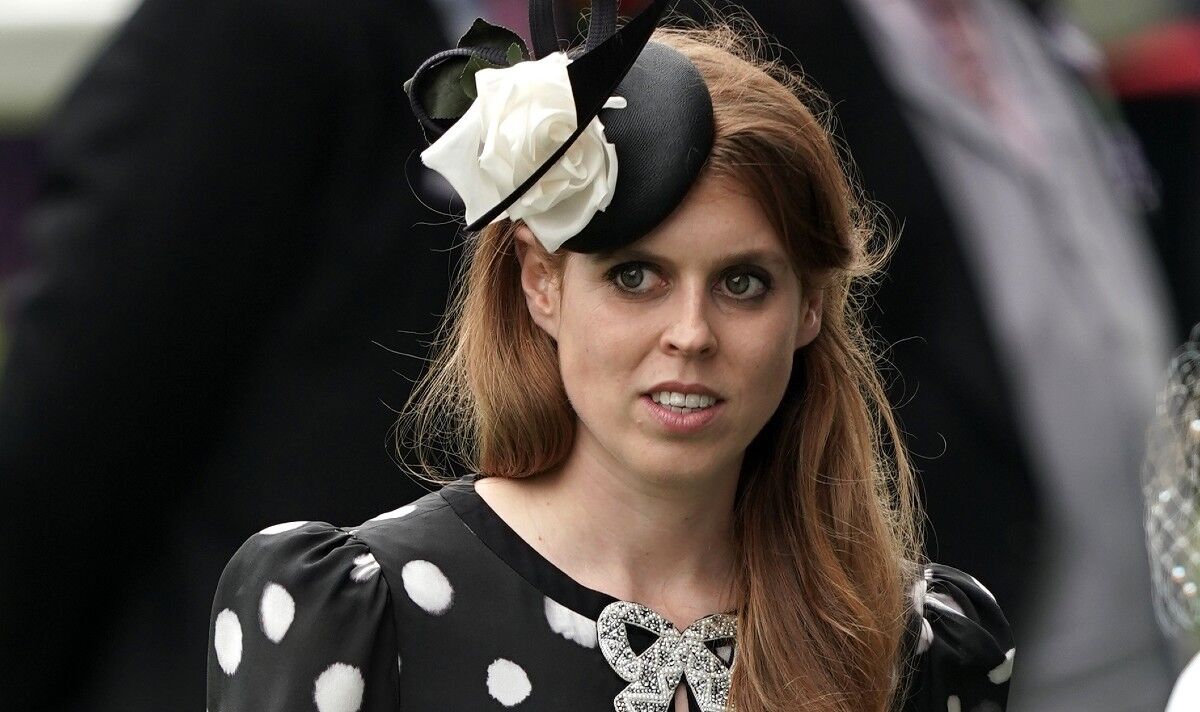 The royal was arriving for the final day of one of the most prestigious events in the racing calendar when the horse was spooked. The animal leapt and bucked with royal escorts battling to bring it back under control.

Photos show Prince Andrew’s eldest daughter looking concerned as they attempt to settle the beast and keep the horses calm.

Beatrice, 33, was at Royal Ascot with her husband Edoardo Mapelli Mozzi and as per tradition the couple arrived in a horse-drawn carriage.

The princess appeared to recover soon after the horse was settled as she was later pictured smiling as she got down from the carriage.

Beatrice wore a navy midi dress with a white spot print, pairing the frock with a navy and white fascinator and black heeled pumps.

Edoardo, 38, donned the traditional top hat and a long coat over a yellow waistcoat with a navy, spotted tie.

This year’s Royal Ascot has seen a number of senior royals attend, including Prince Charles and Camilla, the Duchess of Cornwall.

The Duke and Duchess of Cambridge also put in an appearance, although the Queen has not attended.

They traveled in the lead carriage with the master of the Queen’s household, Vice Admiral Sir Tony Johnstone-Burt.

The Earl and Countess of Wessex followed and Princess Beatrice at that appearance rode in the third carriage with property developer husband Edoardo Mapelli Mozzi.

On Tuesday, Beatrice had walked through the gates of Royal Ascot along with other racegoers.

The Duchess of Cambridge was left open-mouthed with joy when she appeared to pick a Royal Ascot winner.

Wearing a polka dot Alessandra Rich dress, Kate mirrored a look from yesteryear when Diana, Princess of Wales, wore a similar outfit to Ascot in 1988.

Kate looked at a guest in the royal box in shock after Perfect Power won the Commonwealth Cup on Friday with William coming over to his wife grinning.

The couple shared a few more glances before they disappeared from view, possibly for the royal to collect her winnings.

William and Kate have not attended for a number of years and received a cheer when crowds in the parade ring first caught a glimpse of the couple.

Due to the sweltering temperature on Friday, Royal Ascot’s organizers announced the dress code would not be enforced in all enclosures and racegoers would be allowed to remove jackets and ties once the royal procession ended.

But with this week’s heat wave having passed, there was a return to the usual formalities on Saturday.