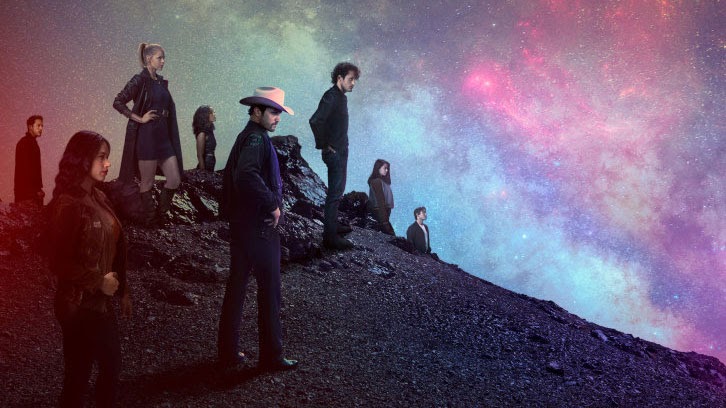 Thanks to Ivan for the heads up.

With Liz Ortecho (Jeanine Mason) and Max Evans (Nathan Dean) finally able to best Max’s clone, Mr. Jones, at the end of Season 3, it seems a bit of happiness is finally ahead for them. Little do they know, a new threat is emerging down in Careyes, Mexico when a naked alien is brought to an American scientist (Shiri Appleby) in a nearby cantina. As this mysterious new alien is set on a collision course with our heroes, we’ll discover that Mr. Jones might be gone, but his vile plan for two worlds might just live on.

Meanwhile, our couples contemplate new crossroads and definitions of their relationships. A new mystery that mimics the crash of ’47 in Roswell forces Alex Manes (Tyler Blackburn) and Michael Guerin (Michael Vlamis) to balance personal goals and undercover work; Maria’s (Heather Hemmens) potential cure for her regenerative disease comes with a shocking twist; and Dallas (Quentin Pilar), Isobel (Lily Cowles) and Kyle (Michael Trevino) contemplate new layers of how their families might all be connected.

All these new revelations unfold as our sleepy town of Roswell, New Mexico gets woken up by a daring daylight bank robbery where mysteriously not a single dollar is touched. But what was taken just might shed new light on the crash from ’47 and what Max Evans’ true purpose has been all along.