RHOBH: Kyle Richards explains why Dorit Kemsley and her husband were at her house after home invasion 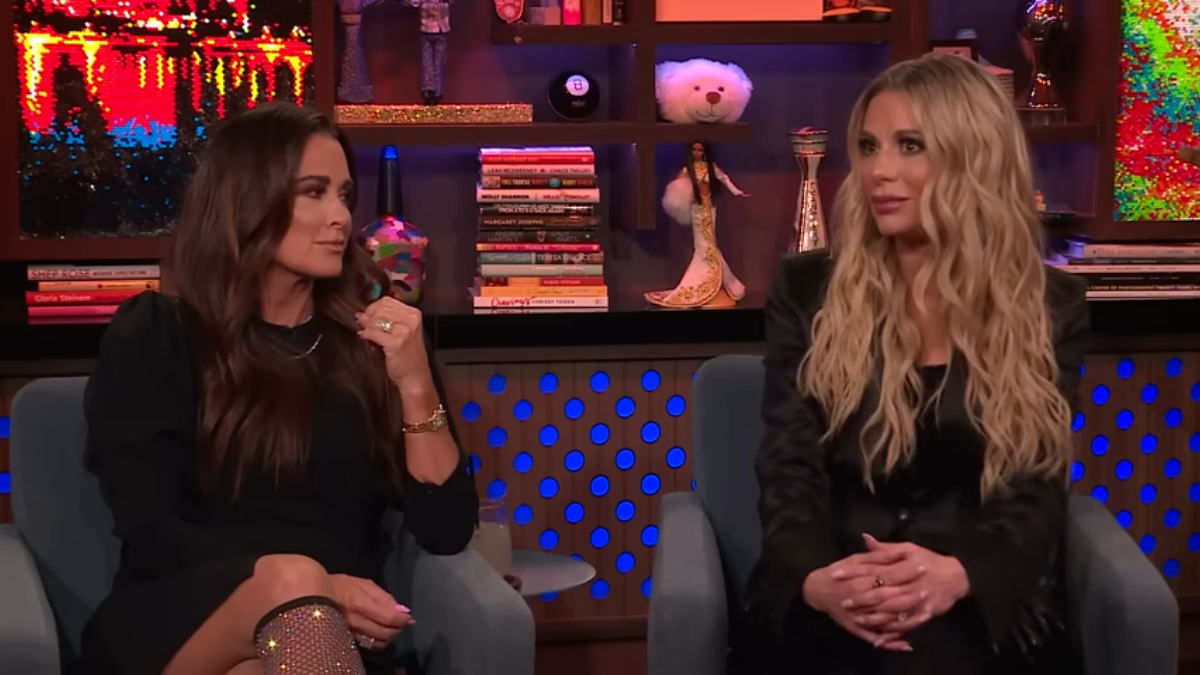 The first episode of The Real Housewives of Beverly Hills Season 12 premiered this week with a bang, and the main focus was the home invasion that Dorit Kemsley suffered, where she was robbed at gunpoint and feared for her and her kids’ lives. It was a highly emotional episode for the Housewives and also for viewers.

As soon as her friends heard about the traumatic event, Dorit leaned into their support, even going to Kyle’s home for a get together the night after the incident happened.

Now, viewers are quickly criticizing Dorit for leaving her kids that evening, and wondering why Kyle thought inviting everyone over during such a traumatic time was a good idea.

Fans thought Dorit should have stayed home with her kids

When Kyle invited the cast to her home to rally around Dorit after the anguish she had just experienced, Dorit joined her friends for support, and her husband Paul “PK” Kemsley later joined the group after arriving back into the US.

The Housewives took Dorit into their circle and comforted her when she needed it the most. Some wondered how a person who had just been violated in her home would be well enough to leave the home, and also leave her children behind with a nanny.

Kyle came right to the defense of her bestie, and let viewers know that Dorit left her kids so that they would not suspect that something awful had just happened to their parent. When a fan tweeted, “Why are PK and Dorit at Kyle’s and not with their kids when the robbery literally just happened ???” Kyle immediately clapped back.

Kyle protected her friend by answering, “Because the kids didn’t know what happened and they didn’t want them to see them upset.” Some viewers said they would never have left their kids behind, while some felt Dorit did the right thing. It is a debate that has no correct answer.

Dorit said this event has changed her life

Her Season 12 tagline summed it up best: “You can take all my things, and you won’t have taken a thing that matters.”

Dorit said in her confessional that the only thing that mattered was protecting her kids, and that she felt sure the intruders would kill her and then her children. Luckily, the criminals got away with only personal possessions, and no one was injured in the process.

Her friends encouraged her to get help for her trauma, and that they would be there every step of the way. Viewers will likely see the process of Dorit’s grieving throughout the season.

The Real Housewives of Beverly Hills airs on Wednesdays at 8 pm ET on Bravo.