Review: ‘Predator’ prequel ‘Prey’ is the best installment since the 1987 original | WTOP News 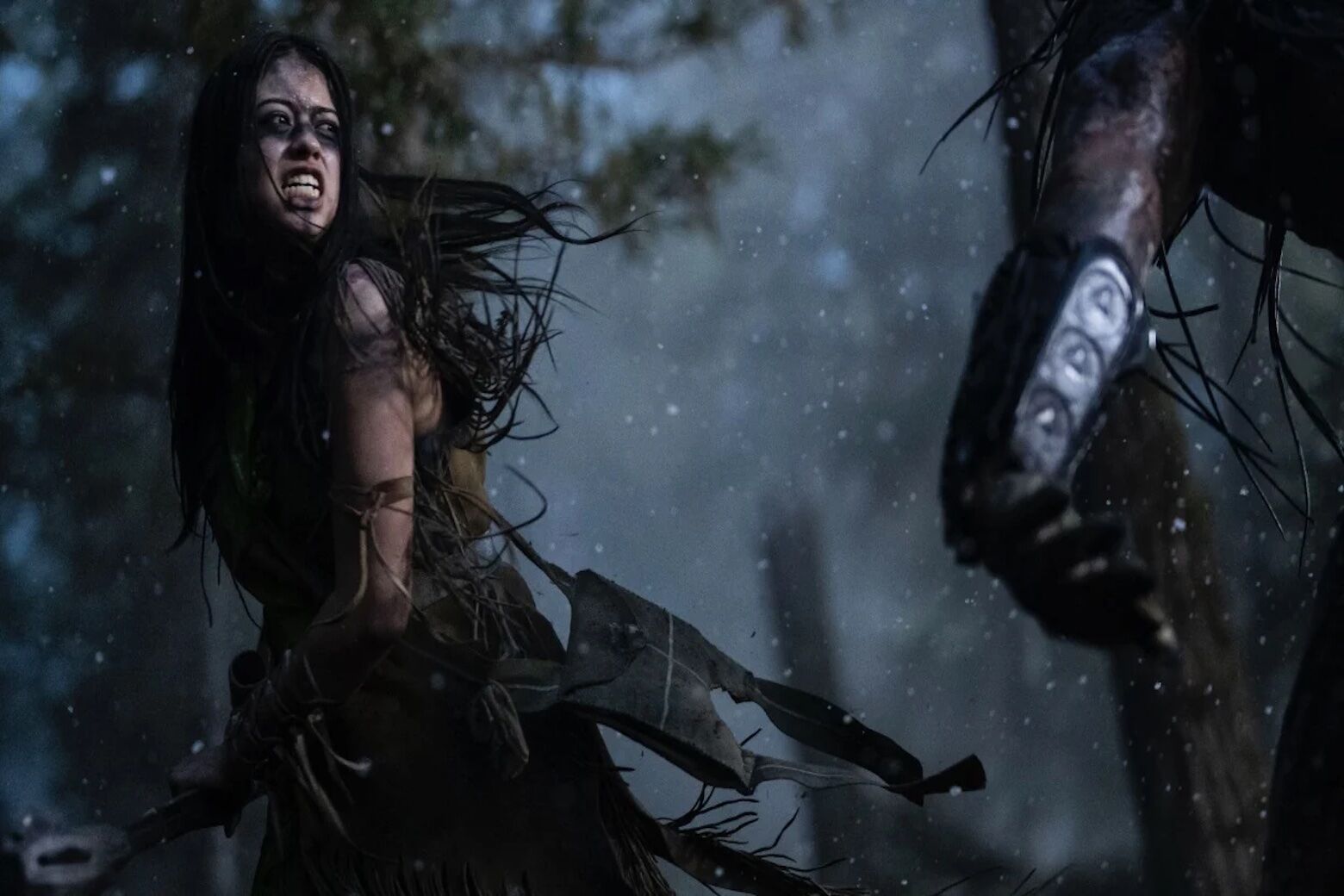 “Prey” is daresay a better film than the 1987 flick, but the original is still “greater” because it invented the iconic character and birthed the franchise. However, if there’s one I’d like to rewatch over and over again, it might just be “Prey.”

By now, you have every right to be skeptical of another “Predator” after five installments — seven if you count the “Alien vs. Predator” spinoffs — but this time you’d be dead wrong.

The new prequel “Prey” is easily the franchise’s best installment since the 1987 original, making it appointment viewing for genre fans as it releases straight to Hulu this Friday.

Instead of a shoot-’em-up action flick (“Get to the chopper!”), “Prey” is a gritty wilderness survival tale set in the Comanche Nation over 300 years ago in 1717. Our hero is a Native American warrior named Naru, who protects her tribe against a highly-evolved, extra-terrestrial predator, which lands on Earth to hunt and kill by reading thermal body heat.

Rather than ripped macho governors like Arnold Schwarzenegger and Jesse Ventura, it’s refreshing to have a woman of color driving the action like Sanaa Lathan in “AVP” (2004). Amber Midthunder is not only a member of the Fort Peck Sioux Tribe, she is a 25-year-old heroine that young girls can admire — and maybe vote for as governor someday, too.

Born in 1997, she wasn’t alive for “Dances with Wolves” (1990), “Last of the Mohicans” (1992) or “Pocahontas” (1995), instead growing up in a world of native filmmakers like Chris Eyre (“ Smoke Signals”) and Sterlin Harjo (“Mekko”). Her bond is believable with brother Taabe, played by Dakota Beavers, a descendant of the Ohkay Owingeh Pueblo.

Proving herself to her family is just as important as staying alive as Naru tracks footprints, slings arrows and throws a hatchet on a string that comes back to her like a boomerang. Granted, audiences will have to suspend disbelief that she’s able to catch the wooden handle instead of the blade, but we gleefully go with it because it’s such a killer device.

Screenwriter Patrick Aison gives the heroine impressive character development, while also fleshing out the monster. How can you give a silent killer a character arc? Turns out, the Predator only hunts other predators like Dexter killing other serial killers. It ignores obvious bait or wounded prey to instead attack hungry mountain lions, bears or human aggressors.

Mostly, it’s great having a single creature back in the wilderness like the original, rather than running around a city like “Predator 2” (1990) or multiple monsters in “The Predator” (2018). The latter wasn’t anywhere near the best in the franchise, but at least it had a cool twist where a child on the autism spectrum represented the next step in human evolution.

In “Prey,” the evolutionary gap between humans and aliens is the widest yet as 18th-century humans battle far-advanced aliens. It’s a fascinating dichotomy of the primitive versus the futuristic — and not just in weaponry. Naru plunges into mud and ingests indigenous flowers to lower her body temperature to escape the Predator’s thermal radar.

The result is a surprisingly skilled stalker flick by Dan Trachtenberg, who directed “10 Cloverfield Lane” (2016) and TV episodes of “Black Mirror” (2016) and “The Boys” (2019). In “Prey,” he shows the Predator’s infrared point-of-view juxtaposed with overhead shots of tall grass moving in a field, a reminder that what we can’t see is scarier like “Jaws” (1975).

During the few moments where we actually do see The Predator, the visual design is fresh with an animal skull mask rather than the traditional metallic helmet guarding the famously grotesque face. We won’t spoil how this helmet factors into the finale, but just when you think you know the ending, the movie flips your expectations in the final showdown.

As the credits rolled, I smiled to myself, pleasantly surprised, but decided I’d have to dock a star for the Comanches speaking entirely in English for the audience’s benefit. Wrong again: I just read that “Prey” will make history as the first movie to provide a Comanche audio track in the native language when it drops on Hulu this Friday. How cool is that?!?

That leaves us with only one innate flaw: being a seventh installment trading on nostalgia for a monster invented by another filmmaker. In some ways, “Prey” is better than the 1987 flick, but the original is still “greater” for creating the iconic character and birthing the franchise. However, if there’s one I’d like to rewatch this weekend, it might just be “Prey.”

That’s saying a lot coming from a cinephile who’s always professed his allegiance to “Alien” suspense over “Predator” schlock and never thought a “Predator” prequel could rival “Prometheus.” In other words, I’m giddy that I enjoyed it so much. Will the franchise make more killer standalone chapters in other historical settings? Let’s hope and “prey.”