Report: Seahawks have ‘high-level of interest’ in Baker Mayfield 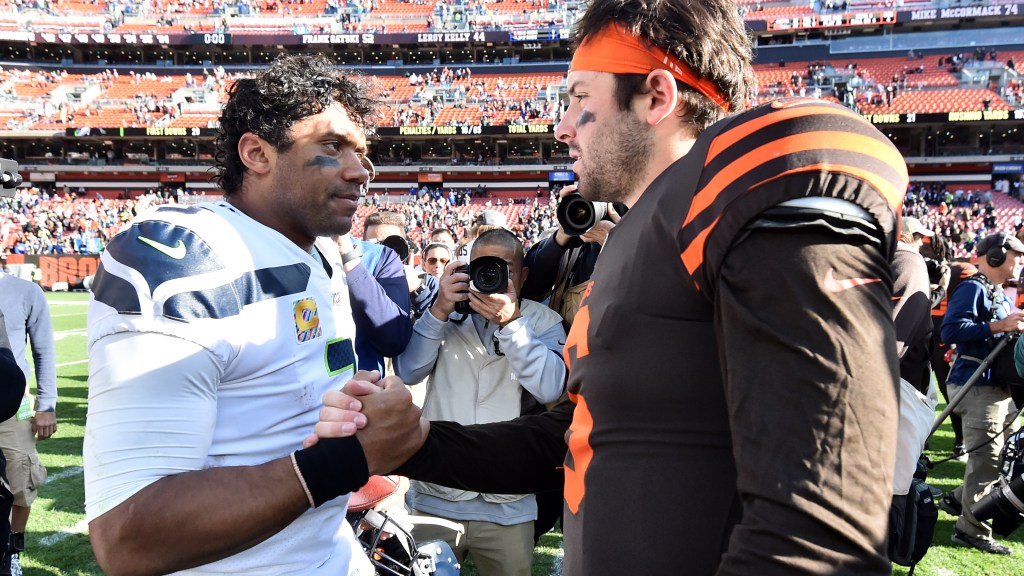 The unknowns surrounding the Cleveland Browns quarterback room is, perhaps, the biggest storylines on the field in the NFL at this point in the offseason. Deshaun Watson’s legal issues have had some updates but he still faces four civil charges and possible NFL discipline.

The team’s starting quarterback for the last three plus seasons, Baker Mayfield, also has an unknown future. Despite the possibility of a lengthy suspension for Watson, it seems unlikely that the Browns or Mayfield would want to stay together in 2022.

The Carolina Panthers have seemed to have the most interest in acquiring the former Heisman Trophy winner despite a deal falling through during the NFL draft.

The other team that made sense was the Seattle Seahawks. The current competition between Drew Lock and Geno Smith is underwhelming. According to Josina Anderson, the Seahawks are indeed very interested in Mayfield:

I’m told the #Seahawks still have a high-level of interest in acquiring QB Baker Mayfield and behind-the-scenes are open to contractually extending him, per league source. I also know that the process of collecting information and insights into Mayfield is still ongoing.

At one point, Seattle head coach Pete Carroll indicated that the team was unlikely to add another veteran quarterback but that public talk doesn’t mean much.

A deal for Mayfield would upgrade the Seahawks passing game and, perhaps, give DK Metcalf more of a reason to sign a long-term deal. It is interesting that Anderson notes they may have an interest in doing an extension if they add Mayfield as well.

For now, much like the Panthers rumors, nothing matters until a deal gets done. For now, Mayfield and the Browns are still tied together.

Ernesto Castro
Anatomy of an Emmy-Worthy Scene: Pachinko’s Yuh-Jung Youn and Director Kogonada Discuss How a Mere Bite of Rice Delivered a Blast From the Past
‘AGT’ Fans Are Upset With the Judges Over “Disappointing” Decision Made About Kristen Cruz