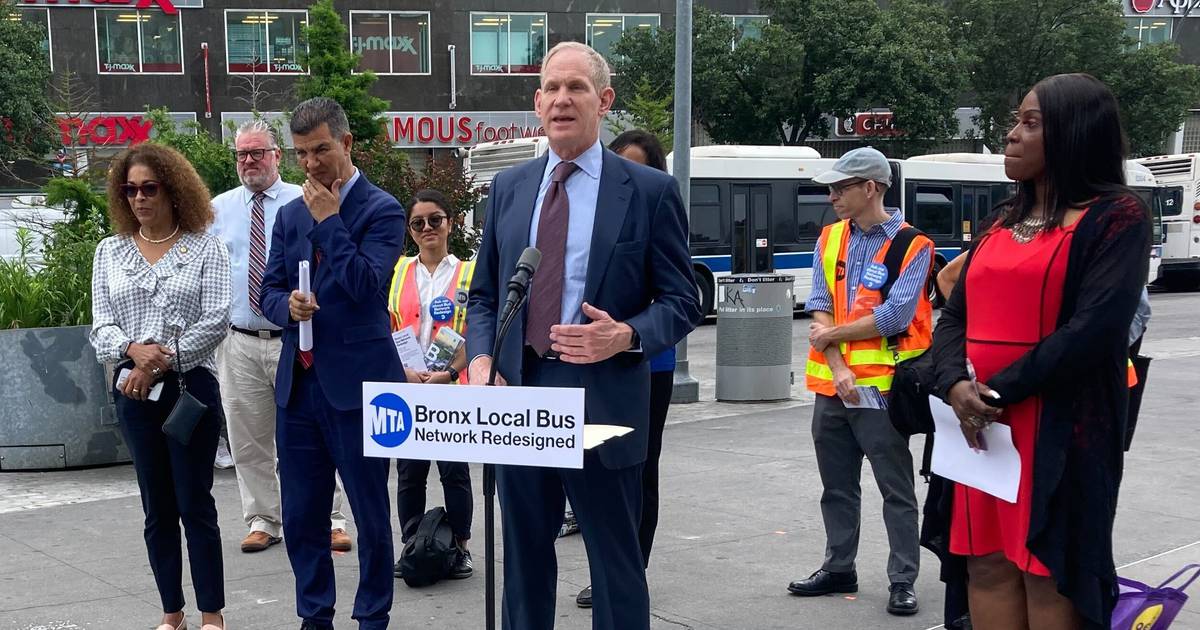 Bronx bus riders will see changes to their commutes next week as the MTA launches an overhaul of the borough’s routes.

Transit officials said the new plan will speed bus service and help connect huge swaths of the Bronx that are not served by subways. The changes take effect Sunday, in time for next Monday’s morning commute.

“These riders need and deserve a strong system, a system that gets you from place to place faster than walking,” Metropolitan Transportation Authority chairman Janno Lieber said during a news conference Tuesday.

“We believe the Bronx bus network redesign is going to be a tremendous step forward,” Lieber said.

Under the current route maps, buses in the Bronx crawl along at an average pace of 7.5 mph, MTA data show. Lieber said eliminating hundreds of stops will help them move faster, with each nixed stop saving about 20 seconds of travel time for riders.

“We have much more closely spaced bus stops than other places in the world – other major cities,” said Lieber. “We have reduced the number of stops, but slightly. We’re not going whole hog on this. We’re just doing a slight adjustment. “

MTA officials said the new bus routes create easier east-to-west connections in the Bronx, like the new Bx25 route that will run from Co-Op City to Bedford Park via Allerton Ave.

Another new route, the M125, will run along 125th St. in Harlem and to The Hub at 149th St. in the South Bronx. The route will replace the southern portion of the Bx15 route, which will run from The Hub up to Fordham Plaza.

City Department of Transportation crews have installed poles and signs along some of the new routes, and officials said they’ll finish installing them after the redesign launches. And MTA crews have taped signs on poles at bus stops that will no longer be active next week telling riders where their new stop is located.

NYC Transit president Richard Davey called the new map “an iterative process” that “is not set in stone.” Davey said he’s open to making tweaks to the map as his team receives feedback from riders.

The MTA also overhauled the Staten Island bus network in 2018, and plans future bus route redesigns for Queens, Brooklyn and Manhattan, in that order.