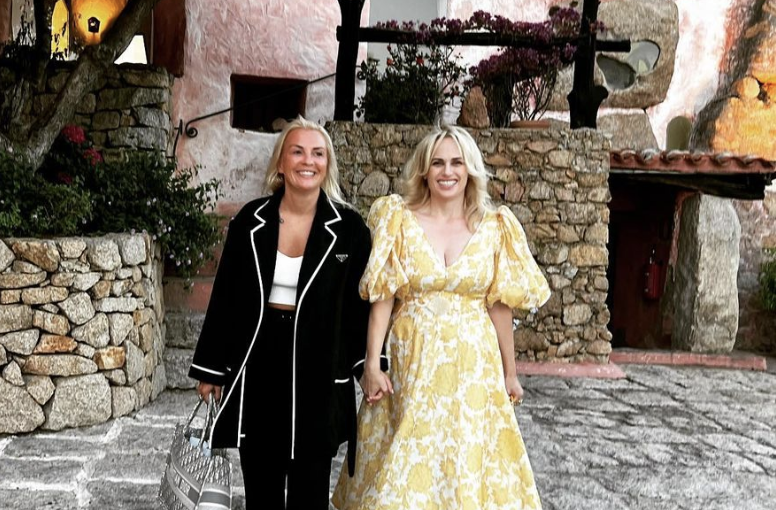 Rebel Wilson is enjoying her new-found love on an Italian vacation.

The 42-year-old actress and her girlfriend, Ramona Agruma, have taken their new relationship abroad, with Wilson posting an Instagram photo on Saturday of the couple lovingly holding hands. Wilson shined in a long yellow sundress that boasted puffy sleeves and a v-shaped neckline; Her fashion designer partner looked chic in a black baggy pantsuit with a white trim while holding a gray Christian Dior tote.

“So happy for you, love,” Paris Hilton commented while adding two heart-eye emojis.

“Cute! And I’m obsessed with you dress,” said one fan.

“This photo brings so much joy!” another added, along with three red heart emojis.

“This is adorable! You deserve nothing but the best” a person raved.

“Absolutely love your dress, Rebel, and super happy for both of you,” another chimed in. “I really don’t understand why we need to say the words ‘love is love’ any more.”

Wilson officially announced her new relationship with Agruma just last week with an Instagram photo of the couple that stunned fans. In the post, Wilson wrote a caption saying she believed she was “searching for a Disney prince” but maybe she actually needed “all this time was a Disney princess.”

While some fans initially took the post as Wilson’s official coming out announcement, it was later revealed that the Australian newspaper the Sydney Morning Herald was planning to reveal the star’s sexuality before. The publication gave Wilson only two days of warning before planning to report the news, but the “Hustle” actress decided to trump the outlet with her own announcement.

Wilson initially remained silent about the controversy, but eventually made a short statement in a tweet that implied she was taking the high road.

“Thanks for your comments,” the comedian tweeted. “It was a very hard situation but trying to handle it with grace.”

Ernesto Castro
PFF: WR Kadarius Toney is one of 10 second-year players under pressure in 2022
Two actors from Netflix show The Chosen One dead after car crash