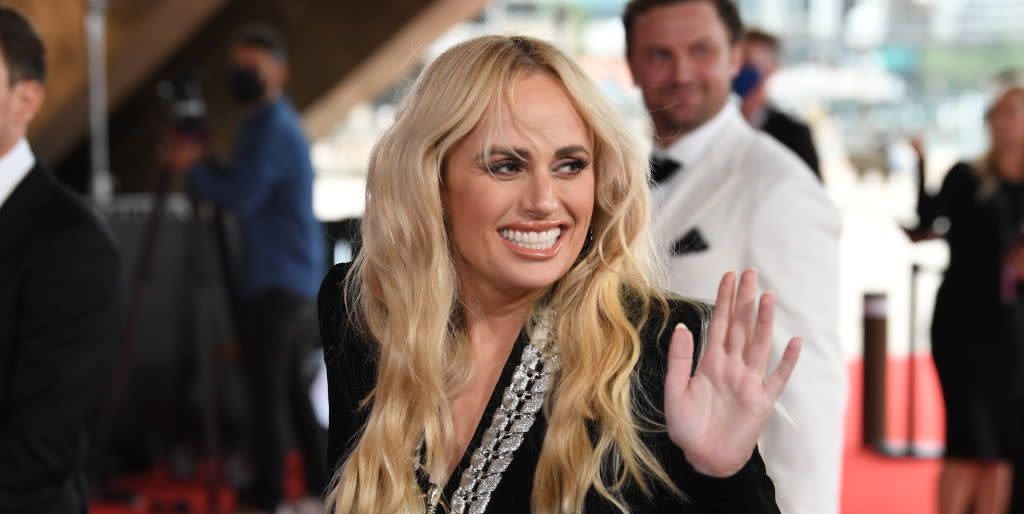 Rebel Wilson turned 41 earlier this year, but she waited until just now to celebrate in the most amazing way — with a beach party featuring the Bellas. Yep, those Bellas.

The Pitch Perfect The star shared the evidence in an Instagram post that featured a slew of her former co-stars, including Anna Kendrick and Brittany Snow, in the 80s-themed beach attire on an island.

“Bellas be ballin ‘- could not love these ladies more! 10 years since we met and instantly harmonized 🎶, ”Rebel wrote in the caption. “Love you ladies! 😘 ps love that I’m the tall one amongst you shorties! #RebelIsland # Bellas4Life. “

People freaked out in the comments, and fair. “Still Crushin it! 🙌🔥 ”one wrote. “Bellas 4ever !!!” another said. Fellow Pitch Perfect stars also chimed in, including Anna Camp (“Love love love 💕”) and Skyler Astin (“Bellas 4 Lyfe”).

Rebel’s Instagram Stories are packed with more snapshots from what looks like a totally epic event, including a serious splash party in the pool while everyone danced to 80s tunes. Worth noting: Rebel and several of her guests pointed out that everyone there is vaccinated and was tested for COVID-19 at the private island resort they booked.

OK, but we need to talk about that bathing suit photo. It’s kinda hard to miss the fact that all the Bellas look incredibly fit.

Rebel, as you probably know, recently went on her self-proclaimed Year of Health, where she completely changed her exercise and eating plans. She relied on the Mayr Method for her diet, which encourages whole foods with high alkaline content, like vegetables, fresh fish, and sheep’s milk yogurt.

On the workout front, she exercised with her trainer, Jono Castano, up to seven times a week.

Rebel shared all kinds of amazing snippets on Instagram from her workouts, like herself flipping tires and doing stair sprints. But she also revealed that walking was really helpful for her. “I got all these high-tech tests done on me during my year of health,” she said. “They said walking was actually the best way for me to lose unnecessary body fat.”

As for Anna, she previously told Shape that she tends to cycle through different workout routines.

“Every time I try something new, I’m like, I found it! I found the only workout I’ll ever need! Then I get so obsessed with it that I burn out and have to start over with something new. I went through phases of yoga, Pilates, barre classes, and running, ”she said.“ The only thing I’ve never tried, because I know I would be bad at it, is workouts where they yell at you: ‘Come on! Get those knees up! ‘”

Anna also shared that she was a vegan for a year or two but realized it just wasn’t for her. Now, she said, “my favorite food is macaroni and cheese. Carbs and dairy — that’s the kind of life I’m all about. And I definitely do like sweets. ”

As for Brittany, she previously told Shape that she also follows a mostly vegan diet. She also just tries to give herself a break.

“When I turned 30, I looked at my life and realized that I’d always been on a diet and working out to be the size of a model. I thought, I’m 5’3 “, and I inherited my mom’s beautiful muscular body – it’s just not going to happen,” she said.

“So I started eating well to take care of myself — I’m almost 100 percent vegan, and I’m off dairy and gluten. I realized that my health and happiness were way more important than being at the gym all the time. “

Now, how about Pitch Perfect 4?