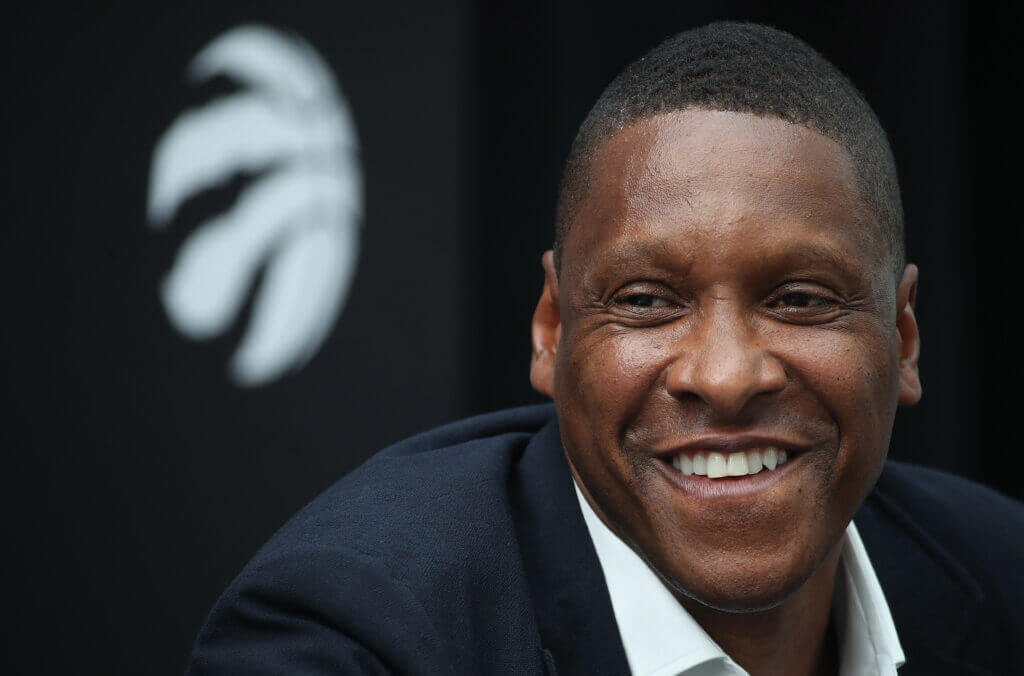 Three years, six different NBA finalists. That hasn’t happened since 2006-08, a period capped by the crowning of the big three-era Celtics, thought to be the impetus behind the superteam era that followed. Before that, it hadn’t happened since Michael Jordan’s second three-peat gave way to the dueling dominance of the Shaq-Kobe Lakers and the Tim Duncan-led Spurs.

When the Celtics and Warriors tip off on Thursday night, it will mark another such run. This is as close as the NBA, a league in which success has forever been tied to star players, gets to parity. By definition, the NBA will never feature as much randomness as its North American peers, but thanks to a slew of factors – Kevin Durant leaving Golden State, injuries, LeBron James aging, injuries, the pandemic, injuries and more – vaulting into championship contention has not felt this attainable in a while.

For the Raptors, and for a bunch of other teams looking to make the leap up from merely good, this has to be encouraging. The Celtics were defiantly average until January. The Warriors were a trainwreck two seasons ago and merely mediocre last year. The Suns made one trade to turn what seemed like a fluky, meaningless bubble performance into two Finals wins and a 64-win season. Sure, three of the last six Finals teams were built around transcendent, top-20 all-time players: James, Giannis Antetokounmpo and Stephen Curry. That still leaves three other finalists, though, and several blueprints to follow to success. To those who recoiled at Durant going to Golden State or Kawhi Leonard orchestrating his move to the Clippers, it’s refreshing.

The Celtics, in particular, should serve as a beacon for the Raptors. They don’t have any individual player as gifted, at this moment at least, as Jayson Tatum, but the combination of a switch-happy, pressuring defense (played at the highest possible level, mind you) plus a more democratic offense can get you to the precipice. In recent years, the Celtics lost two key players, Kyrie Irving and Gordon Hayward, for no return, and here they are. It shows the power of internal development and a sharpening and modifying of a style of play and organizational philosophy.

As Jared Weiss, a Celtics beat writer here at The Athletic, pointed out, Boston winning the title would push the team’s payroll above the luxury-tax threshold for the first time since 2018-19. Before that, they hadn’t paid the tax since Kevin Garnett and Paul Pierce were traded in 2013. Whether the Warriors or Celtics win the title, they will be the fifth champion in the past six years to pay the tax. The lone exception, the 2019-20 Lakers, have paid about $ 51 million in tax in the two seasons that followed, while the Warriors, who used the one-time cap spike of 2016 to sign Durant in the first place, have gone into the tax to a comic degree in all but one year since the Durant signing, even executing a sign-and-trade deal for his departure that had them continue to pay into the tax in order to get some assets in return for one of the best players in the world. They could have let him just leave in free agency, and the Warriors would have been able to get their books in order.

That ended up being a crucial maneuver, as Durant turned into D’Angelo Russell who turned into Andrew Wiggins and a first-round pick, the former being a key piece of this year’s team and the latter, used on Jonathan Kuminga, being a promising part of the future. The cost in tax payment has been massive, but it’s set the Warriors up for another championship window. To be clear, the Warriors are one of the few exceptions in how often they are willing to pay the tax, not the rule.

Barring some bizarre moves, the Raptors will not pay the tax next season, with all of their core players locked into contracts. However, they have multiple decisions that could impact when they will have to confront the tax issue, which means it is a factor starting now, even if the bill won’t come due until 2024 at the earliest.

The Raptors have an even spottier history in terms of paying a tax bill than the Celtics, having paid in the title year and not since 2002-2003 before that. No head basketball decision-maker has ever said that ownership has to spend more on its roster, with Masai Ujiri repeatedly saying that MLSE is open to those conversations. A reminder: The NBA has a salary cap, if not a hard one, so a team cannot simply “decide” to spend into it. It only comes up when a team has given its own players enough money, through the Larry Bird exception or related transactions, to push the payroll to and beyond the threshold.

Those decisions are coming though. Extension windows for Fred VanVleet and Pascal Siakam open this offseason. In 2023, OG Anunoby will be eligible for such a deal, and VanVleet, if he doesn’t sign an extension, and Gary Trent Jr. could hit free agency. The offseason after that, Siakam would be a free agent without an extension, Anunoby could be and Precious Achiuwa would be restricted. Hanging over all of that: Scottie Barnes, and what the Raptors hope will be the maximum-value extension he will have earned in two offseasons, which would go into effect in 2025-26.

These issues might seem far off, but with the collective bargaining agreement limiting contracts to five years at the most, they can creep up on a franchise faster than you think. Even with league revenues and, accordingly, the cap and tax thresholds projected to rise over the next few seasons, it would be difficult to pay all those players their market value and ducking under the tax, especially if you are trying to accumulate a modicum of depth. It is not a coincidence that Anunoby trade rumors are surfacing. This is why the Raptors should at least talk through potential VanVleet trades, even if the most money they can give him in an extension would be entirely reasonable in terms of the size of the cap-hit percentage it would represent. Moving players who already make eight figures a year and are heading for raises for players on less expensive deals is how you keep those future costs down.

That is why the Raptors’ offseason decisions with peripheral players, as unsexy as they might be, will serve as a bellwether for the future. If the Raptors are willing to give more than one or two guaranteed years to their own free agents, Chris Boucher and Thaddeus Young, and anyone they might bring in using the midlevel exception, it will show that management is at least willing to create scenarios in which they have to get creative to keep the books responsible. If they keep the deals shorter, you’ll know the threat of paying the tax is still a significant onus for the franchise. (You’ll know this because Ujiri and Bobby Webster will use the word “flexibility” a lot.)

The interesting thing here is that with the championship picture more blurry than in years past, the whole idea of ​​proof of concept might have changed. In the past, Raptors ownership paid the tax when there was a clear shot at a title. Before the year, the Warriors and Celtics had the fourth- and 13th-lowest championship odds. A year prior, the Bucks and Suns slid in at second and 14th. It is harder and harder to know when that window will open.

“We still preach patience and growth here,” Ujiri said after the season ended. “I know how the results came at the end of the season, I know the expectations now become day-to-day. I understand that from a fan perspective or media perspective. It’s win now. But we’re thinking (about) the long game here. “

In the NBA, however, the distance from here to there has rarely seemed shorter. The future might arrive sooner than you think.