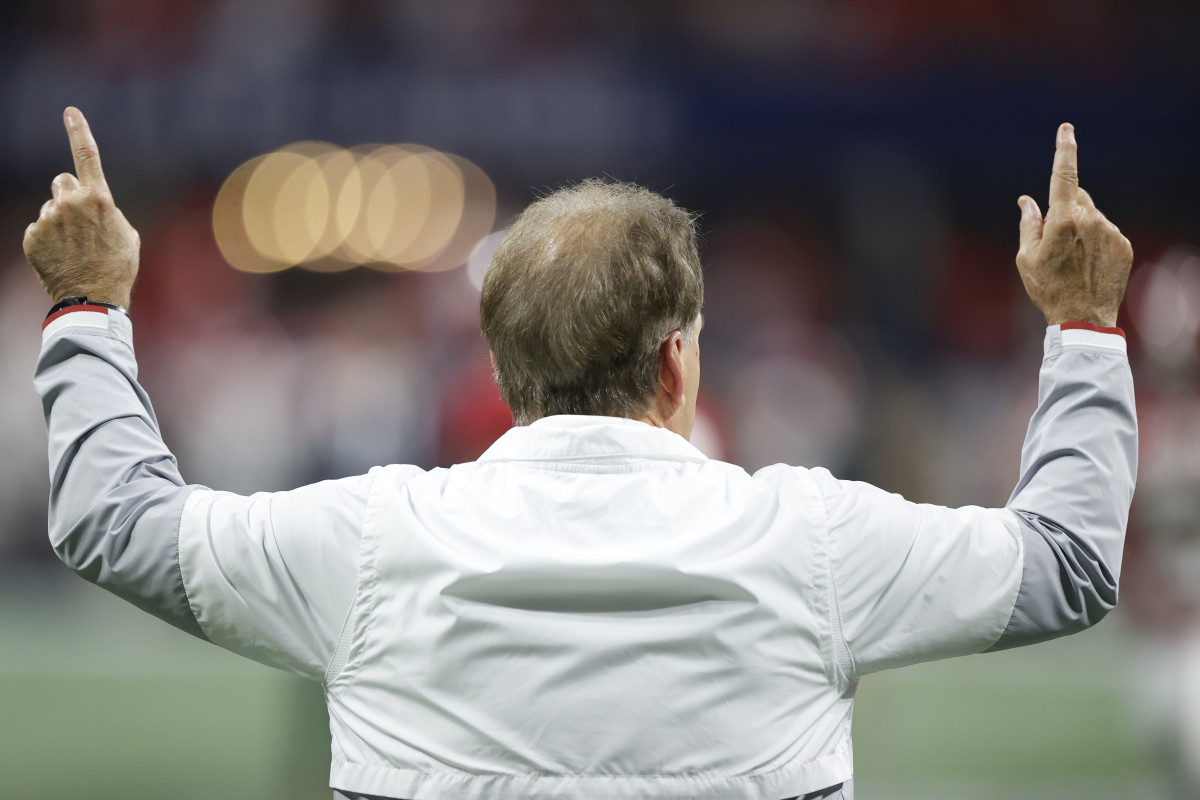 Was the 2021-22 academic year a bad one for Alabama athletics?

It’s hard to say that when a young Crimson Tide football team won the SEC title, reached the national championship game and saw a quarterback finally win the Heisman Trophy.

Perhaps the word “bad” is a bit too strong.

Football’s 33-18 loss in Indianapolis seemed to set the tone for the rest of the academic year as mens’ basketball, softball and women’s golf faltered in the end, gymnastics didn’t make any significant strides, and women’s basketball and baseball had late charges fall short.

Of course, that all leads us to …

We make a point to try stay away from politics as much as possible, but some of hot issues around the nation are more than spilling over into college athletes, especially considering Name, Image and Likeness issues.

But it’s not the only one.

Everything from gun control, climate control and abortion rights could result in student-athletes reconsidering their college choices as USA Today’s Nancy Armour recently pointed out.

“Compete for, say, UCLA or Illinois, and an unplanned pregnancy need not end your career, threaten your health or force you into motherhood before you’re ready. You will decide what to do and, should that choice be to end the pregnancy, you will have options. Go to a school in Texas, Florida and nearly two dozen other states, however, and your body will no longer be your own. …

“Say a football player at Alabama gets his girlfriend pregnant while they’re at school. Unless one of them has the means to go out of state for an abortion, or can find a way to have one done illegally, that football player can look forward to, at a minimum, paying child support for the next 18 years.”

This isn’t to say that athletes aren’t weighing such issues already, especially considering all those who have become parents before or during their time with the Crimson Tide.

The guess here, though, is that negative recruiting will only ramp up and intensify, and it won’t just be at the school and state level, but conference and region as well. NIL will obviously be a huge driving force moving forward, but most schools are looking for any kind of edge they can find in recruiting.

In short, politics will soon be used as recruiting weapon more than ever.

The flip side to that is NIL might make it harder for student-athletes to speak out about how they feel regarding issues because the backlash could now include financial implications.

Two years ago, Nick Saban helped lead the Crimson Tide’s racial injustice march/rally to Foster Auditorium, where in 1963 the governor of the state made his famous stand against desegregation.

One has to wonder how many of those same athletes who participated that day would now have second thoughts due to fear of losing NIL deals.

Meanwhile, on Friday in Philadelphia, starting quarterback Jalen Hurts made and eight-minute statement to open his press conference after an OTA practice (organized team practice activities) practice with the Eagles.

“We have a lot of stuff going on in our world right now, a lot of unfortunate fateful things and events and deaths,” Hurts said per Eagles Today. “When I sit back and think about all of that – what’s happened in Buffalo, Uvalde, and Tulsa, whether it’s a grocery store, a hospital, an elementary school. That’s no place for fear.

The Eagles wore orange practice shirts to commemorate survivors and those who have fallen victim to gun violence.

“I think it’s my duty,” the former Crimson Tide quarterback said about speaking out. “It’s the least that I can do is try to bring awareness to it. We all know what’s going on. We see what’s going on, but it starts with every one of us. Change is made and everybody has their unique way to make change but ultimately what are you doing to try to influence the right things to be done?

“…I think one thing that’s been on my heart is really just appreciate everything you have, why you have it, because these are tough times we’re really living in. We all get to come here, come to work, blessed for an opportunity to come to work, but outside of this workplace, there’s real things going on in the world.”

Would a college football player say something similar?

• They can be in different conferences, but Tua Tagovailoa and Hurts will never be able to completely get away from each other after both played for the Crimson Tide and replaced each other in big games. The new twist is that they’re probably the frontrunners for biggest breakout season status, with Bovada having Hurts as +1600, or ninth overall, in its odds for NFL MVP, and Tagovailoa 16th at +3500. Both are listed ahead of Derrick Henry +4,500, while the “leaner” Mac Jones is at +6000. The Eagles and Dolphins also play Week 3 in Miami.

• Did you happen to notice the lineup for the inaugural Devonta Smith Softball Game on Saturday at Coca-Cola Park in Allentown, Pa.? It included Hurts, Jaylen Waddle, Najeh Harris, Patrick Surtain II, Mack Wilson and Shyheim Carter. Next year we suggest a team of all former Crimson Tide players. Proceeds went IronPig Charities and St. Lukes University Health Charities, but Smith noted that doing events like this outside of football were an important step in building team chemistry. It also didn’t hurt (pun intended) that his quarterback hit a game-winning home run.

• Last week, Mark Schlabach of ESPN.com did a special story for Memorial Day about the grandfather of new Crimson Tide offensive lineman Tyler Steen died in Vietnam in 1967 while saving his fellow soldiers.

• Speaking of Henry, he’s at it again with his offseason workouts.

• SEC Commissioner Greg Sankey on NIL during a visit to the Paul Finebaum Show: “I don’t view that there’s going to be any solution out of Congress before the election certainly, and then we’re in an educational process on the backside of the midterms. … For us to have a national standard that’s uniform, [education of and from lawmakers] is the source of that standard. Whether it can happen or not, I don’t know. So, that promotes conversation about should we be more engaged at the state level for commonality? Should the conference adopt a policy? We’ve talked about that previously, but we’ve chosen not to go down that road because the dynamics are changing so rapidly.”

• In case you missed it, Purdue president Mitch Daniels wrote a compelling op-ed for the Washington Post on the trajectory of college athletics: “Schools comfortable spending huge donations on recruiting the best players — funds that might have been used to strengthen their academic missions — will be free to do so. When that happens, they should drop any pretense that these are ‘students’ and any requirement that anyone attend classes or pursue a degree. Offer education, as more and more employers now do, as an optional fringe benefit of the job. Only a couple dozen sports factories will be able to compete successfully in the pay-to-play echelon. The rest will be left with a Hobson’s choice between permanent also-ran status and dropping down into a further segmentation of today’s system, hoping that they can still fill stadiums and negotiate TV contracts to watch actual students play. … My guess — okay, hope — is that such an arrangement can work. Meanwhile, I’m sure the new league of sponsored professionals will be highly entertaining and a huge financial success. Just please don’t call it ‘college’ sports.”

• Why Does the SEC Remain Deadlocked on a Scheduling Format? TV Revenue and CFP Uncertainty