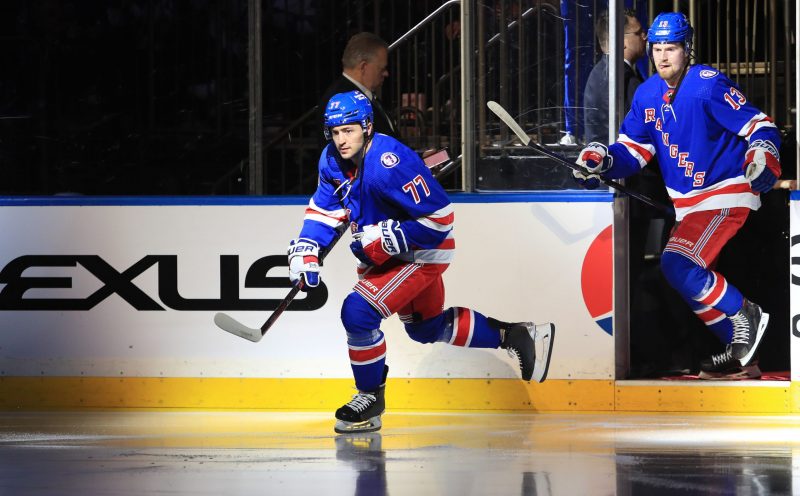 The New York Rangers lost the series to the Tampa Bay Lightning in Game 6 of the Eastern Conference. It was the team’s 20th game in 40 days and it took its toll on the team.

“When you go 7 [games twice] There’s not much break and guys don’t get a chance to heal much, “Gerard Gallant said after being eliminated. It made it tough but we battled hard and did the best we could. They’re a big defensive team. They make it tough on you and box you out really well. Our forwards were trying to battle to get there and it’s fatigue. There’s no doubt in my mind. “

In a new article at The Athletic, Pierre LeBrun spoke with both Gallant and Panthers coach Andrew Brunette. Each man watched up close how the Lightning were able to beat their team.

Regarding Gallant, he pointed out that it was Tampa’s adjustments also helped make a difference.

“The biggest thing in our series – obviously they adjusted; Maybe we surprised them a little bit with the way we were playing – but I just think they were really patient, ”Gallant told The Athletic over the phone. “It wasn’t just one line. Their whole team was really patient. That experience from the last two and a half years of winning all those series. That’s a big thing. And Coop made an adjustment with his lines after the second game, you know? They put that checking line. It wasn’t the biggest difference in the series, but they got confidence from it. “

The Rangers coach also credited the Lightning for not trying to force plays that weren’t there.

“They were really patient,” he said. “We were a young team that made some mistakes.”

A lesson learned for sure by both Gallant and the Rangers.

Vatrano, 28, had a nice season and gave the Rangers a lift after being acquired just before the trade deadline. Playing with Chris Kreider and Mika Zibanejad sparked some great chemistry was he was able to score 8 goals in 22 regular-season games and added 5 more in 20 playoff contests.

“I think I have some unfinished business here,” Vatrano said on breakup day. “I want to help this team win a Stanley Cup. Everything here is world class and it’s great to be a part of. “

On July 13, he will officially wrap up a 3-year deal signed with the Florida Panthers for 2.53M AAV. I would assume that he’d at least want a two or three year deal for around M 3M to $ 3.5M. That’s cap space they could use to sign Kakko. Plus the Rangers have inked Vitali Kravtsov for another year which overloads the right side.

Is there room for Vatrano? It’s possible depending on what either Andrew Copp or Ryan Strome sign for.

But maybe Vatrano could be closer to a deal than many thought.

“To the best fans in the NHL and the New York Rangers thank you for an unbelievable season,” he wrote on Instagram. “We came up short but the future is bright! Till next time. ”

Well, the Rangers have $ 11.93M in cap space per CapFriendly after signing Sammy Blais yesterday for less than his $ 1.6M qualifying offer ($ 1.525). If they can move out Patrik Nemeth’s $ 2.5M cap hit, that could be used to re-sign Vatrano.

Ernesto Castro
Netflix’s ‘The Chosen One’: 2 Dead, 6 Injured After Car Crash in Mexico
Martin Lawrence Says He’s ‘Gonna Try’ to Get Eddie Murphy to Pay for Their Kids’ Wedding