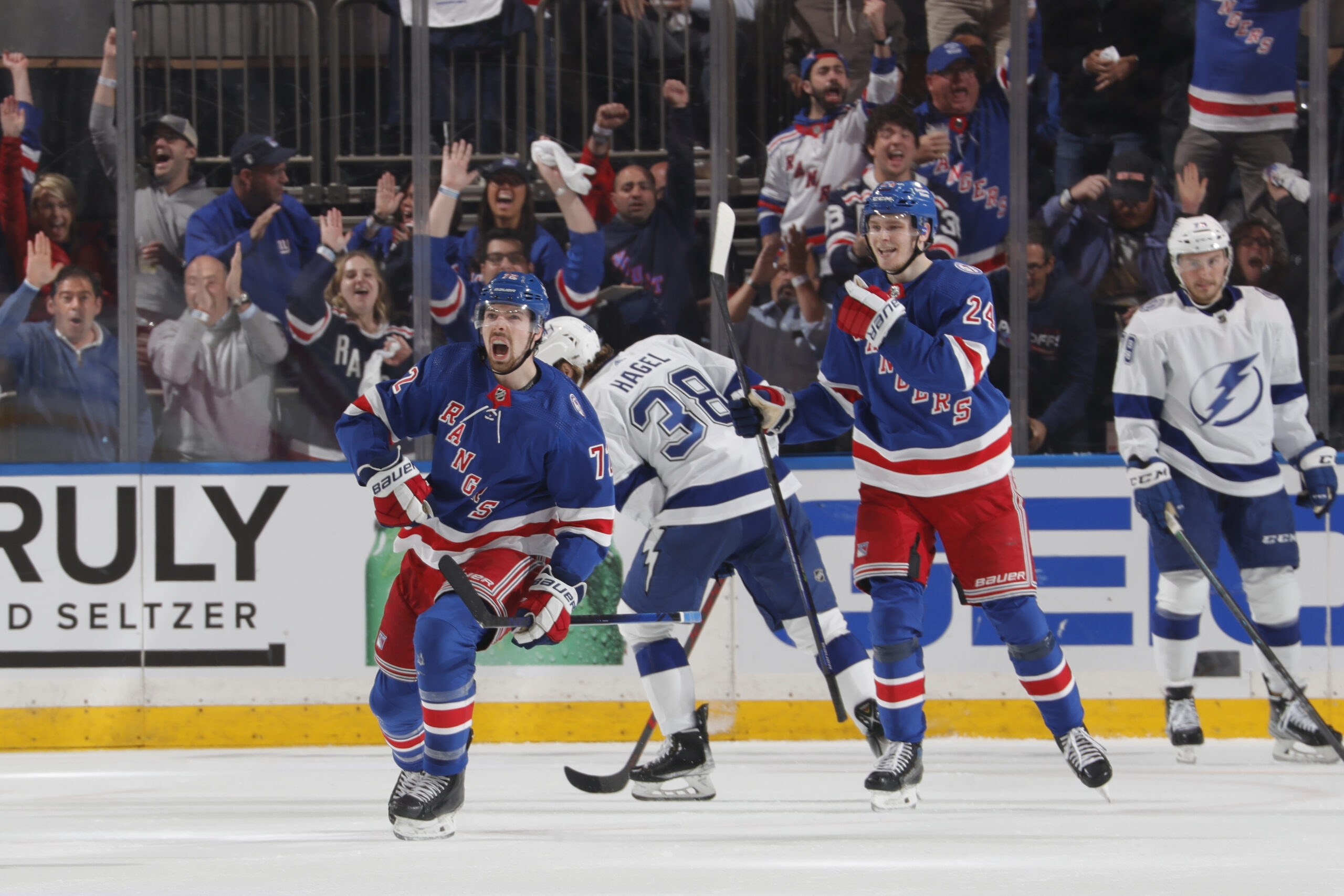 The New York Rangers organization came a long way since their front office penned a letter released on Feb. 8, 2018, at the conclusion of their utterly unimpressive 2017-18 season that announced many changes ahead. These changes would culminate in the Rangers being one of three last contending teams for the 2021-22 Stanley Cup just a few seasons later. Indeed this letter, from general manager (GM), Jeff Gorton and Senior Advisor, Glen Sather, to the Owner, would be the beginning chapters of an entirely new organization from top to bottom.

However, during the time elapsed between the publication of “the letter” players were not the only members of the franchise to be revised. In addition to the total rebuild, several surprise front office firings were made, from coaching to management over the years. Stances on whether or not this franchise revitalization occurred within a timely manner continue to polarize the fanbase, but sacrificing a little under five full seasons to transform the entire club seems rather expeditious in the scheme of it all.

With their intentions transparent to the public, the organization tackled a lengthy list of transactions. Several tough trades were made but fast forward to the present day, these moves are still paying off. Beloved players like Rick Nash, JT Miller, and captain, Ryan McDonagh were also moved shortly thereafter in order to make room for youth. Through these massive moves, the club compiled prospects and draft picks.

At the end of the carnage when some of the dust settled, the vision was still not thoroughly clear. It was a bold decision to blow up the team, but it had to be done. The 2017-18 Rangers concluded their last season in their division, weighted down by an ugly 34-39-9 record.

Although “the letter” sets the expectations that would follow, perhaps the move to fire Alain Vigneault, the head coach, kicked things off. In April 2018, he was relieved of his responsibilities, and thus the hunt for the perfect coach to develop the overhaul of young talent commenced. Though the decision to relieve Vigneault was not a shock, the organization did take an alternative approach when they hired David Quinn a little more than a month later.

Quinn, the former hockey coach at Boston University, had never held an NHL head coach position before, but his role as a college coach helped him qualify specifically for the job. There were many reasons for excitement at the time of the hiring. His knowledge when it came to player development seemed to make the hire a homerun.

The 2018-19 Blueshirts began under Quinn, who the club signed to a five-year term. Though Quinn did not come in and make the head-turning splash many necessarily thought he would, the team finished seventh in the division with a 32-36-14 record. The next season, Quinn’s Rangers went 37-28-5 but stood still at the seventh place.

A glimpse of questionable future became clearer when the 2020-21 Blueshirts finished fifth in the division, but with a barely winning record of 27-23-6. It was apparent that changes still had to be made, but not necessarily with the roster – though that was never off-limits.

In May 2021, Quinn was released from his role. The 2020-21 Rangers finished fifth out of eight teams in their division with a record of 27-23-6. The front office found themselves again on the hunt to select the team’s next voice, a leader who could truly take the team to the next level.

Finally, in June 2021, the organization hired Gerard Gallant. Fortunately for the Rangers, the knowledgeable coach was unemployed and willing to take on the task of maximizing the young core. While Quinn compiled a 96-87-25 record within his three seasons behind the bench, Gallant took the Rangers to second place in the division – then right to the Eastern Conference Final with a 52-24-6 regular-season record all within his. first year.

Then There Were Management Changes in New York

After a tumultuous 2020-21 season, in which the franchise met adversity over and over again, the biggest challenge seemed to be right ahead. A month before Gallant was added to the club, ownership fired Gorton and president John Davidson in early May 2021, two giant names who worked meticulously to reshape the roster and think outside the box. It was a perplexing development and the Rangers once again had to locate replacements but in a more critical fashion. This time, the replacement came internally.

The organization immediately promoted Chris Drury from assistant GM and handed him both roles. As the assistant, Drury watched the magic that Gorton created but many were nervous he would not be able to fill Gorton’s shoes. It is still too soon to fairly analyze Drury’s success thus far, but last night’s announcement that he is a finalist for the Jim Gregory Award, for the best league GM, is a respectful nod to his work.

Drury, of course, arguably made the biggest splash this past trade deadline when he acquired multiple forwards and one defenseman to bolster their line depth and add veteran experience prior to their playoff entry. The highlight of his transactions was that he did not have to cough up much to get that sought-after depth in return. At the conclusion of the trade deadline, he added the help of Andrew Copp, Frank Vatrano, Justin Braun, and Tyler Motte.

While the Rangers just completed their first season under Gallant and Drury as GM, great strides were made that indicate success. Though Gallant ended his inaugural Rangers season on a questionable note by scratching one of the youngest players, Kaapo Kakko, the consensus is generally satisfied with the coach. Despite the Stanley Cup not being lifted this season by the Blueshirts, there were plenty of indicators of future success again.

This playoff experience is invaluable for the young team and even for the coach, as he continues to work with his staff to evaluate his own coaching system with his new team. Players like Alexis Lafrenière, Filip Chytil, and Kakko who made up the “Kid Line” all took massive strides and contributed wildly to the team’s run. The majority of the defense boasts most of the youth as well. Blueliners Adam Fox, Braden Schneider, K’Andre Miller, and Ryan Lindgren all gained valuable experience from this lengthy run that the core will be able to translate into next season.

With all of these actions that took place in the span of almost five complete seasons, the Rangers should feel and look like a different team, and they sure do. The organization should be rightfully applauded for all of its work to change the team, yet, the vision will not be considered a complete success until the ultimate goal of bringing the Stanley Cup back to New York, is achieved.

Rachel is a graduate of the University of Pittsburgh. She can be followed on Twitter @RachelNHL.