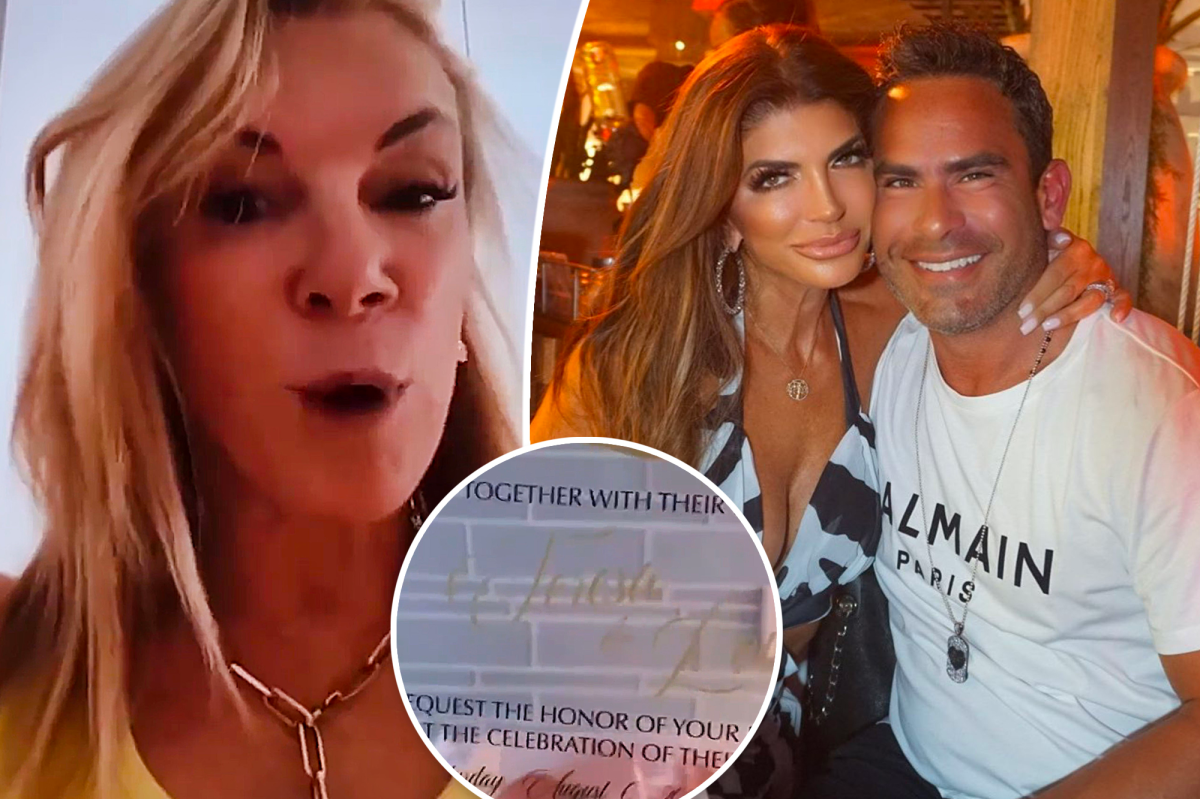 We need Andy and a camera!

The “Real Housewives of New York City” star took to her Instagram Story to share a video of the “most exotic, glamorous wedding invitation” she has ever received, but when she briefly gave a closer look, fans caught a glimpse of Giudice and Ruelas’ wedding date and venue.

Singer, 65, deleted the clip shortly after posting it, but that didn’t stop Bravo fans from screenshotting away.

The Lucite invitation, which came in a box filled with white flowers, revealed that the “Real Housewives of New Jersey” star, 50, will say “I do” at the Park Chateau Estate in East Brunswick, NJ, on Aug. 6.

Eagle-eyed fans noticed that Giudice’s wedding website and password were also included on the invitation. The couple deactivated the site shortly after the leak.

The website included details such as a black-tie dress code, a rehearsal dinner for select guests the night before the wedding and a farewell brunch on the final day of the weekend.

Some Bravo fan accounts, such as @jakeryancomments, used the wedding password to guess fellow “Housewives” who made the list.

Singer’s rep told Page Six that she has apologized to Giudice for the slip.

“Ramona is so sorry, she was not thinking and is so excited for Teresa and loved the invitation,” Singer’s rep said in a statement.

Giudice and Ruelas, 48, got engaged in October 2021, nearly one year after she finalized her divorce from Joe Giudice, with whom she shares four daughters: Gia, 21, Gabriella, 17, Milania, 16, and Audriana, 12.

The reality star’s upcoming nuptials had already been a source of drama both on- and off-screen on “RHONJ.” Giudice previously revealed on “WWHL” that Gorga, 43, would not be a bridesmaid, and she did not invite Catania, 51, to her engagement party in December.

“I would be lying to say it didn’t [hurt] on some level, ”Catania recently told Page Six. “Not being invited to somewhere shouldn’t hurt me, OK? So I’m going to remind myself of that when these things happen. I’m human, but I shake it off, and I’m like, OK. “