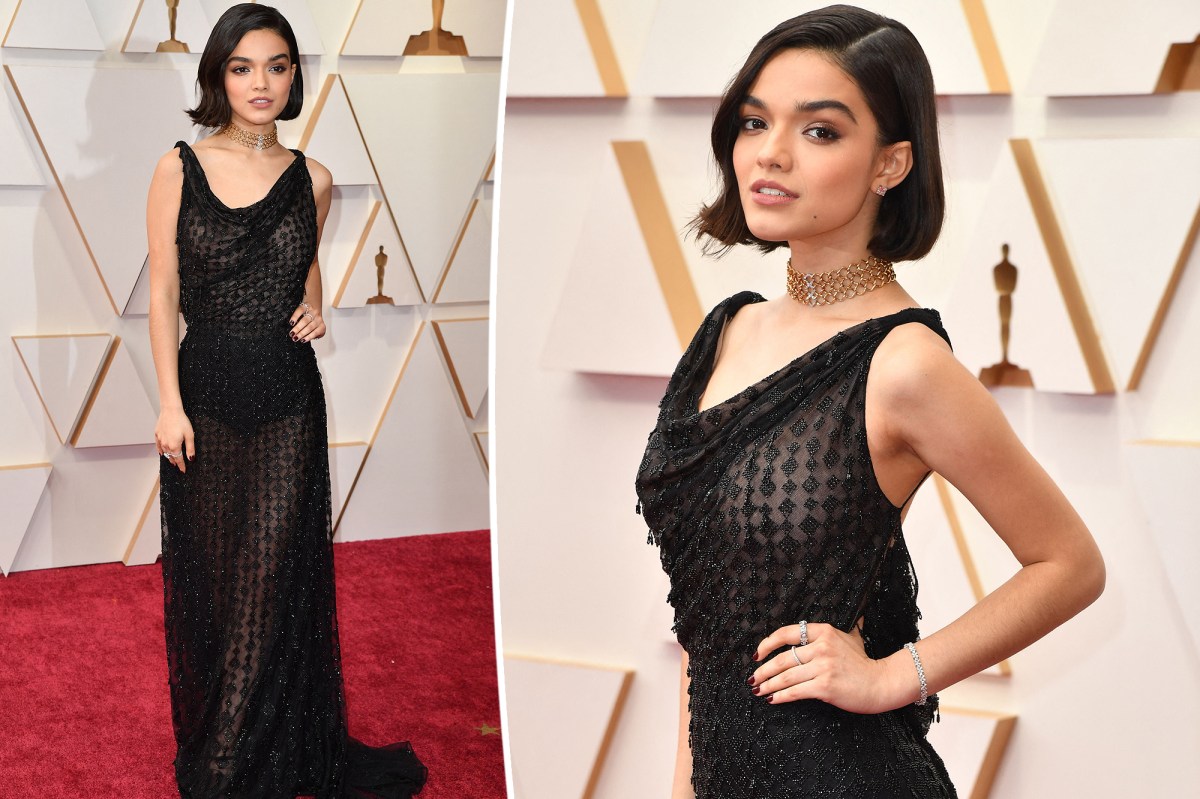 Well, this is certainly better than flannel.

The back of the custom-made gown featured a braided strap down the middle, adding an edgy flair. She accessorized with jewels from Tiffany & Co.

The star, 20, was a late addition to the star-studded guest list after she revealed that she was not invited to attend, despite her film being nominated in seven categories, including Best Picture.

One week before the awards show, Zegler replied to a fan asking what she would wear to the event: “I’m not invited so sweatpants and my boyfriend’s flannel.” She’s currently in London filming Disney’s live-action remake of “Cinderella.”

Many fans rallied around the young starlet – including Russ Tamblyn, who played Riff in the 1961 adaption of the Broadway play – and the Academy later announced that Zegler would serve as a presenter during tonight’s broadcast.