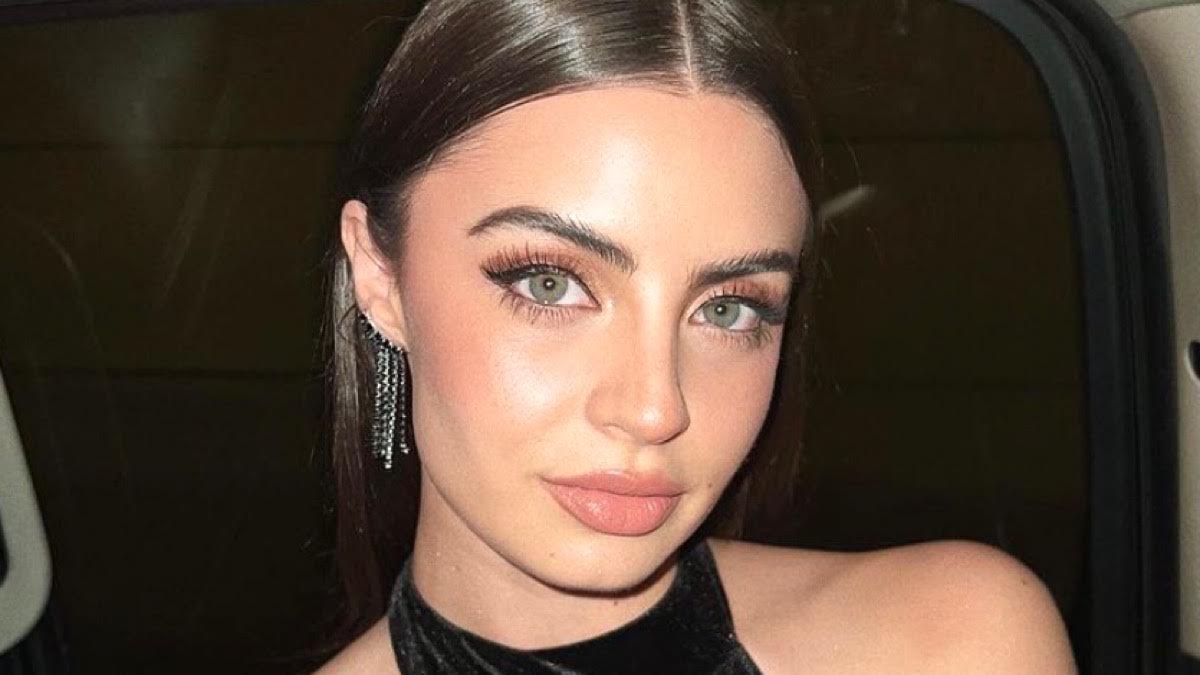 Rachael Kirkconnell has been enjoying a scenic trip to Greece with her The Bachelor boyfriend, Matt James.

Matt and Rachael have brought followers along for the ride as they share photos of their beach days and excursions.

Rachael has been turning up the heat with revealing bikini photos on the trip, and she recently wowed in a pretty dress by the beach.

In the first photo, Rachael shared a selfie showing her glowing bronzed skin and makeup in a low-cut dress.

Rachael let her face and full brows have the spotlight by pulling her dark tresses back into a sleek bun.

The second photo in the slide featured a full body shot of Rachael in her flattering dress with a mesmerizing print and cut-outs on the side.

Rachael gave a subtle smile as she held her large clutch in front of her.

Fans and Bachelor Nation stars were in awe of Rachael’s photos and fashions and took to the comment section to react.

Rachael’s The Bachelor Season 25 costume Serena Chew commented, “The whole aesthetics of the dress and pebbles is phenomenal.”

Bri Springs and Serena Pitt, who also made it into Matt James’ final four with Rachael, left comments.

Other comments included, “Loved this dress too much on you Rach ,! Looking radiant in the Grecian sun, “and” Gagagooogaaaaa. ”

Rachael wasn’t done wowing fans as she recently shared a post in a revealing green bikini.

Putting her toned abs on display, Rachael proved her exercise routines have been paying off.

In the photos, Rachael posed in a green haltered bikini top featuring a large cut-out in the middle and matching green bikini bottoms. Rachel let her colorful patterned wrap hand off her shoulders as she looked at the camera with her hair hanging down.

The backdrop of Rachael’s photo was also gorgeous, featuring a blue sky and sparkling ocean, and Rachael posed on the sand.

The Bachelor is currently on hiatus on ABC.