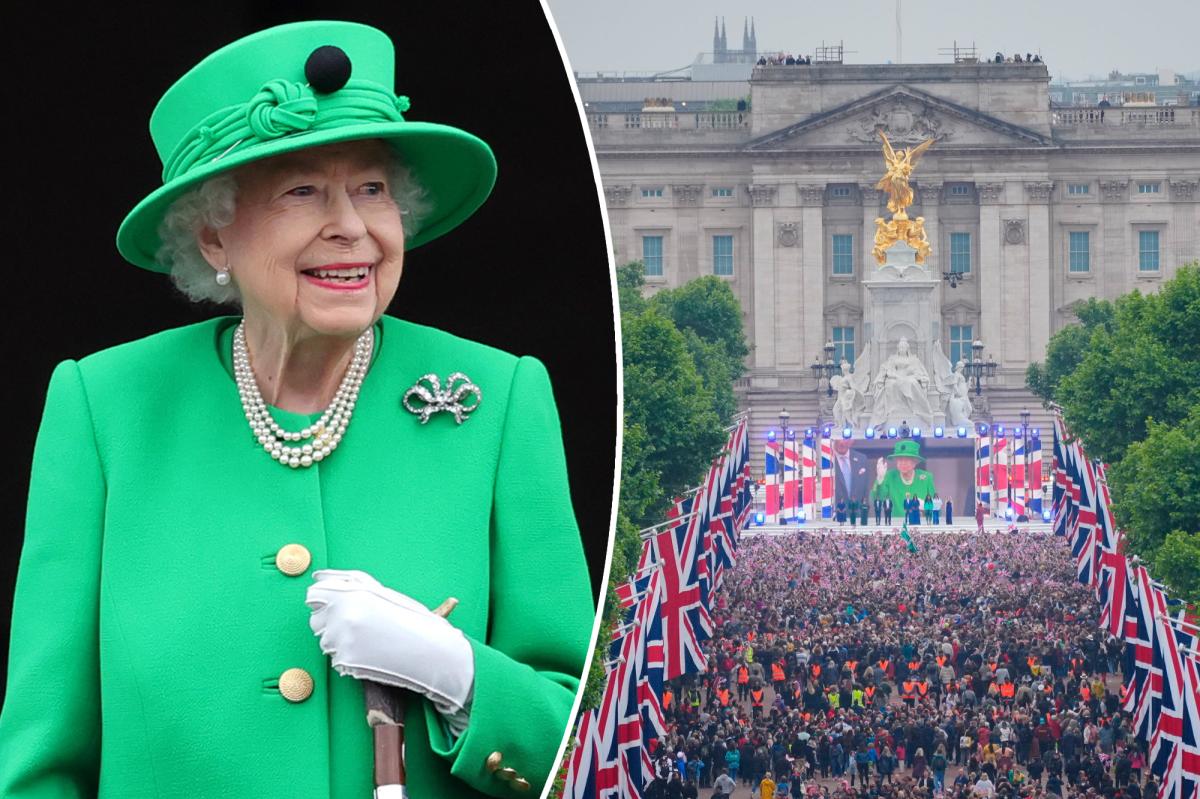 Queen Elizabeth II has made a surprise appearance for the finale of the Platinum Jubilee celebrations.

The monarch, who celebrated 70 years on the throne with four days of festivities, was all smiles as she waved to onlookers from the balcony of Buckingham Palace Sunday afternoon, following the Pageant parade.

She was joined by her heir, Prince Charles and wife Camilla Parker Bowles, along with her grandson Prince William and wife Kate Middleton with their kids, Prince George, 8, Princess Charlotte, 7, and the scene-stealing Prince Louis, 4.

She stunned in a green jacket with a matching hat, along with a string of pearls and white gloves.

Royal fans were first hinted at the Queen’s arrival when the Royal Standard was raised above Buckingham Palace, indicating the monarch was in residence.

Although she didn’t take part in the pageant itself, she was there in spirit as she appeared in hologram form.

A digital likeness of the 96-year-old’s younger self was projected onto the windows of the Gold State Coach, which carried her to her coronation in 1953.

The historic, gilded carriage was featured in the parade for the first time in 20 years, featuring an image of the Queen waving to the crowds as it drove through the streets of London.

“When it comes to how to mark seventy years as your Queen, there is no guidebook to follow. It really is a first. But I have been humbled and deeply touched that so many people have taken to the streets to celebrate my Platinum Jubilee, ”she wrote in a statement released by the Palace Sunday afternoon.

“While I may not have attended every event in person, my heart has been with you all; and I remain committed to serving you to the best of my ability, supported by my family. I have been inspired by the kindness, joy and kinship that has been so evident in recent days, and I hope this renewed sense of togetherness will be felt for many years to come.

She concluded the message, “I thank you most sincerely for your good wishes and for the part you have all played in these happy celebrations.”

More than 5,000 people were involved in the Platinum Jubilee Pageant, which concluded the weekend of festivities celebrating Britain’s longest-reigning monarch.

The jubilee kicked off Thursday with the Queen celebrating her official birthday beside her family members on the balcony of the palace as they watched the Trooping the Color parade.

Ernesto Castro
Islanders Daily: Nelson Netted 37, Kane Knocked Kadri Out of Series
Morbius’ Return to Theaters Goes Exactly As It Should Have