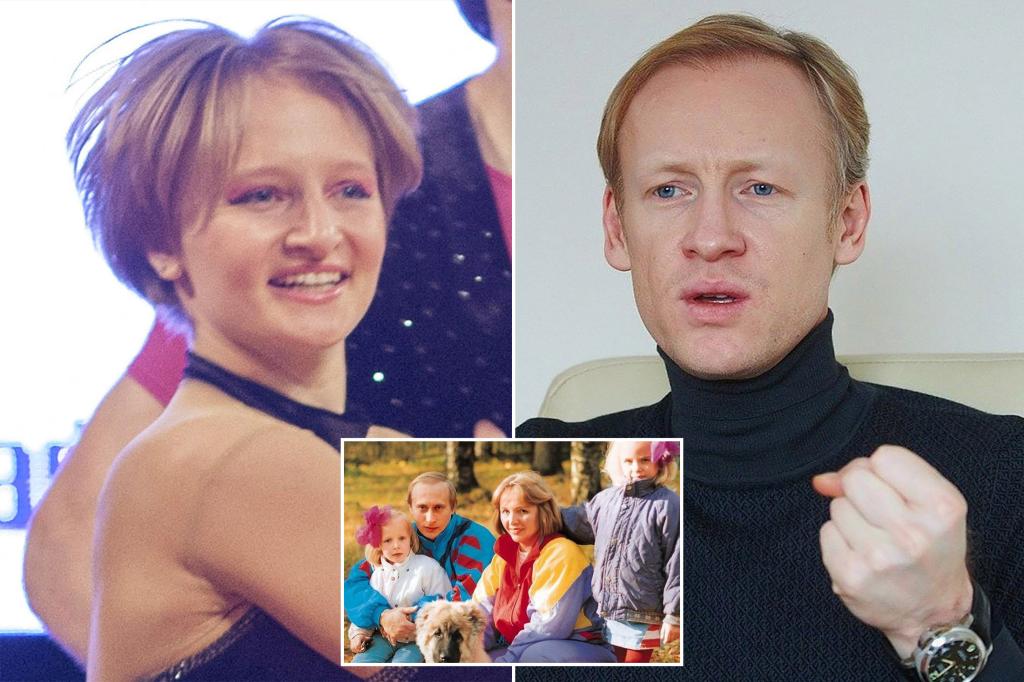 Vladimir Putin reportedly has a secret granddaughter fathered by a ballet star with an unfortunate surname – one shared with the Russian leader’s archenemy, Ukrainian counterpart Volodymyr Zelensky.

Flight records show they regularly traveled with a young girl, who was age 2 in late 2019, making her now 4 or 5 – and whose name corresponds with alleged dad Zelensky, the investigation said.

Tikhonova, 35, split from her first husband no later than 2017 – the same year she started flying regularly to Munich, sometimes several times a month, the outlets said.

Flight records show she traveled to the German city at least 50 times in the last two years – and even appeared to have made a permanent move there in late 2019, according to the investigation.

Such a move adds even more humiliation to Putin, whom the investigation called the “grandfather of Zelensky’s daughter.”

Weeks after his invasion of Ukraine, Putin had called Russian citizens oriented to the West “not with Russia” – and even “national traitors,” the outlets noted.

A month later, Russian-born Zelensky, 52 – a one-time principal dancer for the New York City Ballet – announced his sudden exit from the Bavarian Ballet, a post he was supposed to keep until 2026.

He blamed “personal, family matters” that “require my full attention and time, which is incompatible with my activities as a ballet director in Munich.”

“Now my family needs my support,” he said, according to the outlets.

However, the managing director of the Bavarian State Opera, Serge Dorny, was tricked into talking to pranksters pretending to be Ukrainian officials – telling them that Zelensky was pushed out for refusing to publicly condemn Russia’s war on its neighbor.

“We talked with him [Zelensky] several times, and I made him come to the conclusion that he should leave the opera, ”Dorny said, according to the outlets.

He did not make this decision on his own. We had a conversation with him, and I led him to this conclusion. “

It is unclear where the alleged couple and their young daughter now live, the investigation said. There was no suggestion that Zelensky shared any ties with the Ukrainian leader with the same surname.

Zelensky’s ex-wife, former Mariinsky dancer Yana Serebriakova, refused to talk to reporters from Der Spiegel at the address her ex was still registered at Munich, the outlet said.

Tikhonova and Zelensky also did not respond to messages, the report said.

Ernesto Castro
Kate Spade’s Big End-of-Season Sale Is Here, and There Are Bags for Literally $25
1883: Season Two; Bass Reeves to Be Next Focus of Paramount+ Series