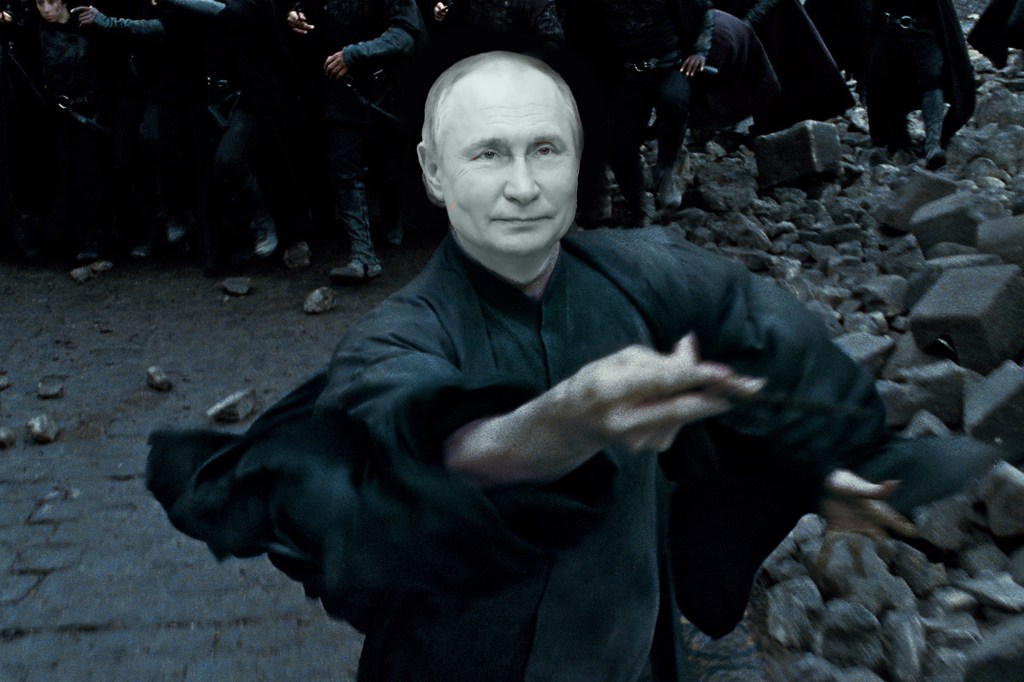 Forget the horrific war crimes – Russia is getting a bad rap in Ukraine because of the same misguided “cancel culture” that attacked JK Rowling, Russian President Vladimir Putin said Friday.

“They canceled Joanne Rowling, the children’s author – her books are published all over the world – because she did not satisfy the demands of gender rights,” Putin insisted in a televised rant, using the “Harry Potter” author’s legal name.

Similarly, “They’re trying to cancel our country,” he said of critics – who have dared to oppose Russia’s invasion of Ukraine, which has left an estimated thousands of Ukrainians and Russians dead.

Rowling has been criticized for her statements about transgender people and has been called a TERF – a trans-exclusionary radical feminist – by critics.

But if Putin thought he’d find an ally in Rowling, he was mistaken.

The author tweeted In response Friday, “Critiques of Western cancel culture are possibly not the best made by those currently slaughtering civilians for the crime of resistance, or who jail and poison their critics. #IStandWithUkraine. ”

She included in the post a photo of Russian dissident Alexei Navalny – who was previously poisoned, allegedly on orders from Putin, and just landed a nine-year prison sentence for what Navalny says are trumped-up fraud charges.

Putin added of the alleged unjust bias against his country, “I’m talking about the progressive discrimination [against] everything to do with Russia – this trend that’s unfolding in a number of Western states. “

The Russian despot even griped that Western movies don’t do enough to credit the Red Army for its role in fighting the Nazis during World War II.

“In Hollywood, they made films where the country that defeats the fascists was the United States,” he said. “They just canceled the contribution of the Red Army.”

Putin wrote this “canceling” to Nazi Germany, where the fascist government burned books and destroyed art that did not support the official narrative.

“It’s impossible to imagine such a thing in our country,” Putin said of Russia, where 58 journalists have been killed since 1992 and opposition politicians wind up jailed, shot or poisoned.

The countries of NATO and the European Union have imposed unprecedented sanctions on Russia after Putin’s unprovoked invasion of Ukraine and apparent targeting of civilians. The restrictive measures include travel bans and asset freezes targeting the Russian elite.

Russian conductor Valery Gergiev was also fired from the Munich Philharmonic in Germany during the early days of the war when he refused to speak out against the Kremlin. Gergiev is reportedly personally close to Putin.