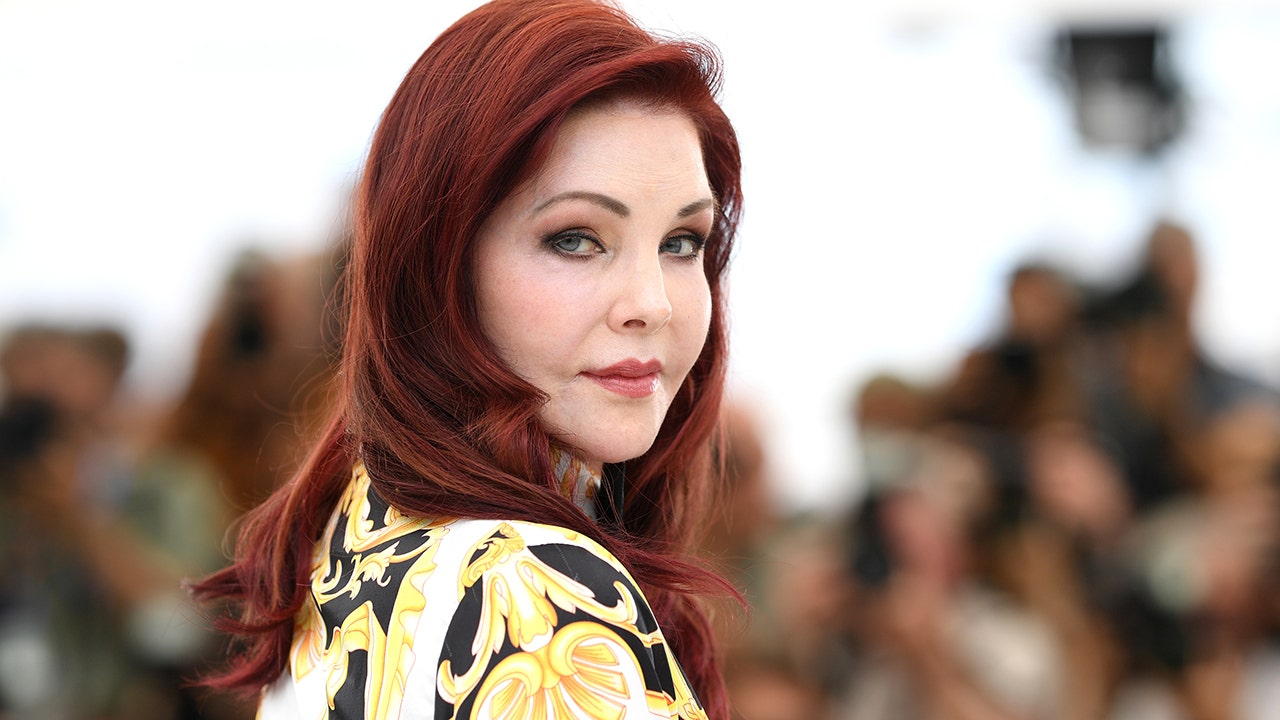 Priscilla Presley says her ex-husband, Elvis Presley, would approve of the latest film highlighting his life.

In a Good Morning America appearance on Friday, Presley, 77, was joined Olivia DeJonge – who plays her in the upcoming movie – to share insight of what its like to see her life on the big screen.

“I’m sitting there watching this movie and going ‘god I wish he could see this,'” she said of Elvis. Presley then shared that he would have loved the new movie, claiming “it was perfection.”

Presley talked about the moment in the film where she asked her ex-husband to seek help on his “drug dependency” and she said the scene brought back “memories.”

Priscilla Presley says Elvis would have “loved” the latest film inspired by his life. The musician died in 1977 at 42.
((Photo by Pascal Le Segretain / Getty Images))

“It was getting more and more frightening as time went by where he was just like, rebelling,” Presley said.

She went on to praise the film’s lead, Austin Butler, on his interpretation of the late musician.

“Austin was just unbelievable,” she noted. “As I was watching it, actually, I was going wow, this is a movie that he would have really loved. Showing who he was, what he was striving for, what his dreams were.”

Although it was “strange” for Presley to her life played out by DeJonge, she applauded her on her performance.

PRISCILLA PRESLEY SAYS SHE WOULD GET ‘NERVOUS’ LEAVING ELVIS ALONE: ‘EVERYONE IN THE WORLD WAS AFTER HIM’

DeJone told Presley during the interview that her approval was a “huge relief.”

“Within my research, it was so evident the amount of love and care and sensitivity that was there so I’m very glad that that came through,” the actress said.

During the Cannes Film Festival in May, the film received a 12-minute long standing ovation, which moved Presley to tears.

She hugged the film’s director, Baz Luhrmann, as the applause roared.

Presley has continuously praised the upcoming biopic and said on the red-carpet of the 2022 Met Gala, “I think it’s a movie for everyone.”

She added: “Even the people who’ve heard stories about Elvis before, they’re gonna learn something.”

A few days after the Met Gala, she took to Instagram to reiterate her love for the movie, which is set to be released June 24.

“I’ve seen Elvis the film, I watched the trailer over a dozen times,” she wrote, attaching a video of the trailer. “Beautifully done Baz, Tom, Austin and Olivia.”

Janelle Ash is an entertainment writer for Fox News Digital.