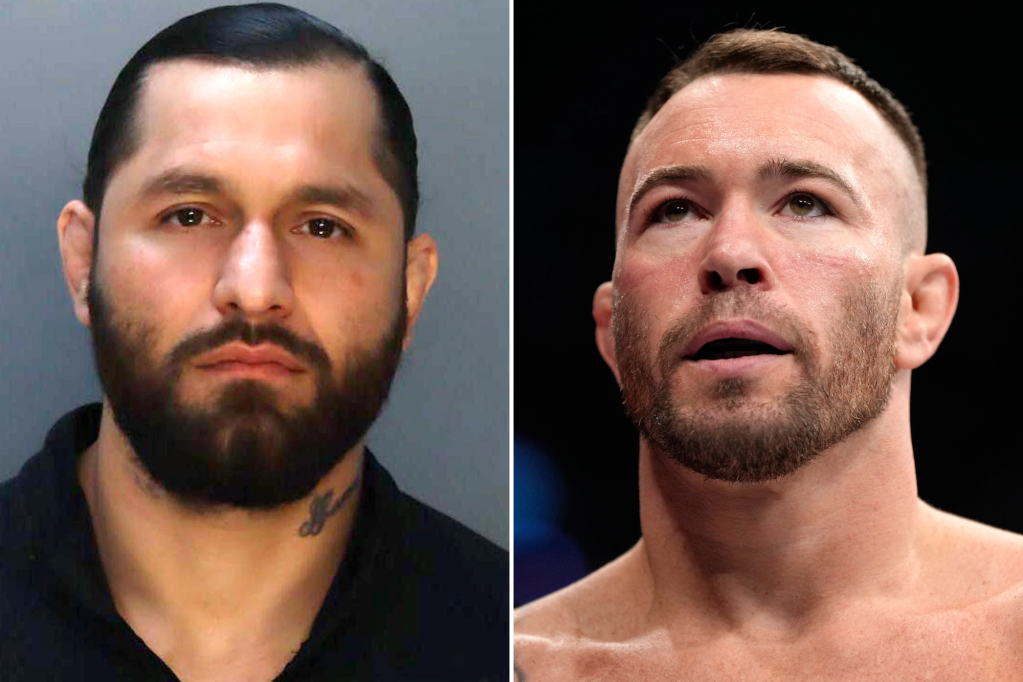 A popular UFC fighter from Miami surrendered to police on Wednesday night after allegedly sucker-punching a friend-turned-foe outside of a restaurant in his near his home city earlier this week, reports said.

He was being held at Turner Guilford Knight Correctional Center.

Masvidal, according to a police incident report obtained by CBS Miami, snuck up on his old pal outside the swanky eatery and “punched him with a closed fist two times in the face.”

One-time roommates, the duo’s relationship went south and they even faced off against each other in the ring earlier this month – with Covington emerging victorious, the reports said.

On top of the loss, Masvidal was reportedly ticked off at Covington for talking about his kids ahead of their fight.

Before Monday’s alleged attack, Masvidal fired off a tweet urging Covington to “show [his] face. ”

“You talk that [expletive] You gotta back it up, that’s how my city rolls man! ” Masvidal said in a video posted to Twitter, according to CBS Miami.