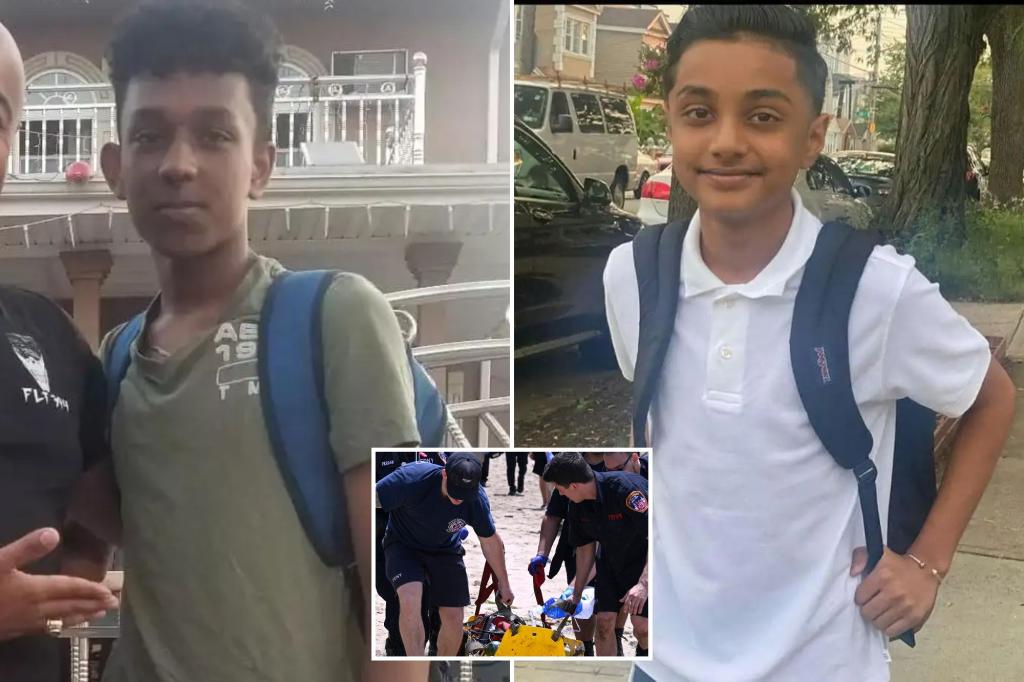 Police on Saturday identified the two teens who drowned Friday while swimming with friends in Jamaica Bay.

Ryan Wong and Daniel Persaud, both 13, were standing on a sandbar in Jamaica Bay near Beach 96th Street and Cross Bay Boulevard around 11:40 am Friday when it apparently collapsed and they went underwater, cops said.

When the two never surfaced, NYPD Harbor, NYPD Aviation and FDNY were deployed to conduct a rescue operation.

The FDNY had nine swimmers searching for the teens, according to fire officials.

Both teens were rushed to Jamaica Hospital, where they were pronounced dead, according to police.

Wong and Persaud both lived in South Richmond Hill, according to cops.

Gloria Wong, a relative of Ryan Wong, posted photos of Ryan with the family on Facebook.

“Rest in Peace little Ryan I love you,” she wrote. “You will live forever in our heart.”

“Our son you left us today I am lost for words and my soul is bleeding and our hearts are shattered,” she wrote. “Oh god I don’t know how we will live past today or any other day… my son, my handsome smart son Daniel Persaud, you left your family my son… sleep high my prince Daniel mommy loves you so much.”

“You were only 13 years old and went out to a beach to have fun and it carried you away from us,” she wrote.