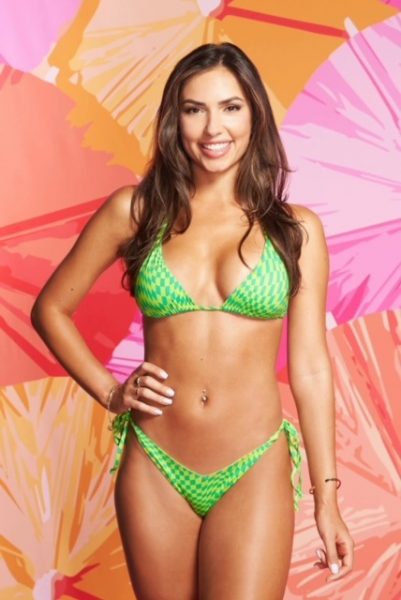 Finally get to talk to a “Love Island” contestant. Been a while since I’ve had one on. In fact the only other one I remember having on was Tre Forte from season 2. Not sure why CBS will not allow these people on podcasts, or maybe it’s just mine. Because I’ve asked plenty, and when they say “Let me run it by CBS,” it almost immediately gets shot down. Which is weird since I’ve never spoiled anything in the CBS world, nor do I care to. But whatever, we got Bailey today, she’s off contract, and I loved talking to her. Before that, I update a little of the latest news in Paradise. Not a whole lot to report. Still don’t know all the eliminations from rose ceremony # 3, but probably the biggest news I have to today is to keep an eye on Jacob Rapini, on both Rachel / Gabby’s season and on BIP. Apparently this guy is making quite a name for himself, but not in the most positive way. We all know there are levels of villainy on this show, but Jacob is definitely going to have that attached to him on both seasons. We’ll see how bad it ends up being. That’s really the only thing I update today along with the fact that the “Casa Amor” twist lasted about 3 days, last Friday-Sunday. Anyway, thanks to Bailey for coming on, and I hope I can have more “Love Island” guests on in the future.

You can listen to today’s podcast on a number of platforms, but you can also tune in by clicking the player below:

(SPOILERS) I begin by briefly going over the latest BIP news, sponsors on the show, and podcast plans starting in July. Then Bailey joins me (14:48) to discuss how she got cast last season, was she a fan, was it hard coming in so late, did she think she had a chance to win, what happened with Jeremy post show, any bitter feelings, would she do TV in the future, dealing with trolls, and much more.