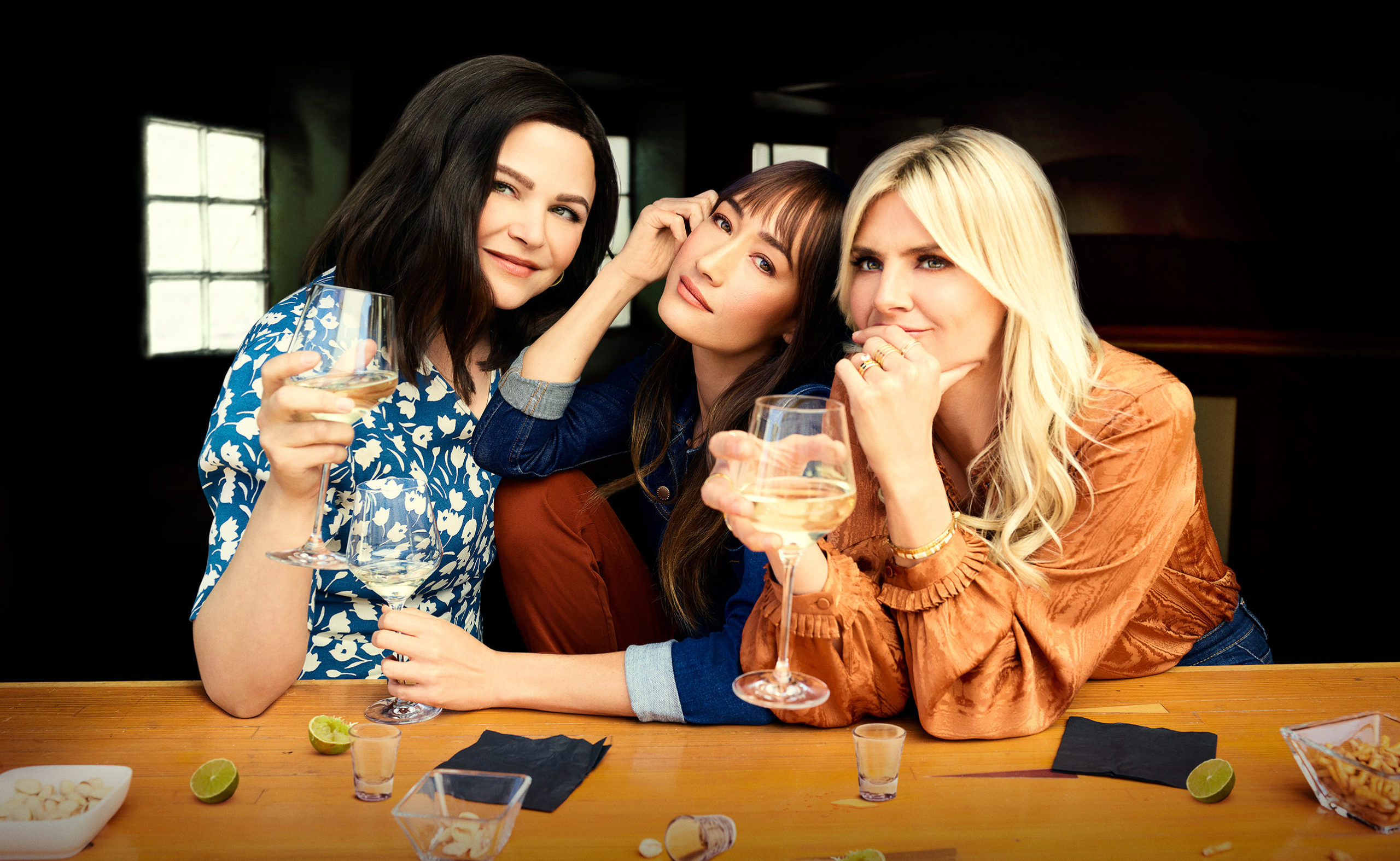 Set in a small, middle-class town in Long Island, the story follows three women who’ve been best friends since childhood. They’re coping with the death of the fourth member of their group. When faced with the reality that life is short, these three ladies decide to pivot. They alter their current paths, by the way of a series of impulsive, ill-advised, and self-indulgent decisions. These pivots strengthen their bond and prove it’s never too late to screw up your life in the pursuit of happiness.

Amy (Coupe) is the fearless producer of a local cooking show and, for her, managing many employees comes easily. Yet, when it comes to caring for her own children – a seven-year-old named Luke (Reyes) and an 18-month-old girl – she’s absolutely terrified. Despite her lack of maternal instincts, her husband Henry (Dewey), a contractor who never loses his cool, perfectly counter-balances Amy in all of her flaws. Her pivot is to be a more active, present mother.

Jodie (Goodwin) is a stay-at-home mom of three in a loveless marriage. Her husband is a controlling, finance-obsessed jerk, but Jodie has never even considered that the grass might be greener anywhere else. When she does, her pivot means getting in shape with her hot 27-year-old trainer, Matt (Neal), who gives her the attention and excitement she didn’t realize she’d been craving for years.

Meanwhile, Sarah (Q) is a successful doctor – both an MD and a Ph.D., as she will readily let anyone know. For Sarah, the loss of their friend is compounded by the recent divorce from her wife. After a life filled with stress, Sarah is sent into a tailspin that launches her pivot to a simpler, and thus happier life – working as a grocery store employee.

For all three of these women, the untimely and heartbreaking death of their friend serves as the wake-up call they didn’t know they needed. It forces them to look at their lives and ask themselves, is this as good as it gets?

Series Finale:
Episode # 10 – Coleen in a Box
Amy, Sarah and Jodie each reach different crossroads and decide to put their issues on the backburner to celebrate Coleen’s birthday. The ladies bring Coleen’s ashes out for a girl’s night that ends in turmoil.
First aired: March 10, 2022.

What do you think? Do you like the Pivoting TV show? Do you think it should have been canceled or renewed for a second season?