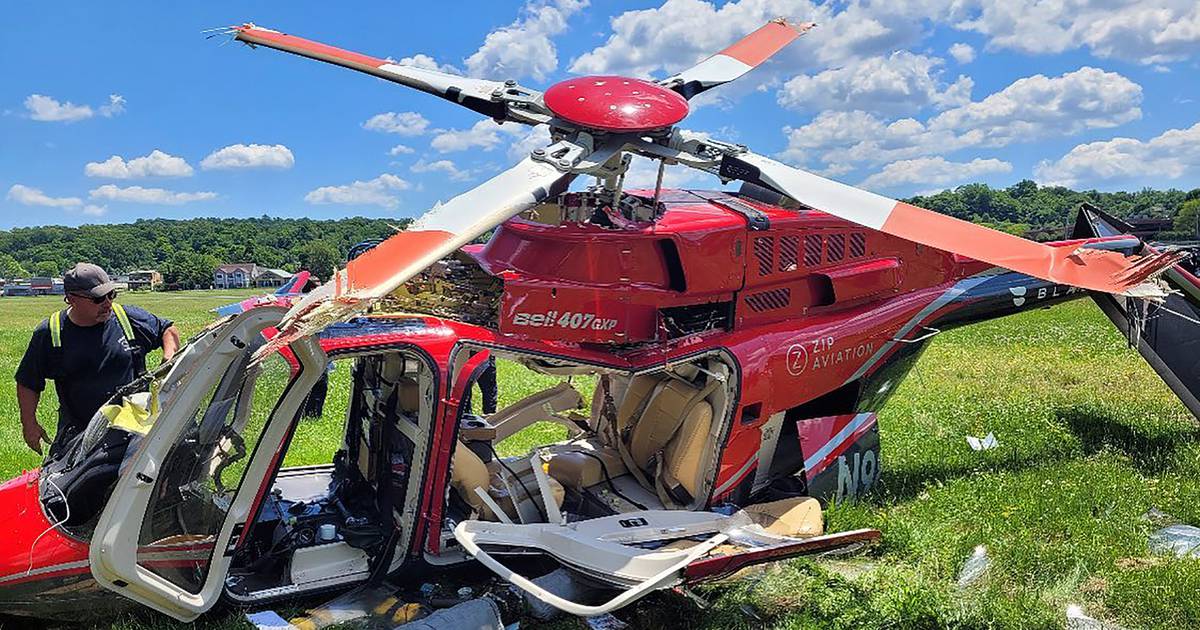 A helicopter pilot was seriously injured in a crash in Fairfield, NJ, while on his way to pick up a passengers for a charter flight, local police said Saturday.

The chopper, operated by Zip Aviation, crashed at Essex County Airport shortly after noon, according to the Fairfield Police Department.

First responders found the 33-year-old pilot, whose name was not immediately disclosed, “still in the pilot seat, partially leaning out of the cockpit,” police said. He was taken to a trauma hospital in Paterson with head injuries.

“It’s a tragic thing,” Sheriff Armando Fontoura of the Essex County Sheriff’s Office told NJ Advance Media. “But we’ll hope for the best that he pulls through.”

Zip Aviation did not immediately answer an inquiry asking what the helicopter’s destination was.

Besides charter flights, Zip Aviation is one of several companies that offer helicopter tours over New York City that have prompted local elected officials’ heated complaints about noise and safety concerns.

The chopper, which had no passengers, was about 100 to 150 feet in the air when it started spinning and crashed, a witness said. It hit a fence, according to the Federal Aviation Administration.

The 2015 Bell Model 407 helicopter landed near runway 28, on the north side of the airport, the Fairfield Police Department said.

The crash is under investigation by the FAA and the National Transportation Safety Board, police said.