Perv masturbates in front of girl, 17, on NYC train: cops 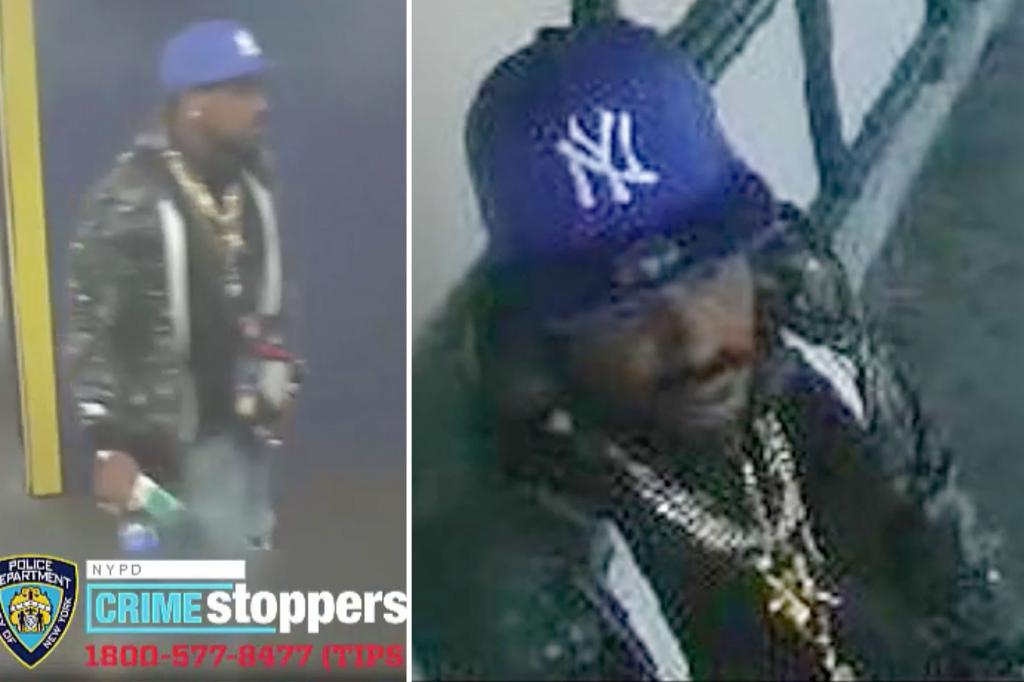 A perv exposed himself and masturbated in front of a 17-year-old girl on a Queens train this week, cops said.

The teen was riding a Manhattan-bound 7 train, approaching the 69th Street station in Woodside, just after 1 pm Tuesday when the creep approached her and whispered something inaudible, police said.

The victim informed the conductor, who ordered the man off the train at 69th Street, authorities said. He was last seen on the Manhattan-bound platform.

The victim stayed on the train, the cops said.

The suspect is described as a bearded man between 35 and 40 years old with a dark complexion and medium build, weighing 160 pounds and standing about 5 feet 4.

He was last seen wearing a blue Yankees cap, a blue bandana in his rear pocket, a gray T-shirt, earrings, a multicolored green jacket and blue jeans.