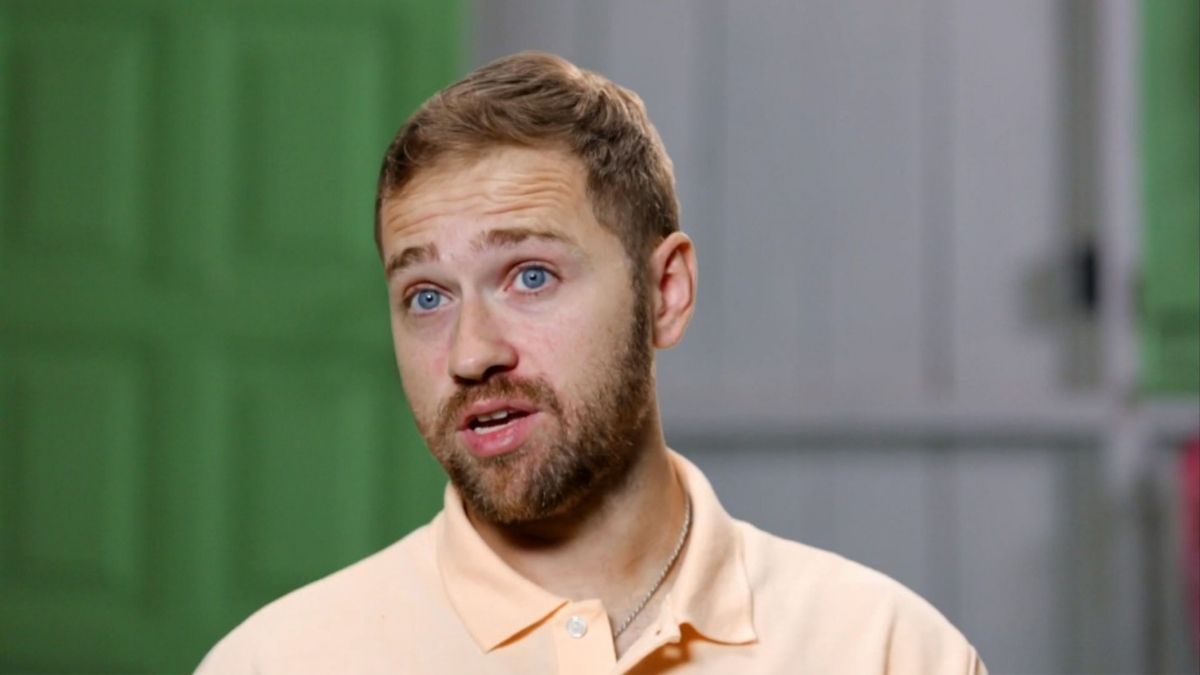 Paul Staehle may have picked up on one of his famous scenes coming across as cringy to 90 Day Fiance viewers because he reshared the embarrassing moment on social media.

In his Instagram stories, Paul posted a still image from the time he asked his now-estranged wife Karine Martins’ father for Karine’s hand in marriage.

The ridiculous part of the scene was that Paul used a hand gesture to simulate putting a ring on Karine’s finger but the hand sign he actually did was an inappropriate sexual innuendo.

It did not appear as though Paul or Karine’s father caught the mistaken communication but 90 Day viewers sure did.

The image of Paul down on one knee with a grin on his face looking up at Karine’s dad as he made the hand gesture lives on in 90 Day infamy and Paul just relived it with fans on Instagram.

Paul used his Instagram story to post a throwback image from when he was on Season 1 of Before the 90 Days where he met Karine for the first time.

The moment that Paul shared was when he asked Karine’s dad for his blessing to marry his daughter, but in his effort to communicate the thought, he used the wrong hand gesture.

The photo in his stories featured Paul using his pointer finger to go through a hole he created with his other hand as he looked up at Karine’s dad smirking.

Get our 90 Day Fiance newsletter!

It is unclear what prompted Paul to post the throwback cringy moment, but 90 Day fans got to relive it as a result.

What has Paul Staehle been doing since 90 Day Fiance?

Paul and Karine’s relationship has always been dramatic and culminated with them getting fired from the 90 Day network for domestic violence allegations in November of 2020.

The pair moved back to America for the second time from Brazil and they welcomed their second son.

Since their time on 90 Day Fiance, they started making strange adult OnlyFans content to support themselves. Karine also tried to pursue a career in cosmetology.

The paternity of their kids came into question again and Paul and Karine went on Maury to get a DNA test which ultimately proved Paul was the father.

The volatility of Paul’s relationship with Karine is still ongoing as they have two kids at the center of their marriage.