Paul Krugman declares US not in a recession, claims ‘negativity bias’ in media 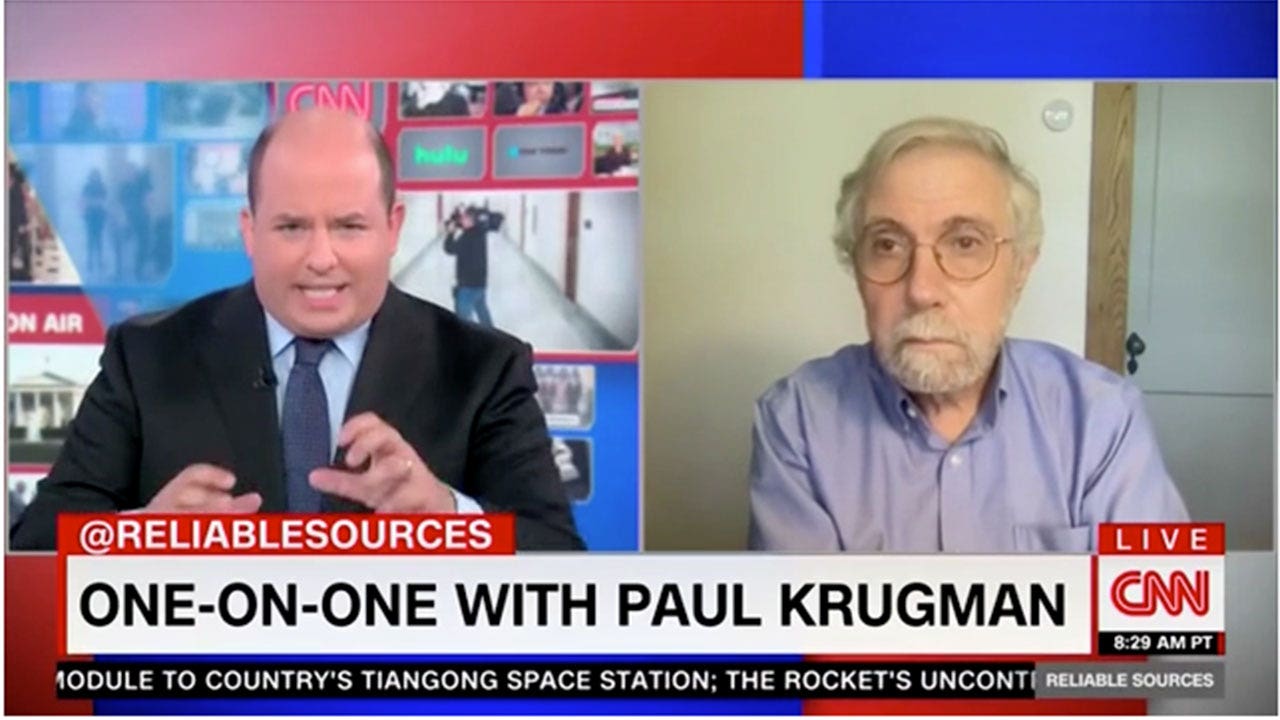 New York Times columnist and economist Paul Krugman joined CNN’s Brian Stelter on Sunday and asserted that the US was not in a recession and that the term did not matter.

“Are we in a recession and does the term matter?” Stelter asked.

Krugman responded, “No we aren’t, and no it doesn’t.”

“None of the usual criteria that real experts use says we’re in a recession right now. And what does it matter? You know, the state of the economy is what it is. Jobs are abundant although maybe the job market is weakening. Inflation is high, although maybe inflation is coming down. What does it matter whether you use the ‘r’ world or not?” he said.

Krugman said the debate surrounding defining a recession was “vitriolic.”

Economist Paul Krugman says we aren’t in a recession on CNN’s “Reliable Sources.”

“I’ve never seen anything as bad as this, the determination of a lot of people to say it’s a recession is above and beyond anything I’ve ever seen,” Krugman said, adding that partisanship was driving the debate.

The New York Times columnist suggested people “want” the “Biden recession.” “Never mind the fact that you know, it in fact is not a recession in any technical sense,” he continued.

Two straight quarters of negative gross domestic product (GDP) growth has typically been the technical definition of a recession.

“There’s been a kind of negativity bias in coverage. The press should be giving people – people have their own personal experience. And if you ask people how are you doing, they’re pretty upbeat,” Krugman claimed, adding that some will complain. about gas prices. “If you ask people how is your financial situation, it’s pretty favorable. If you ask them how is the economy, oh, it’s terrible. That’s a media failing. Somehow we’re failing to convey the realities of what’s going on to people. ”

Prior to the release of the GDP numbers, several members of the Biden administration appeared on news programs to attempt to redefine the technical definition of a recession.

Journalist Glen Greenwald criticized those who were attempting to redefine a recession in response to a clip of Krugman posted on Twitter. He said their efforts to protect the Biden White House showed “a new level of audacity no matter how low your opinion of them already is.”

National Economic Council Director and Biden White House economic adviser Brian Deese denied America was in a recession on Thursday after the GDP numbers were released.

“Well, we’re certainly in a transition, and we are seeing slowing as we all would have expected. But I think if you look at the full data and the type of data that NBER looks at, virtually nothing signals that this period in the second quarter is recessionary.”

Hanna Panreck is an associate editor at Fox News.