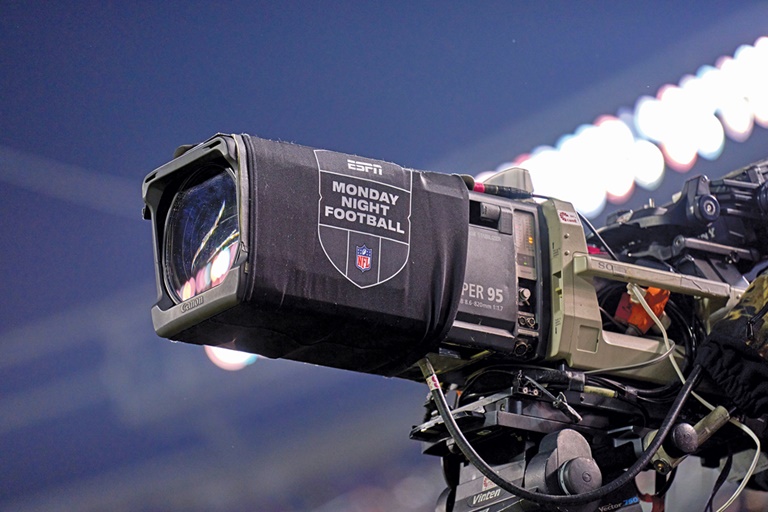 The first sign of ESPN’s new 11-year “Monday Night Football” deal came in January when ABC and ESPN simulcast Saturday’s doubleheader on the NFL’s final regular-season weekend. The games, which featured the Cowboys and Eagles, were high-quality matchups that determined the playoff position.

Another sign of ESPN’s new deal came in May when the NFL released its 2022 schedule. Gone are the days when the league understood “Monday Night Football” as a cable package and associated it with the worst sports ever. The “Monday Night Football” schedule is clearly stronger this season than in the past decade, as Super Bowl favorites like the Bills, Rams, and Bengals will be featured multiple times.

The next leg of ESPN’s revamped NFL package arrives this week, as it will feature two games at the same time on September 19. Titans-Bills airs on ESPN at 7:15 p.m., and Vikings-Eagles begins. at 8:30 p.m. on ABC, which will create an overlap of approximately 90 minutes. This will be ESPN’s only double-header this season. From next year, it will have three in each season.

Sometimes games will have an NFL RedZone look-and-feel, complete with live look-in and an always-on-screen scorebug to keep viewers engaged with the game they’re not watching. ESPN executives say they are treating Monday’s games as a test to determine the best way to present them in the coming years.

“We want to create many different, unique and special experiences for our ‘Monday Night Football’ franchises throughout the year,” said Julie Sobieski, ESPN’s senior vice president of programming and acquisitions.

Sobieski said ESPN would pay close attention to the total number of minutes watched, as well as reach and time-spend-viewing statistics. “We’re pretty good about navigating the fans in college football on Saturday,” she said. “We’re going to really leverage that expertise to make it seamless for fans.”

The Titans-Bills game will look like the regular “Monday Night Football” telecast on ESPN, when it starts at 7:15 p.m. Things will look different when the Vikings-Eagles game starts at 8:30 p.m. on ABC.

Both networks will, on occasion, use a double box showing both games. Scott Van Pelt will break into each telecast to deliver highlights and game updates. Suzy Kolber will host halftime shows on both networks, which will include live game look-ins.

“As we talked about the new deal, we wanted to increase the exclusive game inventory we have for ‘Monday Night Football’ and continue to grow our ABC presence,” Sobieski said. “It became a way for us to express the incremental list and do something unique.”