Outlander: Caitriona Balfe reveals what it was like being pregnant while filming the cesarean scene 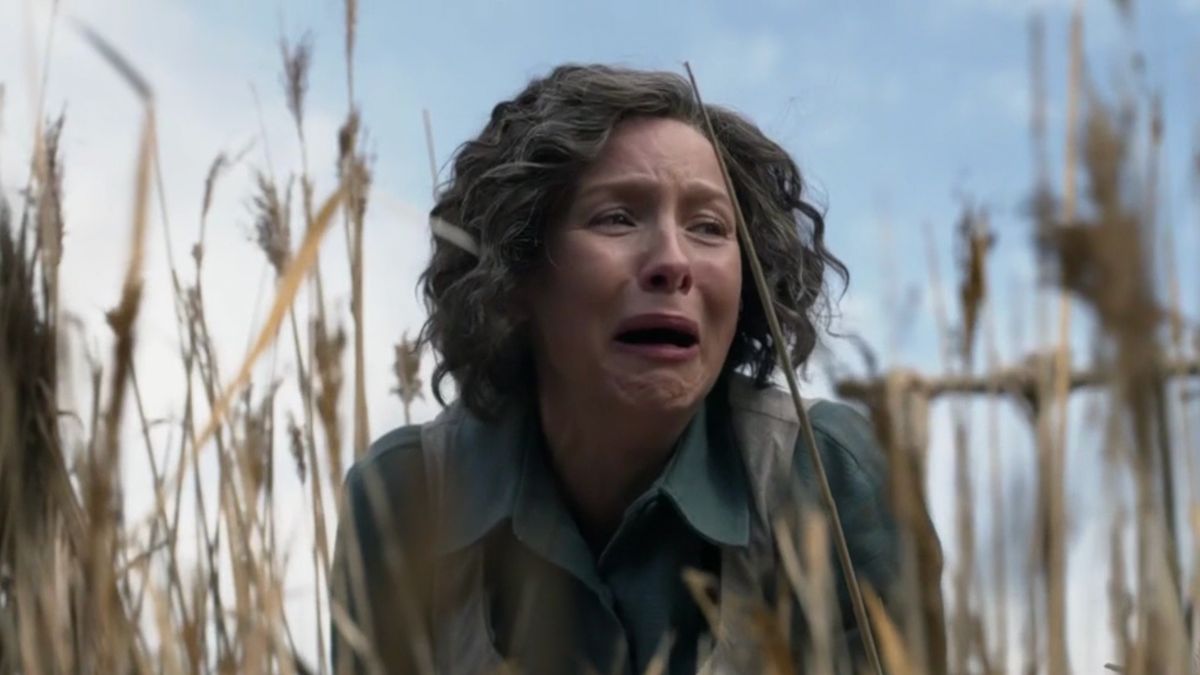 Season 6 of Outlander had many harrowing moments for the main character Claire Fraser. Included in the mix was having to perform a c-section on a deceased woman.

Caitriona Balfe, who portrays Claire, recently spoke out regarding what it was like filming that scene – as well as others – while she was also pregnant at the time.

As previously reported by Monsters and Critics, Balfe revealed after the fact that she had been carrying a child during the filming of Season 6 of Outlander with an endearing Instagram post.

She also wasn’t the only actor who took advantage of the global coronavirus pandemic to get pregnant, with two Game of Thrones actors, Sophie Turner and Natalie Dormer, also delivering babies during that time.

Caitriona Balfe was pregnant during Season 6 of Outlander

Balfe did have to work during her pregnancy. However, Season 6 of Outlander was truncated as a result of the pandemic.

With only eight episodes to film, it didn’t mean that was an easy feat. During the latest installment of Outlander, Claire was accused of murder, and a tense standoff that saw Claire having to wield a gun occurred.

After this, Claire was taken prisoner by Richard Brown (Chris Larkin) and dragged away by his Committee of Safety to ensure that Claire is taken to trial for the accusation of murder.

On top of this, Claire also had to perform a cesarean on Malva Christie (Jessica Reynolds) after she was murdered in an attempt to save the baby’s life.

This scene alone must have been a hard one to perform while pregnant, let alone the other more strenuous scenes.

The actor reveals details of filming the cesarean scene

Speaking to Awards Daily, Caitriona Balfe opened up on what it was like to have to do a c-section while also being pregnant.

“I probably could have worked out the timing a little bit better,” Balfe revealed regarding the filming of the strenuous scenes. “I was very early pregnant when we started shooting. So, in the beginning, it wasn’t too bad. “

Then, she explained just how rough it was emotionally to film the cesarean scene.

“When we got to the scenes where Claire had to perform the emergency C-section, our medical advisor, who is also called Dr. Claire, who was also pregnant at the time — and she and I were talking through this procedure and talking about what we were going to do. And we were both like, ‘I can’t believe we have to do this. This is absolutely horrible. ‘”

While the scene was difficult to do, Balfe revealed that the most challenging scene was actually the one involving the baby coffin.

“When you’re pregnant, that’s the last thing you want to be seeing or touching, and that was hard,” Balfe said.

Outlander has been renewed for Season 7, but the premiere date is TBD.