Oscars: What Was Happening in the ABC Control Room as Will Smith Slapped Chris Rock

Home /Movies/Oscars: What Was Happening in the ABC Control Room as Will Smith Slapped Chris Rock 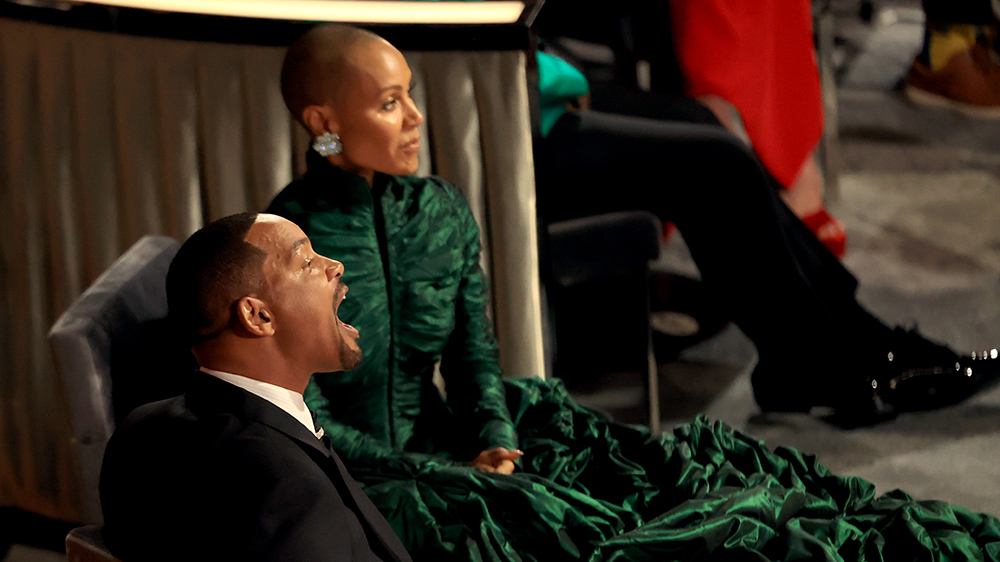 ABC’s Rob Mills was sitting in the Oscars production trailer on Sunday night when the show’s producers and director Glenn Weiss realized things were starting to go awry.

“Chris Rock came on and he was doing, I think, material based on what happened that night as any comedian will do,” Mills recalled to Variety the day after the now-infamous Will Smith / Chris Rock Oscar Slap. “He made the [‘G.I. Jane’] joke. Obviously, you could see the joke did not land with Jada. And then you will see Will start to get up and walk up. “

The professionals in the control room are used to unplanned incidents – including Weiss, a live TV veteran who also directed the Oscars of the year “La La Land” was mistakenly announced as best picture before “Moonlight” ultimately won. “There have certainly been unpredictable moments where people have gotten up and done things, so we thought this was one of those,” Mills said.

The “GI Jane” quip was an ad-lib not in the script, Mills added. The severity of the situation quickly became apparent when Rock and Smith both started swearing. “You started to realize this is real once Chris, who certainly knows the limits of broadcast standards, said, ‘Will Smith slapped the shit out of me,'” Mills said. “That’s when it became obvious that this was not a joke.”

For viewers at home, the confusion continued as ABC’s censor dropped out of the audio for a lengthy period of time. “When you’re on the button, which I wasn’t but our standards people were, I think you obviously go towards overcorrection rather than letting something get through,” Mills said.

International broadcasters get their own raw feed of the ceremony and must decide on their own whether to bleep – which is why unbleeped video from other countries soon appeared on social media, showcasing what really happened.

From there, the decision inside the control room was to keep the show going. “We had heard that Denzel Washington and Tyler Perry had gone over to Will to kind of see what was going on and offer some counsel,” Mills said. “But you have to remember that you’re putting a live show on. Had this been something that was being pre-taped, we would have stopped down. Things would have been addressed. We would have seen what to do next. But here, you have to remember you’ve got a show to do. Obviously, this was something that was unfortunate, but it wasn’t to a degree that you think, ‘Okay, we need to just stop the entire show.’ And the show just kind of went on. “

Mills said the Academy will have to post-mortem what happened on Sunday night and perhaps put protocols into place in the event that something like this happens again. “One quick shout out I want to give is to the director Glenn Weiss,” Mills added. “I was in the truck with him in our control room on New Year’s Eve when Mariah Carey was having some singing vocal issues. I was with him when they did the wrong envelope on ‘La La Land’ and I was with him last night. And there is nobody who keeps a cooler head and just keeps the show moving along. While obviously, knowing exactly what’s happening. He really is the best in these situations. “

As for whether the Academy considered asking Smith to leave, Mills said he wasn’t aware of those discussions – but also noted the unusual nature of what was happening. “This was a real almost billion to one moment where the person involved in this incident was the probable winner for best actor,” Mills noted. “So it’s just a scenario you don’t really know and you just got to keep the show going in the meantime and then obviously, AMPAS will address this afterwards, in the post mortem.”

When Smith gave his acceptance speech, a few glitches caused the screen to go to an Oscars logo slide while the actor was speaking. There have been reports of a wardrobe malfunction – but Mills, watching the feed live, didn’t see anything of that nature and isn’t sure what happened. “I don’t know quite what the issues might have been. It was certainly not anything that was obvious to me watching the feed. “

After the Smith incident, host Amy Schumer came on and helped lighten the situation by jokingly asking the audience if she had missed anything while in the wardrobe. Mills said that highlighted the need to have a host, something the show hadn’t had since 2018.

“The one thing I think we all realized and we started to see in rehearsals is boy, how much we missed having a host,” he said. “It was great. And imagine if it was one of the last three years where there was no host… I thought all three women were great throughout the entire night. “

Variety spoke to Mills on Monday morning as he also cheered the show’s ratings growth – still the second-lowest Oscars on record, but something of a viewership recovery, at 15.36 million, from last year’s COVID-related drop. Below, find the answers to other burning questions from this year’s ceremony.

Did DJ D-Nice clear his musical cues? They led to some controversial moments, such as his use of the song “Africa”?

I saw some of the chatter as well. I don’t know who he cleared it with. And certainly, I was unaware of them until I had seen the show. So that I’m not sure, whether he cleared it or it was in the moment.

Why showcase a “We Don’t Talk About Bruno” remix, with Megan Thee Stallion, Luis Fonsi and Becky G, instead of the full song?

Will Packer and Shayla Cowan, his producing partner, they tried things and made choices and they went for it. I think they were certainly just trying to make something feel special and unique. They brought in Megan Thee Stallion, which I think was a big get, and Luis Fonsi and Becky G at the end. But you also had the original cast at the beginning. I think the point people who really love the song make is a valid one. I thought the number was great. But I do understand the people who were waiting for some of those lines. I get that.

Why weren’t the eight ‘Golden Hour’ winners’ speeches shown in their entirety?

It was very important that every nominee was named and their work was shown, which it was. Some of the speeches were edited down. It’s hard. I think everybody who had feelings about this, I understand where that came from. So it’s easy for me to say, maybe we didn’t get all the words, but we got the music of the speeches. This is something obviously we will postmortem about as well, and talk about what worked and what didn’t and what it looks like next year.

What caused the telecast to go beyond three hours?

Every year I try and find out what I can put my finger on, “Here’s what made it so long.” And every year it’s the same, I honestly don’t know. All of a sudden, I look at the clock and it’s past 11 o’clock on the East Coast, ”Mills said. “The show in rehearsals felt like it went quickly. Obviously, speeches go along, but the speeches were beautiful last night. I don’t think there’s anyone you really didn’t want to hear from or say that speech should have been shorter. You’re trying to pack an entire year’s worth of celebration of movies and in three hours, and it’s always difficult. Certainly Will Packer really came in with the idea that this has got to be not a second over three hours. Everybody has that intention. Sometimes you look at a show and you’ll say, ‘If I do it all over again, maybe we would have moved that or cut that here.’ I’m hard pressed to find anything that I thought was really really too long, and we should have gotten rid of. “

Where did the idea come from to give the in memoriam more of an uptempo vibe?
That was all Will and Shayla and that was their vision, and I have to say, I really applaud them for it. This year it felt like more than a lot of other ones, we lost a lot of touchstones. This was chosen to consciously be a celebration of life, I thought was absolutely fantastic.

Why wasn’t Billie Eilish’s and Finneas’ “No Time to Die” performance connected to the James Bond tribute?

To be quite frank, I was wondering that myself. I think it was just a conscious choice to separate it. I probably would have done that as well. But you know, you can never have too much Bond. Two Bond moments is not a bad thing to have.

Did the producers approach the living James Bonds to gather as part of the tribute to the franchise?

I know that Daniel Craig was shooting so I know it was at least bandied about. But I also think, I’ll never fault a producer for wanting to try something different. I think here, Will wanted to try things that were a little unexpected. That’s exactly what you would have expected was for all the James Bonds to come out. So I think he was trying to find a through line between the world’s greatest spy and three of the world’s greatest athletes.

Was there ever a plan to open the show with Beyoncé live in Compton?

Beyoncé really had a vision for that, as you can see, that was somebody who has that in their head. And that was really, I think for us, what is the best way to implement that vision? And it was to pre-tape it and make sure it was absolutely perfect.

Was there anything cut for time?

There was a few, but Amy, Wanda and Regina really made the choice to kind of go on, kill and get off. There wasn’t any elaborate bits that we wouldn’t get to see. You saw most of it. There was a few sort of odds and ends. You really got to see almost everything. Everything that all three ladies did was not super elaborate. Other than Amy putting in some rigging and flying down like Spider-Man, it was all them coming out and saying stuff.

Might Will Packer return as producer again next year?

That’s really up to him. Obviously, he has a day job. I really have to thank him, whether he’s done this one and that’s it or he does more in the future. He’s a one man industry. And he really spent most of the end of last year and all the beginning of this one working on this and making a really great show.

Janice Shirey
Cheer star Morgan Simianer gets engaged to Stone Burleson in Dallas after a year of dating
Man found dead near Times Square after being repeatedly stabbed, cops say