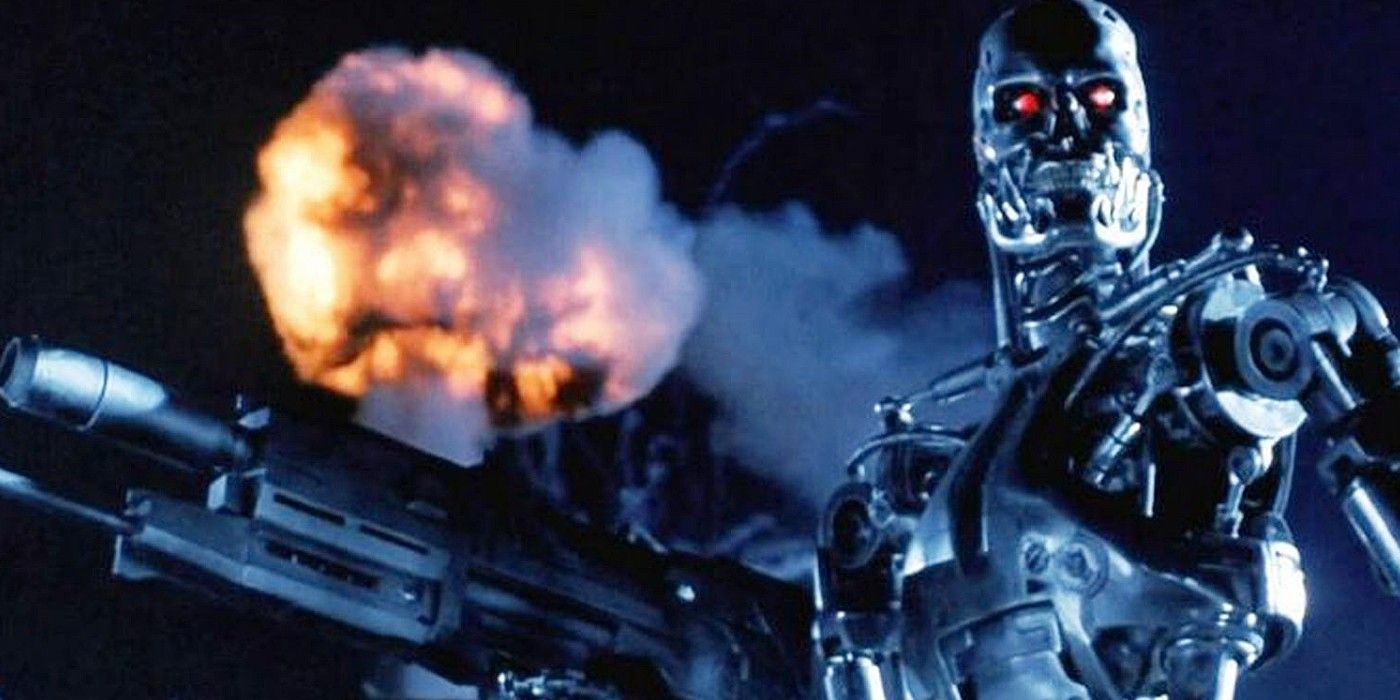 Terminator 2: Judgment Day remains one of the most popular movies of all time. When it was released in 1991, James Cameron’s sequel to The Terminator was the most expensive movie ever made and was easily the highest-grossing film of that year, as well as the most rented movie after its release on VHS and LaserDisc. But its cultural impact lasted much longer than that single year, as Arnold Schwarzenegger immediately became the leading international movie star for more than a decade, and Cameron continued to dominate the box office with his next three blockbusters. True Lies, Titanic and Avatar. This cultural behemoth seems like an incredible sequel to celebrate if it weren’t for one thing: Terminator 2 is the reason the Terminator franchise failed and could never recover.

Coming out seven years after the first film, Terminator 2 at first seems like a worthy next step in the franchise. With its mix of returning characters and new faces, bigger action set pieces and an upgraded villain thanks to a super slick CGI, the sequel seems to check off all the right boxes. Yet, there are some truly embarrassing changes that not only undermine the effectiveness of the film itself but ultimately derail a franchise before it even had time to get started.

The most noticeable and overarching shift between the two films is the wild departure in tone and pacing. 1984’s The Terminator is still a paragon of filmmaking, with its tight structure, memorable scenes and perfect performances, from Schwarzenegger’s near-silent menace as the T-800 to Linda Hamilton’s sincere desperation and courage as Sarah Connor. There’s not a second of film to cut, with a deliberate pace that successfully ratchets up the tension all the way to the final scene, as even the interludes of calm are underscored by the T-800’s invincible horror that’s lurking on the periphery.

Terminator 2 abandons all of that, with a tone that’s hard to pin down and a pace that messily flows in starts and stops. Especially with an opening that mirrors the first film – a pair of time travelers from the future sent to either protect or destroy a person in the present – Terminator 2 sets up a sequel that appears to continue the energy from the first, only to give audiences something entirely different. That’s not to say all sequels must stay true to the original, as there are many wonderful examples of follow-ups that undermine an audience’s expectations, but the problem with Terminator 2 is that this departure from tone does not connect with the franchise as a whole, a change as jarring as it is ineffective.

The plot of Terminator 2 is simple enough to outline in a single sentence, yet its nearly two-and-a-half-hour runtime is loaded with unneeded voice-overs and a plot that can’t decide who its main character is or whether it’s a heist film, action movie, family drama or buddy comedy. The best element of Terminator 2 is the introduction of the T-1000, played with mild and indifferent creepiness by Robert Patrick, but even with actually exciting scenes with this new villain, he fails to deliver in any important way as his presence isn’t maintained and his terror is forgotten once he’s off-screen. Perhaps after realizing they created something way too powerful, the only option Cameron had was to just exclude him from the plot, as there are entire chunks of Terminator 2 where he isn’t in the movie at all.

It’s hard to know whether Schwarzenegger’s performance in Terminator 2 is just another casualty of the tone and pacing issues or is actually the cause of them, but either way, his transformation from silent killer to goofy step-father is hard to ignore. According to interviews, Schwarzenegger and Cameron were determined to reform the titular character into one of the good guys, both as a response to Schwarzenegger’s success as an action hero since the original. Terminator The movie was released, as well as an opportunity to take a stand on violence. But once again, due to a confused script and an overly violent set of main characters, the gunfights and explosions actually accomplish exactly the opposite, transforming the upsetting and terrifying violence from The Terminator into meaninglessly cool violence in Terminator 2.

Violence aside, the concept of T-800 turning good isn’t even a problem. There are some great examples of villains exploring those better aspects of their humanity, as seen in Star Wars‘Darth Vader and Avatar: The Last Airbender‘s Prince Zuko. The problem is that this entire transformation is done off-screen, mentioned only through dialogue and feels entirely unearned. Especially through a marketing campaign that spoiled the twist before audiences even saw the movie, the T-800 undergoes no metaphysical journey but simply appears in Terminator 2 as a lovable, brainless goofball ready to protect an annoying little boy he was previously hellbent on killing. This would be like if Vader was seen immediately onboard the Millennium Falcon at the beginning of The Empire Strikes Backlearning how to say “We’re doomed” from C-3P0.

The T-800 asks those childish questions about pain and tears that lazy filmmakers like to include as a stand-in for an actual investigation into what it means to be human, so by the end of Terminator 2, Schwarzenegger’s character hasn’t completed some existential breakthrough or any actual growth, but simply remains the same heartless machine who now knows how to say “Hasta la vista, baby” and give out high-fives.

Sarah Conner Regresses to a Powerless Mother Archetype in Terminator 2

One of the strangest phenomena to emerge in the wake of Terminator 2‘s release was to continue to define this new version of Sarah Connor as a feminist icon. If someone were to superficially glance at the character, the confusion is understandable: in an era of musclebound, gun-toting male heroes, this’ 90s version of Connor does seem to be a similarly tough woman warrior. However, the story Terminator 2 tells ultimately strips her of that power, a role she thoroughly earned during her first run-in with the T-800 in the ’80s.

The Terminator is a perfect horror movie that uses its unsettling mix of practical gore effects and unpleasant violence to explore modern America through a feminist lens. The film’s use of casual sexism, even before Sarah confronts the Terminator, displays a world where the T-800 isn’t some new expression of violence but rather a more extreme version of the misogyny that already exists. Even the men who are there to protect her are threatening and dismissive toward her, hardly the heroes anyone would expect. By the end of The Terminator, all the men die, failing to protect her and allowing Sarah to learn that she can save herself.

The Sarah that emerges in Terminator 2 is entirely removed from the strong woman that ended the original film. Yes, she’s ripped, shoots guns and even does pull-ups, but the story Cameron tells this time is overwhelmingly regressive. In one of her rare moments of action after teaming up with her son and the recoded T-800, she is unable to go through with the plan and breaks down sobbing while consoled and directed by her teenage son. And at the very end, taking place in a factory that is eerily similar to the ending location of the first film, Sarah Connor is powerless against the T-1000 and must be saved by the men in her life while all she can do is meekly protect her son.

Terminator 2 Left the Franchise Trapped With Nowhere to Go

Terminator 2 is a confused movie, supposedly a condemnation of male violence that makes that very thing cool and fun, and supposedly about the creative power of women with a main female character who is powerless on her own requiring an entourage of men to save her. But since Terminator 2 was wildly successful, the trajectory of the franchise was redirected to its themes and characters, making all the subsequent Terminator movies judged on those grounds. Both Terminator 3: Rise of the Machines and Terminator Salvation explore these similar ideas of machines with human feelings and underprepared heroes with a nuance absent from Terminator 2yet both films are overly criticized and underappreciated simply because they are not Terminator 2.

People often have fond memories of the movies they watched as kids, and Terminator 2 certainly holds a special place in the minds of gen x and millennials, those born amidst the burgeoning heyday of home video, as well as the dawn of a new era of CGI-focused special effects. But in the 30 years since its release – especially after the MCU, Star Wars and other franchises brought the concept of worldbuilding to the mainstream as a legitimate way to tell a story – Terminator 2 now feels truly tragic when juxtaposed against everything that worked in The Terminator.