On the Road with ‘Hacks,’ Young Uhura on New ‘Trek,’ ‘Atlanta’ in Black and White, Passing Judgment on ‘Sheldon’ Jean Smart returns in the Emmy-winning Hacks as legendary comic Deborah Vance, who hits the road to test a new act with her millennial sidekick Ava. Cadet Uhura has a memorable first away mission on Star Trek: Strange New Worlds. The latest stand-alone episode of Atlanta, shot in black-and-white by writer-director Donald Glover, is a fiery allegory of racial identity. On Young Sheldonthe church weighs in on Georgie’s pregnancy scandal.

Jean Smart returns in her triumphant Emmy-winning role as stand-up comedy legend Deborah Vance, who in the second season of this glorious showbiz fable is forced to hit the road to hone a risky and revealing new act when she’s dumped from her longtime Las Vegas residency. Along for the very bumpy ride: millennial writer and sidekick Ava (Hannah Einbinder), now written less as a pretentious foil than as a willing apprentice, whose dues-paying verges on the slapstick. But first, there’s that pesky matter of the e-mail Ava drunkenly sent out, exposing Deborah’s worst boss-lady traits. Can this working relationship be saved?

An early breakout from the cast of this winningly traditional Trek prequel is Celia Rose Gooding as Cadet Uhura, learning the ways of Starfleet from Capt. Pike (Anson Mount), Spock (Ethan Peck) and others. Her gift at linguistics — she speaks 37 languages ​​— will come in handy on her very first away mission, when she, Spock, security chief Noonien-Singh (Christina Chong) and Sam Kirk (Dan Jeannotte) brother to you-know-who —Head to the surface of a comet that’s more than a comet as it threatens to destroy a peaceful planet. The episode also deals heavily with the concept of predestination, which leads Pike and his Number One (Rebecca Romijn) to debate whether his own fate has already been sealed. 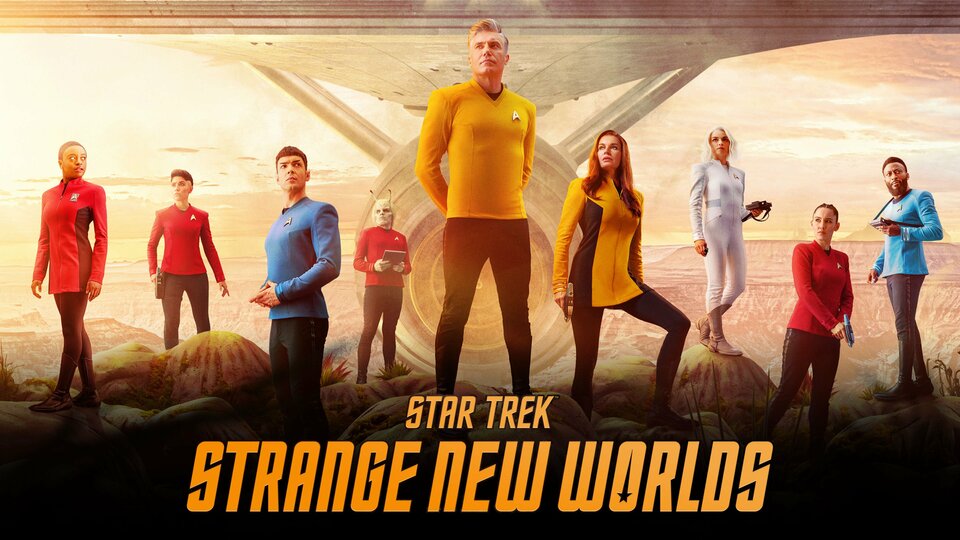 Series creator Donald Glover writes and directs another of the season’s polarizing stand-alone departures from the European odyssey of Team Paper Boi. This vignette, symbolically filmed in stark black and white, is a fiery meditation on racial identity, focusing on a mixed-race high-school senior whose future could be determined by how he passes on a very judgmental scale of Blackness.

The Cooper family’s dirty secret — Georgie (Montana Jordan) has knocked up his girlfriend Mandy (Emily Osment) becomingis becoming public knowledge around town, and to no one’s surprise, the church congregation is getting in on the action with gossip that could lead to moralistic judgment. Leave it to outspoken sis Missy (Raegan Revord) to stand up for her brother.