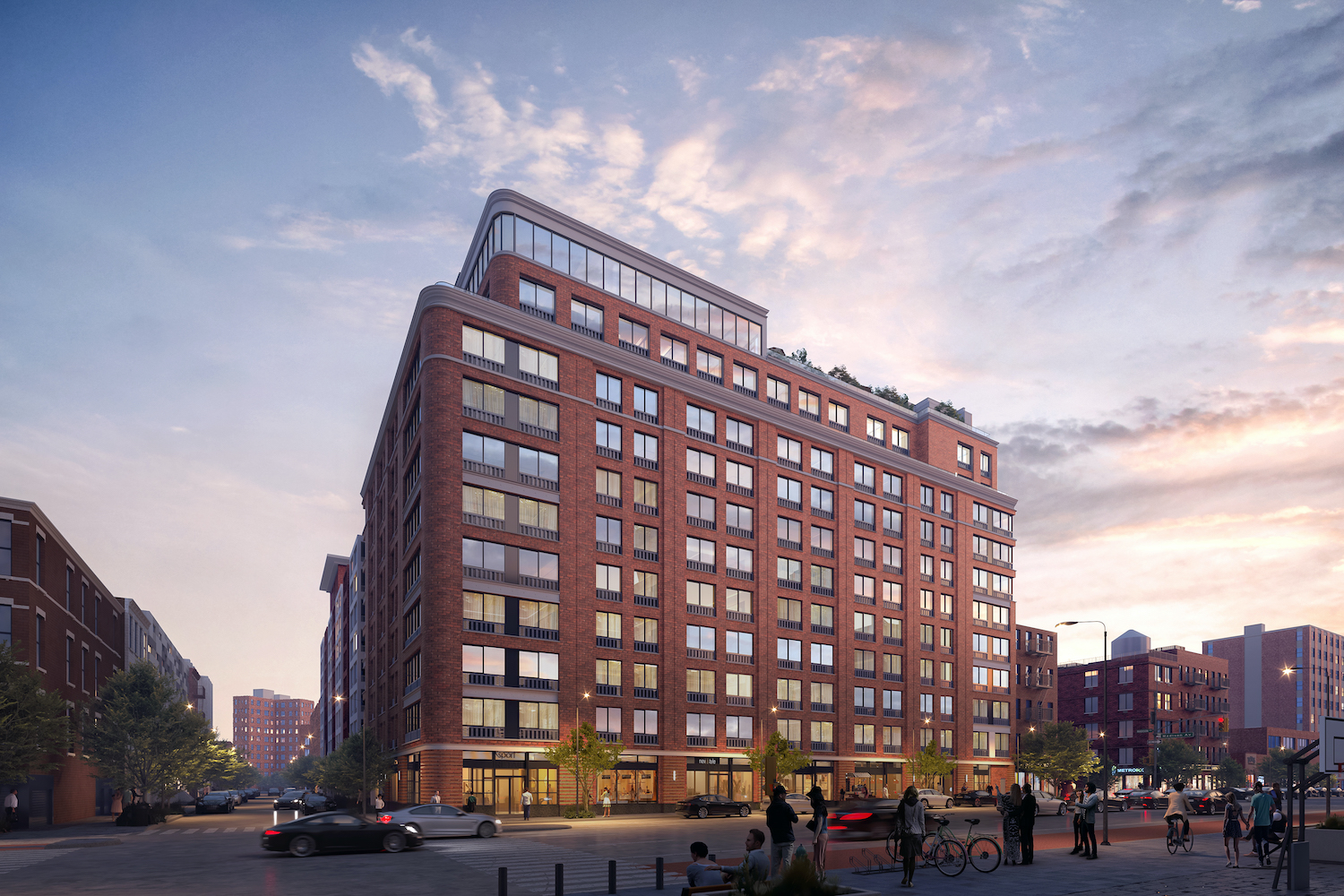 The newly constructed 1998 Second Avenue is expected to begin occupancy in August. Developed by Bolivar Development and designed by GF55 Architects, the 12-story structure will bring 164 rental units and an expansive amenity package to Second Avenue between 102nd and 103rd Streets. Leasing is being handled by Cantor Pecorella with pricing starting at $ 2,400 per month. 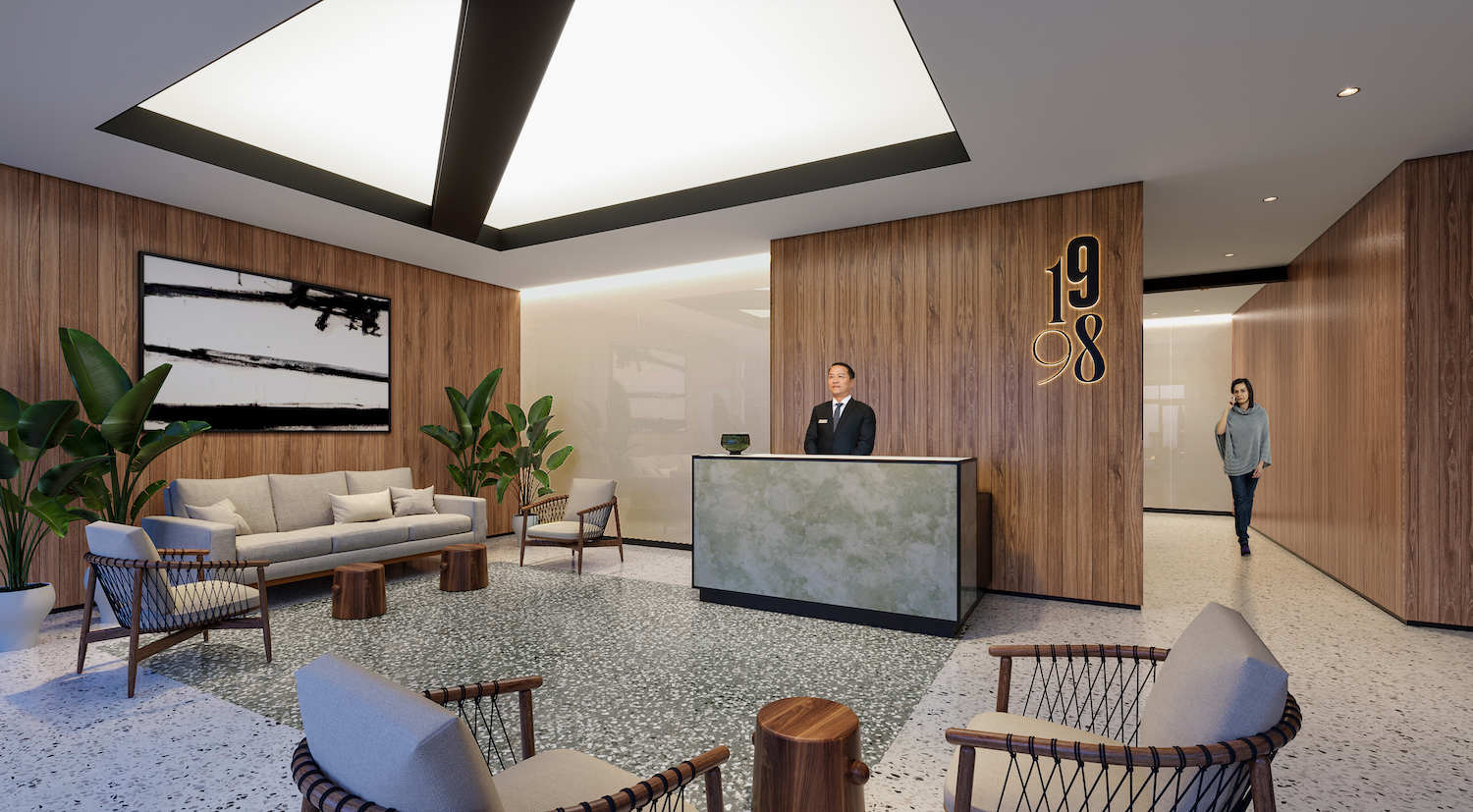 “This vibrant neighborhood has seen dynamic growth in recent years, particularly with the expansion of the Second Avenue subway line, and 1998 Second Avenue fills the growing need for a new elegant rental product,” said Peter Fine, founder of Bolivar Development. “The rich amenity package, convenient location, and competitive pricing will combine to make this one of the most in-demand rental buildings in Manhattan.” 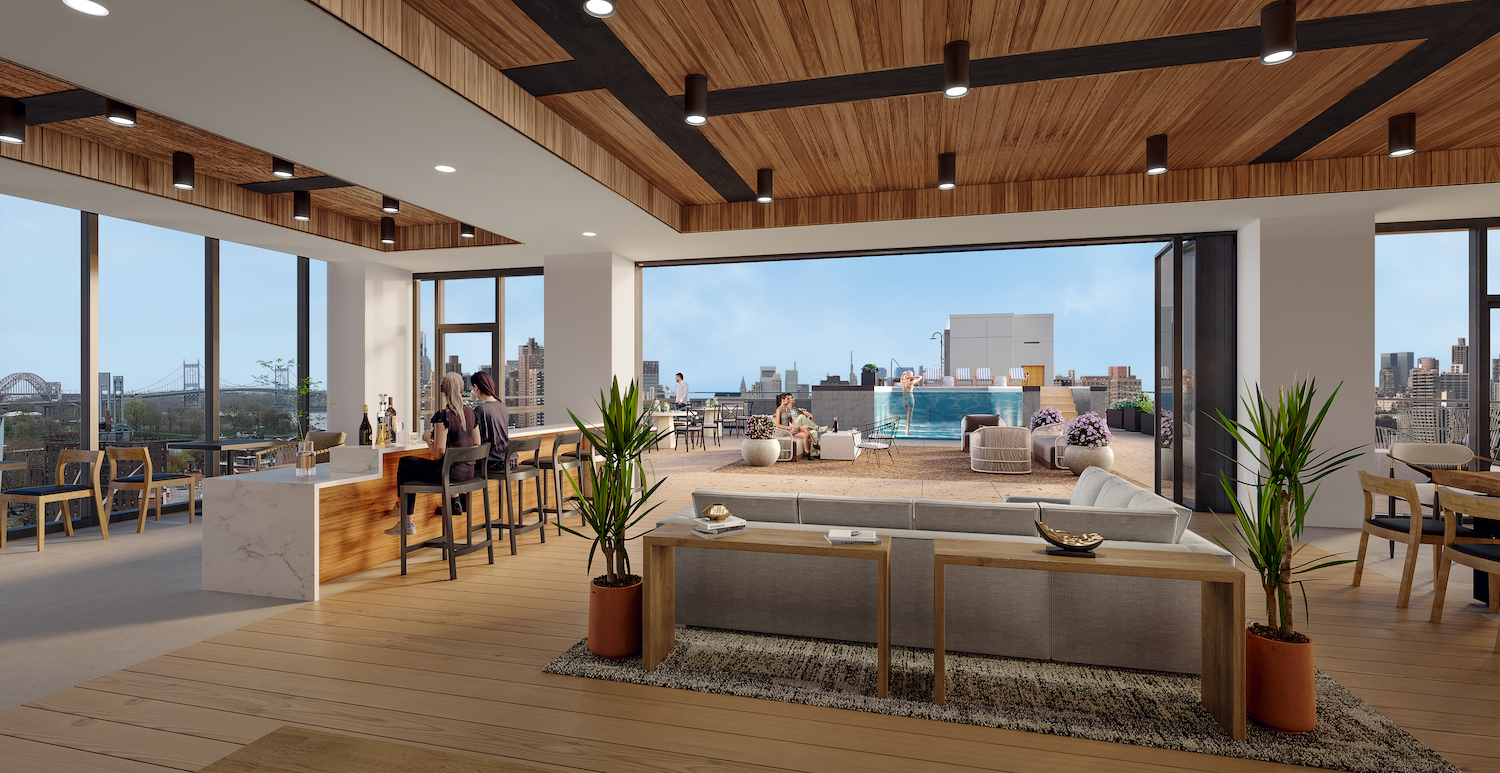 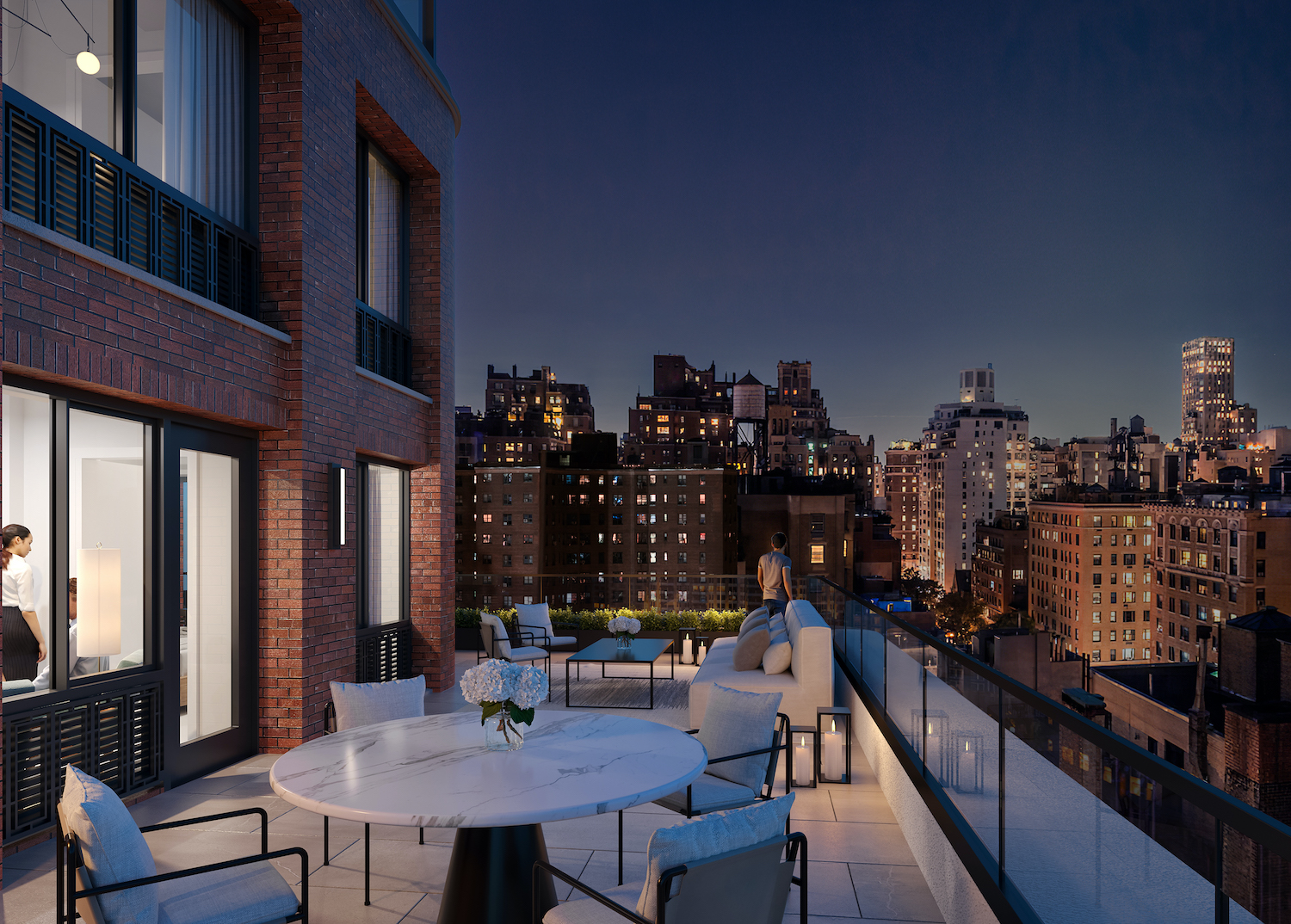 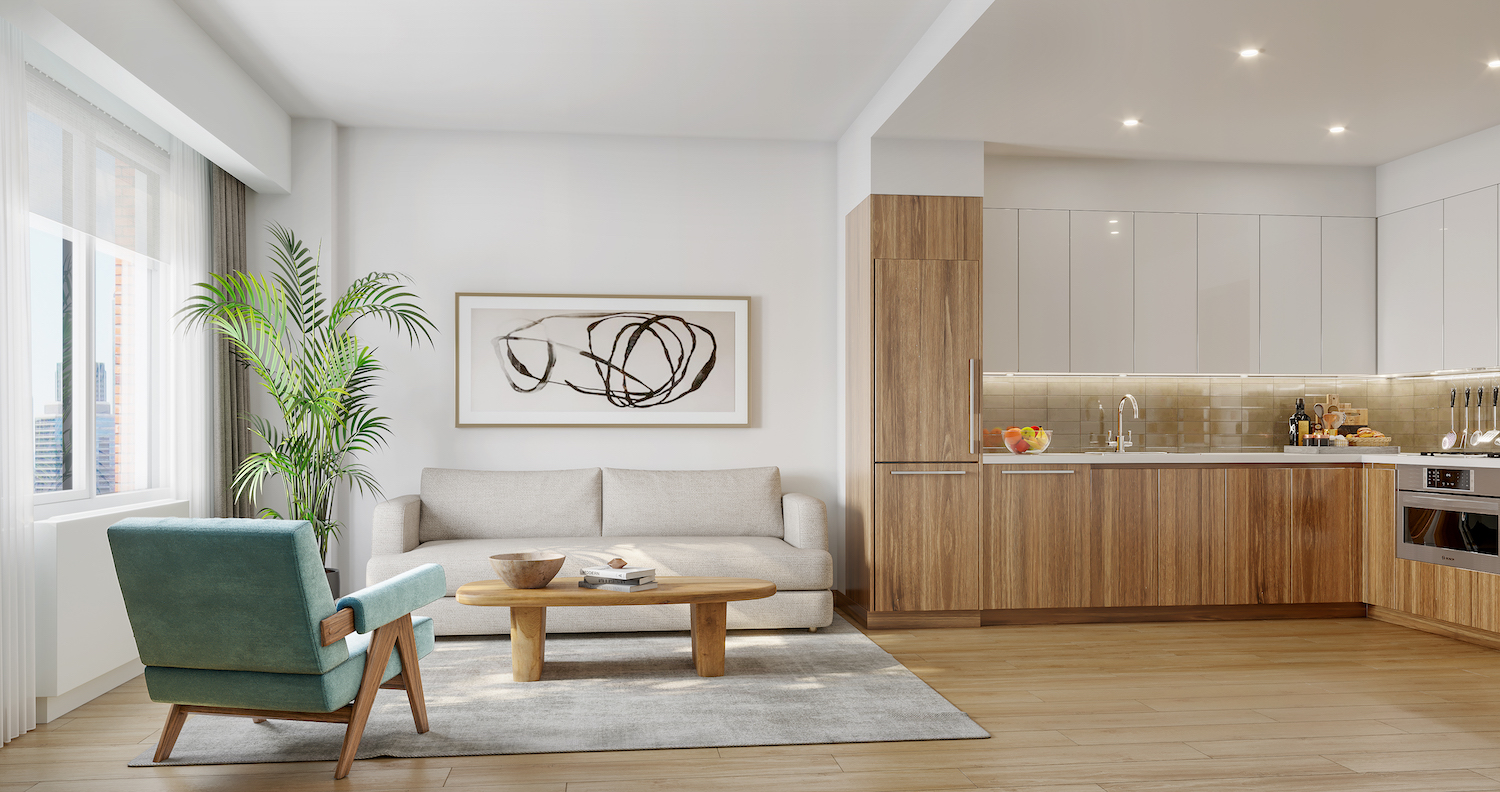 Residents will have access to a wide range of amenities including a 4,000-square-foot lounge on the 12th floor with floor-to-ceiling windows, a bar, fireplace and large screen television, and opens out to a landscaped 3,500-square-foot. Roof deck with a swimming pool, 17-foot LED TV, and BBQ areas with table seating, and views of the East River. Additional amenities include a state-of-the-art fitness center by Perform Better, a media and screening room, resident storage including a bike rack, pet-friendly policies, and a 24/7 attended lobby.

“The range of amenities that are being offered at 1998 Second Avenue is a true stand out and unlike any other rental developments in the area,” said Richard Cantor, principal of Cantor Pecorella. “There are very few buildings that provide so many perks for free for their residents, so we are very much looking forward to getting these residents through the door to the outstanding product Bolivar has developed.”

Green spaces within walking distance include the East River Greenway to the east and Central Park to the west. Public transportation access points including the 6 train service at the 103rd Street subway station and Q train service on the Second Avenue line at the 96th Street station.