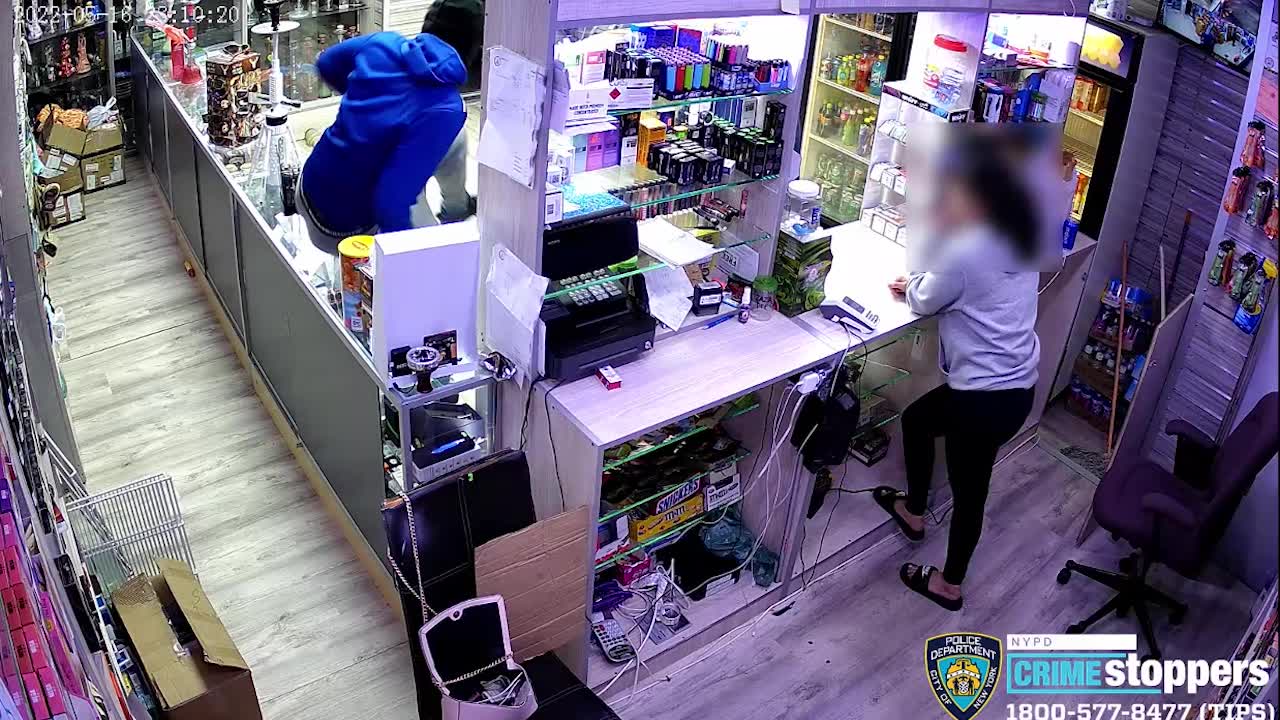 The NYPD is looking for a group of thieves who have struck at least three stores. In each incident, one robber pepper-sprays someone in the store.

NEW YORK – The NYPD is looking for several people who have robbed at least three stores since May 16 – two in Brooklyn and one in Manhattan – using pepper spray as a weapon to hurt store workers.

In each robbery, the masked thieves entered the store, pepper-sprayed a worker, and then stole cash and merchandise, the NYPD said.

Police released video footage from a security camera showing the first robbery, which happened just after 11 pm on May 16 at a store on Coney Island Avenue in Sheepshead Bay, Brooklyn. The video shows three men milling about the convenience store and then one jumps over the counter while another man sprays a 21-year-old woman working behind the counter. She then tried to escape the robbery but the thieves grab her and spray her again, the video shows.

The men got away with about $ 500 in merchandise, police said.

“The victim sustained minor injuries as a result and did not require medical attention on the scene,” the NYPD said.

Police believe this incident is connected to two other similar robberies that happened in Bay Ridge in Brooklyn on May 19 and in Greenwich Village in Manhattan on May 29.

Three people targeted a store at 2776 Coney Island Avenue: “One of the individuals displayed and discharged a pepper spray at a 21-year-old female employee while the other individuals removed approximately $ 500 worth of merchandise. The individuals fled southbound on Coney Island Avenue. The victim sustained minor injuries as a result and did not require medical attention on the scene. ” NYPD

Two people hit a store at 7910 3rd Avenue: “One of the individuals displayed and discharged a pepper spray at a 32-year-old male employee while the other individual removed merchandise as well as approximately $ 700 from the cash register. The individuals fled northbound on 3 Avenue. The victim sustained minor injuries and was transported by EMS to NYU Langone Hospital Brooklyn in stable condition. ” NYPD

Two people robbed a store at 496 LaGuardia Place: “One of the individuals displayed and discharged a pepper spray at a 29-year-old victim while demanding property. The individuals removed approximately $ 400 from the cash register before fleeing in an unknown direction. The victim sustained minor injuries as a result and did not. require medical attention on the scene. ” NYPD