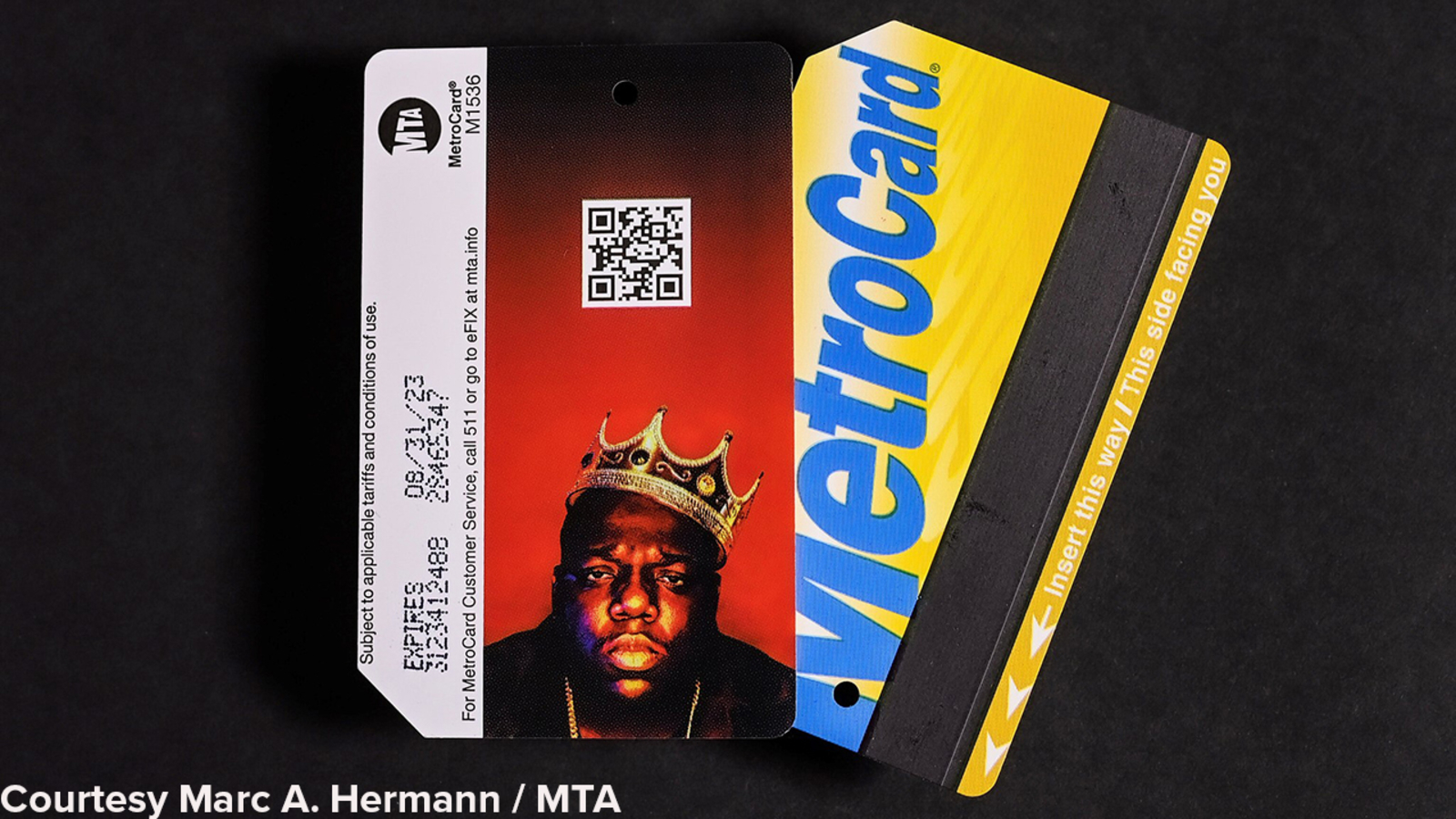 Local News |
BROOKLYN, New York City (WABC) – New York City is preparing to honor the late rapper Christopher Wallace, better known as Biggie Smalls and the Notorious BIG, who would have turned 50 on May 21.

The MTA, in partnership with Rhino Entertainment, has announced that MetroCard vending machines at four Brooklyn subway stations will be loaded with limited edition cards honoring the Bedford-Stuyvesant native.

Wallace grew up in Central Brooklyn and released two Grammy-nominated studio records during his career, which was tragically cut short at the age of 24 in a still-unsolved murder.

His debut album, Ready to Die, has reached multi-platinum status, while his follow up, Life After Death, is diamond certified.

Biggie is legendary in New York’s rap music industry and is widely considered one of the greatest rappers of all time.

MetroCards featuring a portrait of Notorious BIG on the reverse side will be available for purchase starting 12:01 am on Saturday, May 21 on a first come, first serve basis.

Mayor Eric Adams announced May 21 to be “Christopher ‘The Notorious BIG’ Wallace Day.”

CJ Wallace was 5 months old when his father was killed.

Several events are planned, including:

June 10:
–Lincoln Center will host an orchestral tribute to The Notorious BIG on June 10, featuring music arranged and conducted by Miguel Atwood-Ferguson.