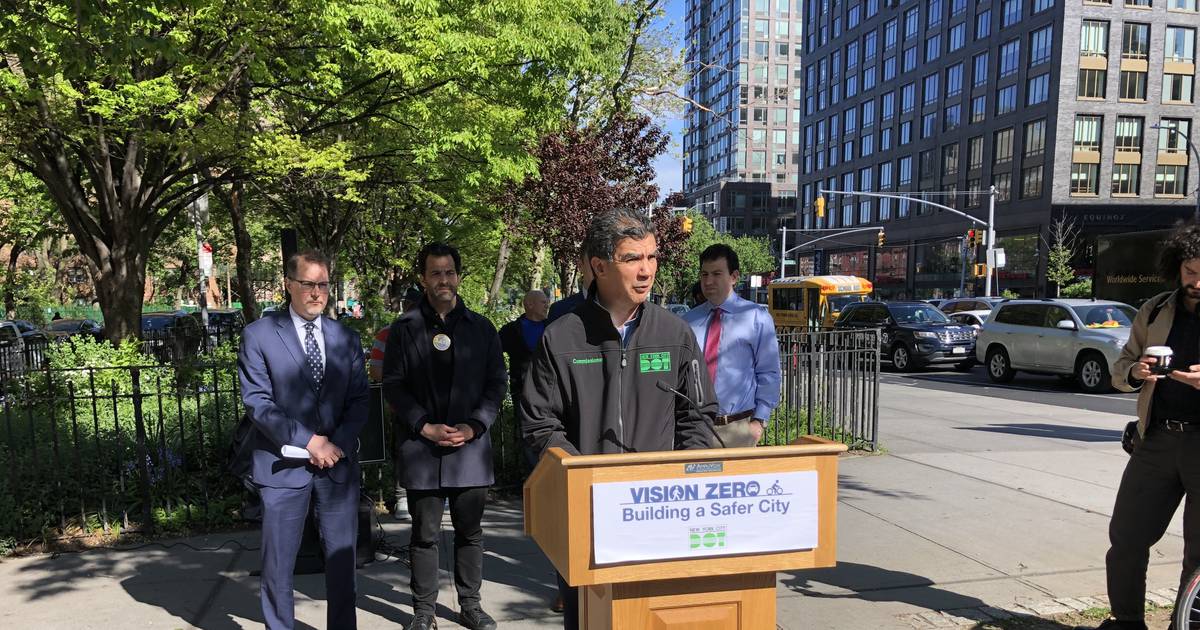 More enforcement from red light and speed cameras is the best way to make city streets safer amid a horrifying increase in those killed by motorists, the city’s Transportation Commissioner Ydanis Rodriguez said Monday.

But Rodriguez said he needs help from lawmakers in Albany to make that happen.

At least 79 people have been killed in car crashes across the five boroughs so far this year – the most at this point in a calendar year since 2013. The city has recorded 11 traffic deaths in the last week alone, including 21-year-old NYU student Raife Milligan who was killed by an alleged drunk driver at Houston St. and First Ave. at 2:45 PM May 2.

At a news conference at the corner where Milligan was killed, Rodriguez suggested camera enforcement might have saved the young man’s life. State law prohibits tickets being issued as a result of speed and red light cameras outside of 6 am to 10 pm on weekdays, which Rodriguez said encourages more after-hours reckless driving.

“There should be no reason why our cameras shouldn’t have to be shut down after a certain time,” Rodriguez said. “They should be running 24 hours, seven days a week. The DOT should have the power to decide where and when we install those cameras. “

Rodriguez said he’ll head to Albany Tuesday to lobby lawmakers to change the law to enable more camera enforcement. He pointed to the DOT’s push to redesign 1,000 dangerous intersections across the city as another way to prevent people from being killed by drivers.

A DOT report published Monday highlighted that speeding reports dropped by 72% at locations with cameras that automatically ticket drivers.

And on Friday during an event hosted by the Regional Plan Association, Gov. Hochul said she supported a bill that would give New York City control over its speed cameras.

Danny Harris, executive director of the advocacy group Transportation Alternatives, warned that members of the legislature would have to shoulder the blame if more pedestrians and cyclists are killed in the city.

“Let me just start by being very clear to our legislators in Albany, which is that your inaction is killing us,” said Harris. “Give us the speed cameras and trust the city that has done so well to address this crisis.”