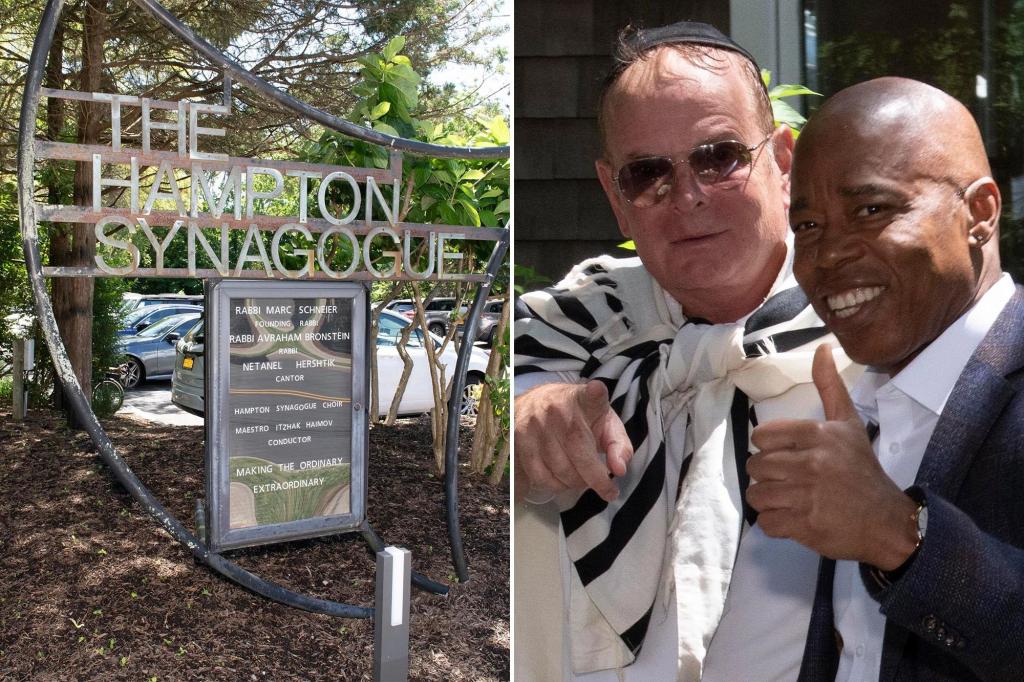 Mayor Eric Adams kicked off the Juneteenth weekend with a visit to a Hamptons synagogue Saturday, assuring congregants he is committed to protecting “innocent people” and railing against prosecutors who have turned the country into a place where “lawlessness is acceptable.”

“Far too often we pass bills and laws that protect people who commit crimes,” he told the packed Hampton Synagogue in Westhampton Beach.

Adams also promised that he would continue “supporting and protecting our police” in order to rebuild New York City after the pandemic.

“If we get it right in New York City, it gets right across the whole country,” the mayor said.

The mayor’s appearance marked the second time he addressed the upscale Orthodox congregation, which is led by his longtime friend Marc Schneier, a former vice president of the World Jewish Congress.

Keep up with today’s most important news

Stay up on the very latest with Evening Update.

The two met in 1995, when Adams was an NYPD captain. They have worked together to promote Jewish and African American interests, Schneier said when introducing the mayor, who appeared after morning religious services.

Schneier’s sermon focused on celebrating Juneteenth – which marks the day, June 19, 1865, when the last enslaved African American learned they were free after the Civil War – which will be observed for the first time Monday as a federal holiday.

“Appreciate the challenge that faced African Americans in this country,” Schneier said. “They are emancipated and then told to go out and rebuild your lives among the very same people that persecuted you, that oppressed you, that beat you.”

Adams, who showed up in a crisp white shirt and understated blue plaid suit, told congregants that he is committed to strengthening his administration’s relationship with the Jewish community to fight against anti-Semitism in the Big Apple, which has seen a surge in incidents this. year.

“Inside our school systems we have to be very clear about teaching out cultures, teaching the experience of the Holocaust,” he said. “We must engage in real conversations with our young people.”

In the first three months of the year, there were 86 anti-Semitic incidents in the five boroughs, according to the NYPD. At this rate, the numbers are set to exceed the total 198 such attacks tallied in 2021.