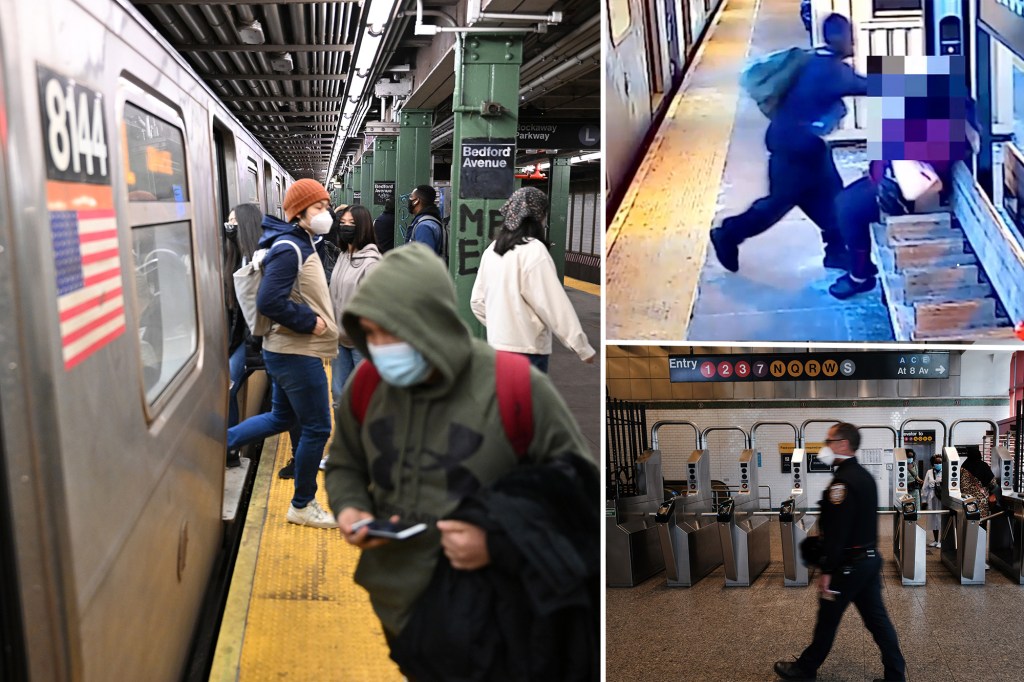 Nearly two years after New York politicians gave the green light to banning repeat subway criminals, not a single person has wound up on the no-ride list, The Post has learned.

The state’s penal code was changed in April 2020 to allow judges to prohibit people who attack MTA workers or commit sex crimes on transit from riding the rails as a term of probation or conditional discharge.

But the statute has yet to be used, according to MTA and court sources.

The new law – which allowed judges to set exemptions for commuting and medical trips – was a “compromise” with liberals in the State Assembly, according to State Sen. Diane Savino (D-Staten Island), who has pushed to elevate transit sex crimes to felony status for nearly a decade.

“I’ve tried year after year to get the Assembly to explain to me why they think it’s acceptable to allow this behavior to continue,” Savino told The Post Sunday. “What’s the point of having this on the books if there’s no real accountability and nothing is happening?”

Prior to the 2020 statute, defendants would have to voluntarily agree to stop riding the subways.

But earlier this month, MTA CEO Janno Lieber said even the new law is far too limiting, as he bemoaned the agency’s inability to ban repeat transit offenders like Frank Abrokwa, the sicko accused of smearing feces on a straphanger.

“I don’t understand why the MTA can’t ban people, like that guy who had three prior attacks in the subway system, from using our system,” Lieber said on March 3 during a virtual event hosted by NYU Rudin Center for Transportation.

“Why do we have to let these kinds of people [ride]? ” He said of Abrokwa, who has had dozens of arrests since 1999, including two other attacks on the transit system. “That guy had 19 priors, had attacked subway riders and actually had a hate crime attack as one of them.”

In a statement, MTA spokesperson Aaron Donovan said, “The transit system should be for those who are using it for transportation. We hope that judges and prosecutors will use all the tools available to keep the system safe, especially from recidivist criminals. “

Union leaders, meanwhile, believe the threat of consequences for reentering the system would deter assailants from striking again.

“We will gladly plaster their photos throughout the system and call the cops if we see them entering their home station or boarding their local bus,” said TWU Local 100 President Tony Utano.

“If a ban, or the threat of a ban, deters even just one assault against a transit worker, one attack against a rider, then it’s worth it.”

Ernesto Castro
The Academy is partnering with TikTok stars to help create buzz around the Oscars
Soaring Energy Stocks May Be Bad Omen For Global Markets | OilPrice.com