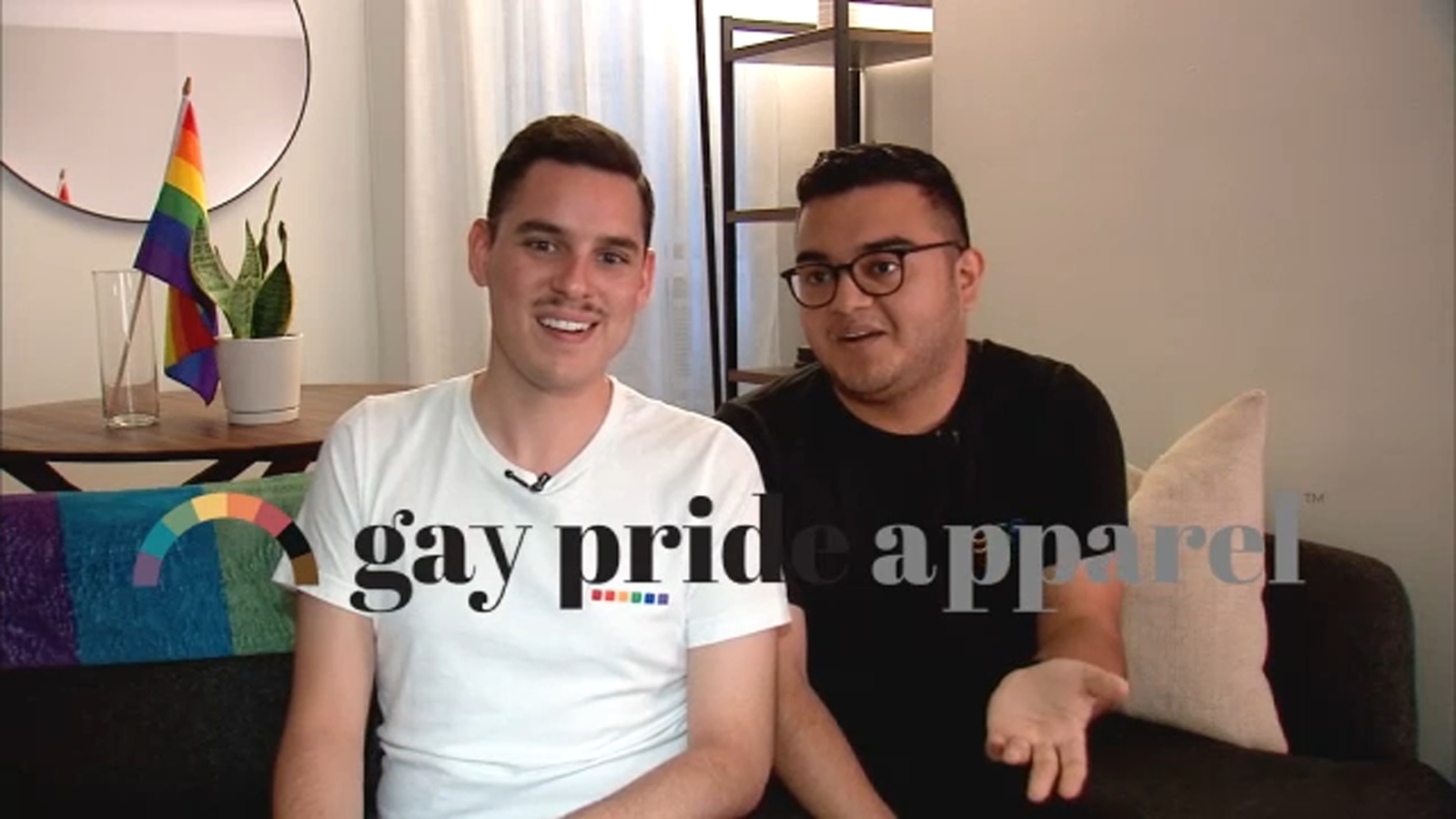 Local News |
NEW YORK (WABC) – Inside Jesus Gutierrez and Sergio Aragon’s apartment, the pair is ironing out this and that, all related to their company Gay Pride Apparel.

They have been best friends since fifth grade and moved to the city in 2018. They were struck by how on June 1, the start of Pride, suddenly rainbows appeared everywhere.

“July 1, we’re like, the rainbows are gone, what’s going on?” Gutierrez said. “So we decided to put our retail brains together, to start Gay Pride Apparel.”

They launched their company in 2019 and tapped into their knowledge of e-commerce and product merchandising, having both worked for big companies.

Then, they tried something new. The T-shirts each said “Pride,” but one very important thing was missing.

Customers wanted rainbows, and rainbows they eventually got.

The partners, both in business and in life, will never forget receiving their first order.

“We were in Chinatown shopping for gifts for your mom and got the notification, and we’re like, our first stranger,” Gutierrez said.

In June of 2020, as the city shut down, like many, they stayed home and invested time and energy in their business.

“A lot of social justice was happening at the beginning of the pandemic, and I think we spoke to our community, like, hey we are here for you, an online community, not just an apparel store,” Gutierrez said.

All of their hard work paid off to date. Gutierrez and Aragon have pulled in 1.5 million in sales. While the money is terrific, they’re focused on the bigger picture.

Looking ahead is their goal, and it has always been to tap into parts of the country and provide pride to places that don’t have it.

“It’s not about the money, it’s at the end of the day, they found a community that they feel accepted in and found themselves and found represented,” Aragon said.

Ernesto Castro
‘Irma Vep’ Isn’t a Remake — It’s a Remix for Our Apocalyptic Age of Endless Streamable I.P.
S&P 500 futures rise 1% as the market is set to rebound from a brutal week