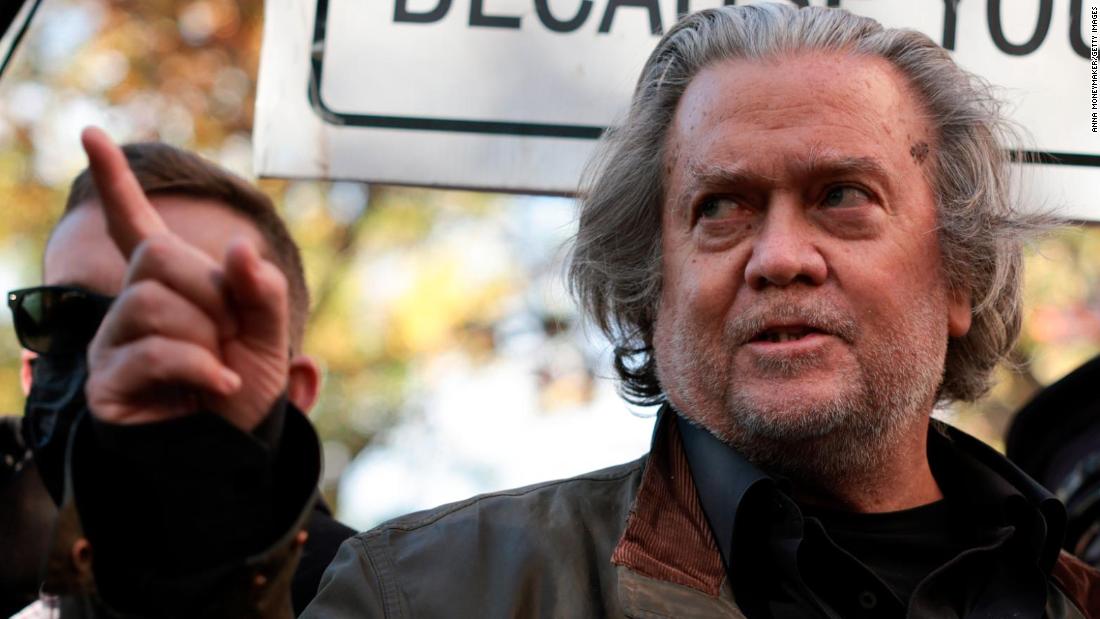 The subpoenas were sent to several witnesses in recent weeks, requiring them to appear and provide testimony for the Manhattan district attorney’s probe, the people said. Among those who received subpoenas are people in Bannon’s “immediate circle,” according to one of the sources familiar with the matter.

The subpoenas are the clearest indication that the Manhattan district attorney’s criminal investigation into Bannon’s fundraising efforts is intensifying and could lead to possible charges against former President Donald Trump’s onetime adviser.

Bannon is also facing federal contempt of Congress charges for failing to comply with a subpoena from the House committee investigating the January 6, 2021, attack on the US Capitol. He has pleaded not guilty.

Asked about the grand jury subpoenas, Bannon’s attorney Robert Costello told CNN: “I am unaware of these matters.”

Federal prosecutors with the US Attorney’s Office for the Southern District of New York previously charged Bannon and three others, alleging they had defrauded donors in the border wall effort, which raised more than $ 25 million.

Bannon was charged with diverting more than $ 1 million to pay a co-conspirator and covered hundreds of thousands of dollars in personal expenses. Prosecutors alleged that the donors, including some in New York, were falsely told that all the money contributed would go towards the construction effort.

Manhattan prosecutors subpoenaed bank records and quietly worked on the investigation over the past year as they were also investigating Trump and his real estate business, sources familiar with the matter told CNN. But the district attorney’s office has deferred a charging decision on Bannon until federal prosecutors conclude their case against his three co-defendants, who were not pardoned, sources told CNN.

Timothy Shea, a fourth man charged in the fundraising effort, is on trial in federal court.

An attorney for Kolfage declined to comment on whether his client had been subpoenaed as part of the state-level probe. Attorneys for Badolato and Shea did not respond to CNN’s request for comment.

Manhattan prosecutors are expected to make a charging decision after that trial concludes, sources tell CNN. The grand jury subpoenas are an indication that they are moving closer to that decision.

Since Bannon was charged but the federal case was never brought to a conclusion, lawyers familiar with the issue say, he would not have double-jeopardy grounds to challenge any possible state charges.

Ernesto Castro
Beavis and Butt-Head Is Back, Fart-Knockers
Turkey’s inflation soars to 73%, a 23-year high, as food and energy costs skyrocket