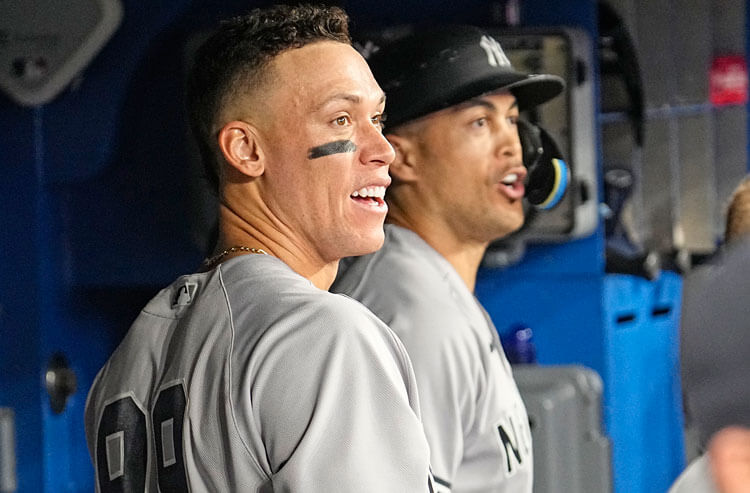 Start spreading the news! The New York Yankees and New York Mets are World Series contenders yet again thanks to great pitching and plenty of pop.

Bettors at BetMGM are in a New York State of mind. A flurry of recent activity at the sportsbook has propelled the New York Yankees and New York Mets into a three-way tie with the Toronto Blue Jays for the second spot on the World Series odds board.

The Yankees saw their odds to hoist the Commissioner’s Trophy jump from +1,000 on Opening Day to +800 on May 9 following an impressive 11-game winning streak from April 22 to May 3. The Bronx Bombers have now won 12 of their last 15 outings to claim first place in the tightly-packed AL East.

The Mets, meanwhile, have jumped from +2,000 on Opening Day to +800 today thanks to a better-than-expected offense. The Amazin’s have scored the second-most runs in the National League behind the red-hot batsmen of second baseman Jeff McNeil and former home run champ Pete Alonso.

The Yankees, Mets, and Jays still trail the Los Angeles Dodgers following the first full month of the 2022 MLB season, but it’s impossible to ignore the shine on New York’s two surging squads.

The case for the Mets

No team has gotten off to a better start than the Mets, who are 20-10 and have yet to lose a series this season. Buck Showalter’s club has been good at home (9-5), exceptional on the road (11-5), and is posting the second-best run differential in the National League. Plenty of credit goes to the aforementioned McNeil and Alonso, but New York has also gotten excellent production from center fielder Brandon Nimmo, who leads the team in on base percentage at .393, and shortstop Francisco Lindor, who has rediscovered his mojo after a disastrous. first season in Flushing.

FRANCISCO LINDOR WITH AN RBI DOUBLE AND IT’S 3-2! pic.twitter.com/GEHGhsi2Jj

The pitching hasn’t been half bad either. New acquisition Max Scherzer continues to defy Father Time and is 4-1 with a sparkling 2.92 ERA in six starts. Chris Bassitt and Tylor Megill are also posting sub 3.00 ERAs and closer Edwin Diaz has already struck out 21 batters in just 12 innings. At this point in the year, batters are far more likely to get hit by lightning than they are to get a hit off Sugar.

The case for the Yankees

Speaking of great pitching, the Yankees’ starters lead the American League with a 2.79 ERA. Perennial Cy Young candidate Gerrit Cole is 2-0 with a 2.67 ERA, and he hasn’t even been the most efficient hurler on the staff. That honor belongs to former Pirate Clay Holmes, who is 3-0 with a minuscule 0.64 ERA in four starts. The righty has hit his groove since arriving in the Big Apple a year ago and has given up just two free passes in 14 innings pitched.

Holmes and Cole have been the beneficiaries of ample offense as the Yankees lead the AL in home runs, slugging percentage, and OPS and rank in the Top 4 in both batting average and on base percentage. Anthony Rizzo and Aaron Judge are tied for the league lead with nine homers, and Giancarlo Stanton isn’t far behind with six. It’s a testament to their prodigious power that they’re still muscling balls out of the park during an otherwise historic home run drought.

Yes, the Yankees looked unbeatable for much of April, but it’s worth noting who they faced. Their 11-game streak coincided with home dates against the Guardians and Orioles, as well as road games against the Royals. If relegation existed in baseball two of those clubs would be playing in Triple-A right now.

The Mets, on the other hand, were the first MLB team to reach 20 wins despite being without the services of Jacob DeGrom. The two-time Cy Young winner is progressing well as he rehabs from a stress reaction on his right shoulder and could return to the team prior to the All-Star break. When he does, the Mets will have the most fearsome rotation in the majors. It’s worth taking advantage of their enticing +800 odds now before he does.