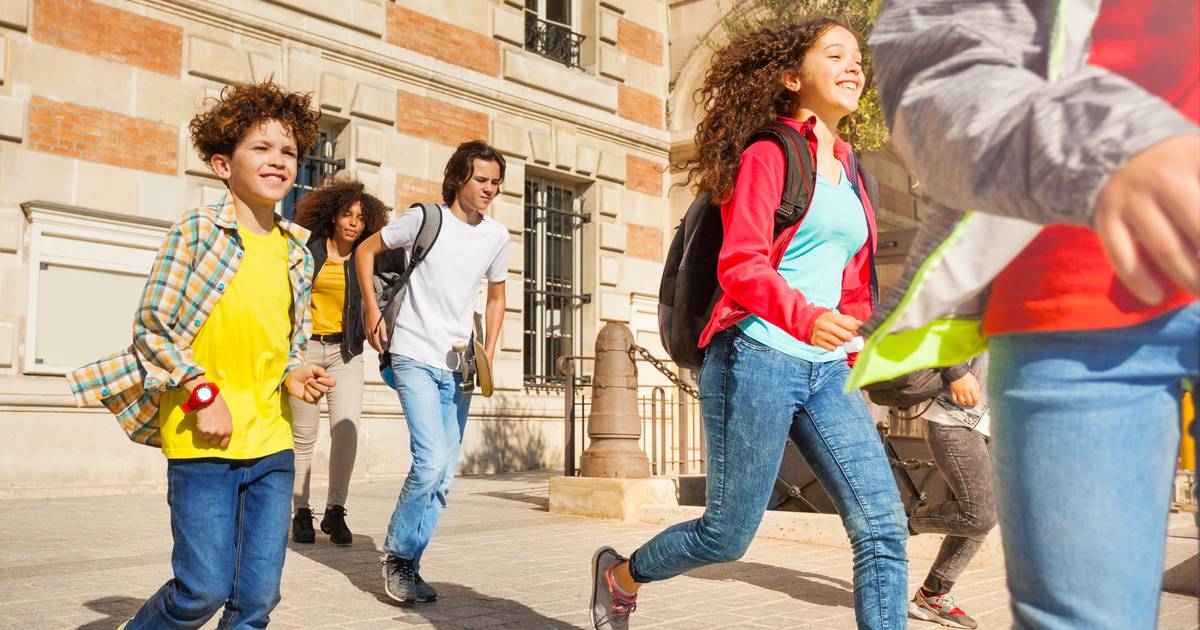 Ask just about any young child what they like best about school and you get the same response: “PE and recess.” Insufficient physical activity, which can cause chronic disease, leads to nearly 700,000 premature deaths per year, so maybe it’s time that we give the kids what they want. Drastically increasing physical activity in schools will save countless lives by reducing chronic disease, while also improving academic achievement and reducing racial disparities, all while saving money.

Because of the endless and terrifying news cycle including COVID-19, ground wars and mass shootings – and a seemingly obsessive education focus on pandemic-related learning loss – it can be easy to not have heard about the burgeoning chronic pandemic disease. In case you missed it, nearly half of American adults now have either Type II diabetes or prediabetes. In response to this grave threat to our lives, local and national efforts have focused primarily on trying to scare individuals into making healthier food and fitness choices.

However, behavior scientists are clear that in order to make societal change, we need to develop societal responses. The most effective way to fundamentally reverse the chronic disease pandemic for good is to meaningfully increase opportunities for elementary school children to be physically active.

The CDC recommends that school children participate in at least one hour of moderate- to vigorous-intensity physical activity per day to maintain health. Since most children aren’t active outside of school, many rely entirely on in-school programming to meet their physical activity requirements. However, elementary schools in New York State are only required to provide two hours of physical education per week. Moreover, due to lack of personnel and resources, the average child spends less than half of their physical education class being physically active, such that only 27% of New York State elementary school students meet the minimum recommendations for physical activity.

Instead of doubling down on more academic rigor, we need to try something new.

What would we need to know before we decide to greatly increase physical activity in schools as an evidence-based strategy to improve children’s chances for success? First, we would need to see some scientific studies showing that it would work. Let’s dive into the science. Just one bout of physical activity is enough to increase cerebral blood flow, improve attention and improve post-exercise cognitive performance. Regular physical activity in children has even more profound effects on lifetime learning by increasing the number of brain cells, synapses and cerebral blood flow.

Does being an active child translate to being an active adult? Yes. Nine-year-old children who are physically active are at least five times more likely to be physically active as adults than sedentary children. So, the science is clear that increasing physical activity improves brain function and learning, and also translates to a healthier lifestyle into adulthood.

The second step in deciding whether or not this is a good idea is having small pilot trials to see if it works in practice. One school that really showcased the promise of physical activity to improve school outcomes compared to three separate programs: One gave regular PE of two hours per week; another gave regular PE for four hours per week; A third program gave four hours per week of high-intensity PE. The high intensity group experienced large increases across the board in cognitive function, whereas both of the other groups actually experienced deceases in cognitive function.

Those who are worried about spending more money for PE teachers and retrofitting spaces to enable more physical activity opportunities should consider that the cost of inaction greatly outweighs the cost of investment. In 2021, the cost of chronic disease in America was $ 3.7 trillion, nearly 20% of our gross domestic product.

We are currently losing the war on chronic disease, and schools can be the front lines to change that trajectory. To win a war, as Winston Churchill famously said, sometimes you have to “give them what they want.” It may be the only way to give our children what they need.

Rossi is the president of the American College of Sports Medicine Greater New York regional chapter. Ortiz Rossi is a doctoral student in public health and owner of KALM Living, LLC.