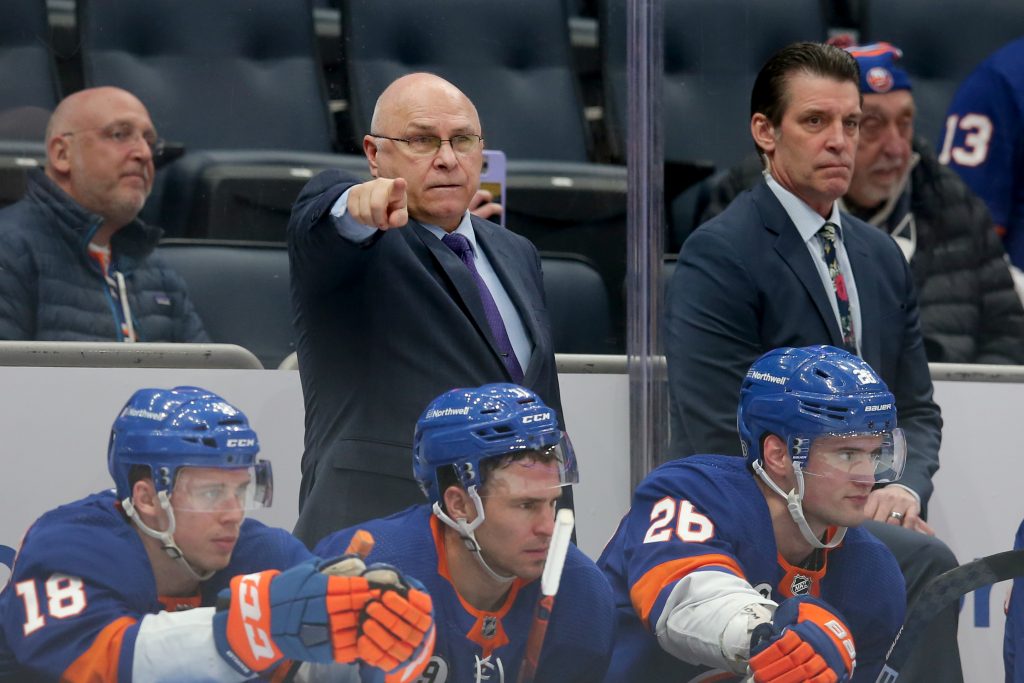 In a shocking move, the New York Islanders have relieved head coach Barry Trotz of his duties this morning, opening another vacancy behind the bench. Trotz had one year remaining on his contract and is owed $ 4MM next season.

It’s a surprising decision, given Trotz ‘nearly universal praise as one of the league’s top head coaches, and the fact that the Islanders had made it to the Eastern Conference Finals in two of his four years behind the bench in New York. When speaking with the assembled media, general manager Lou Lamoriello indicated that he believes the group needed a new voice, and that it was his responsibility to make that change.

Trotz meanwhile will likely be receiving calls from basically every team in the league that has a coaching vacancy, though there are perhaps bigger goals on his agenda. Darren Dreger of TSN tweets that some in the industry believe the veteran coach has an interest in taking on a management role at this point in his career.

What a career it has been for the 59-year-old bench boss. The first head coach in Nashville Predators history, he spent 15 years with the expansion club, taking them to the playoffs on seven different occasions and finishing with a 557-479-60-100 record. It was when he moved to the Washington Capitals in 2014 that things really heated up though, with Trotz winning at least a round in each of his four seasons with the team, and the Stanley Cup in 2018.

The summer following his championship, however, the Capitals and Trotz parted ways, leading him to their Metropolitan Division rivals in New York. Over four seasons with the Islanders, he posted a 152-102-34 record in the regular season and a 28-21 mark in the postseason.

Unfortunately, that success didn’t continue this year. The Islanders finished slightly above .500 but missed the playoffs by 16 points, after dealing with countless on and off-ice issues throughout the season. The team started on a long trip because their arena wasn’t ready, had a long COVID-19 shutdown because of a player outbreak, and dealt with injuries and inconsistency from many of their top players.

Now, as they move forward, it will be with a different voice behind the bench, despite bringing back many of the same voices on it. There’s an offseason for change, but the Islanders already signed names like Cal Clutterbuck, Ross Johnstonand Zach Parise to extensions during the season, and have basically their entire team locked up long-term. Whoever does take over will have the daunting task of getting better results from a similar group, unless Lamoriello makes some significant roster changes in the offseason.

If a team wanted to hire Trotz, they would have to cover part or all of his salary for next season, and likely sign him to another lengthy, expensive deal. That could rule out some markets, though the speculation over places like Winnipeg (his hometown), Detroit, or Chicago has already begun.