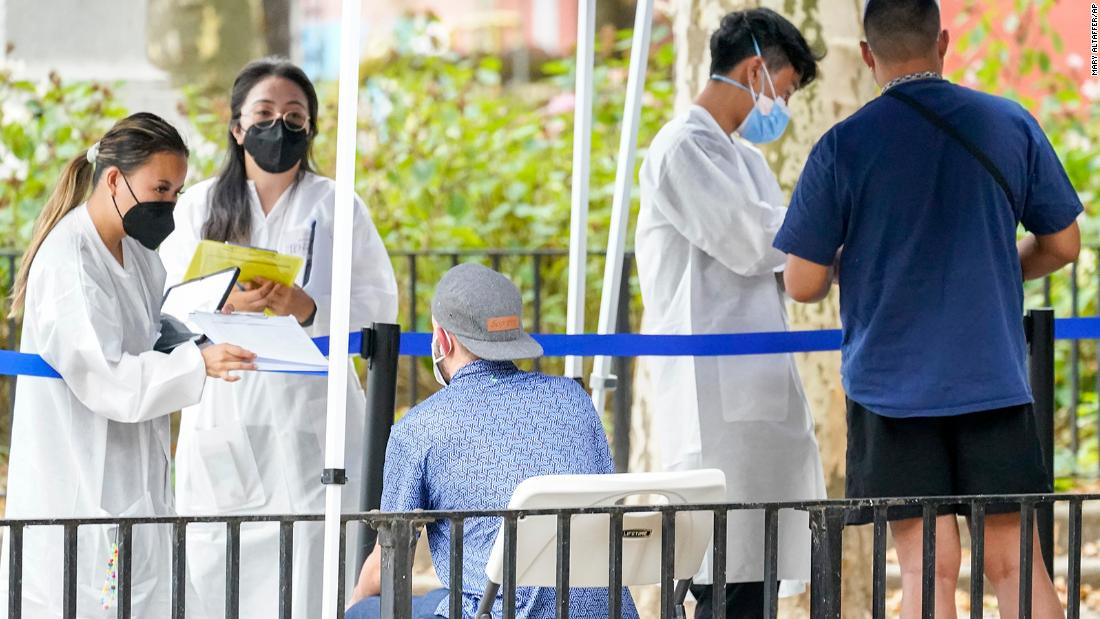 Local News |
“We estimate that approximately 150,000 New Yorkers may currently be at risk for monkeypox exposure,” Mayor Eric Adams and Dr. Ashwin Vasan, commissioner of the city’s health and mental hygiene department, said in a joint statement. “This outbreak must be met with urgency, action, and resources, both nationally and globally, and this declaration of a public health emergency reflects the seriousness of the moment.”
The declaration takes effect immediately, the statement said.
It comes just a day after New York Gov. Kathy Hochul issued an executive order declaring a state disaster emergency, saying “more than one in four monkeypox cases in this country” are in the state. Among several other actions, the governor’s order expands the number of people eligible to administer monkeypox vaccines, requires providers to send vaccine data to the state’s health department and will boost ongoing response efforts including efforts to get more vaccines and expand testing capacity, the governor’s office said.
Other leaders in the US — and across the globe — have been sounding the alarm over monkeypox as infection numbers continue to rise and vaccine supply is falling short of demand. Experts including Dr. Anthony Fauci has stressed the monkeypox outbreak needs to be taken seriously and handled in a more rigorous manner, while federal officials continue to weigh a nationwide public health emergency declaration.
San Francisco became the first major US city to declare a local health emergency on Thursday in an effort to strengthen its preparedness and response amid “rapidly rising cases” and high demand for the vaccine, the city said. The declaration goes into effect on Monday.
“We know that this virus affects everyone equally — but we also know that those in our LGBTQ community are at greater risk right now,” San Francisco Mayor London Breed said in a statement. “Many people in our LGBTQ community are scared and frustrated. This local emergency will allow us to continue to support our most at-risk, while also better preparing for what’s to come.”

In Washington, the federal government is continuing to monitor the response to monkeypox and will use it to consider whether to declare the outbreak a public health emergency, US Health and Human Services Secretary Xavier Becerra said Thursday.

“We will weigh any decision on declaring a public health emergency based on the responses we’re seeing throughout the country. Bottom line is, we need to stay ahead of it and be able to end this outbreak,” he said.

Former US Food and Drug Administration Commissioner Dr. Scott Gottlieb warned earlier this month it may be too late to contain the outbreak, telling CBS, “The window for getting control of this and containing it probably has closed.”
Last weekend, the World Health Organization declared the monkeypox outbreak a public health emergency of international concern after convening its second emergency committee on the issue.