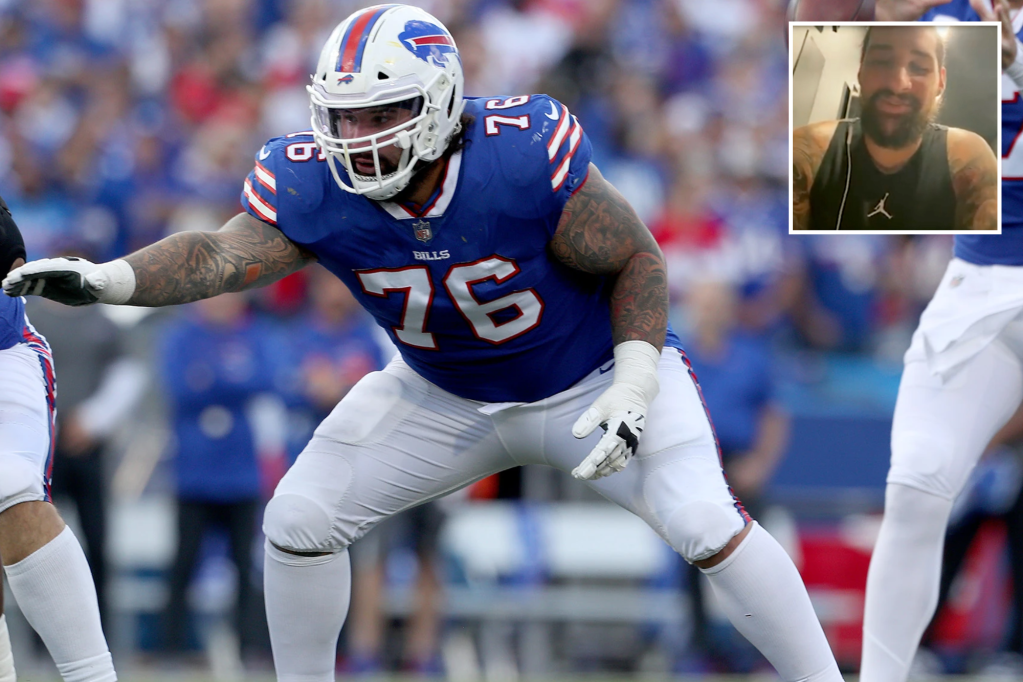 Plump Caramel may use Danny Dimes as the most memorable Giants nickname.

Jon Feliciano, the Giants’ new offensive lineman acquired in free agency, shared the origin story of his unique moniker this week on The Post’s “Blue Rush” podcast, and how it eventually stuck.

“It started out as a joke, my publicist, Miss Frances, she was talking to somebody and they had asked me if I had a nickname or a stage name,” Feliciano, 30, said. “And I was like, ‘Stripper name?’ So then I just text her back, ‘Plump Caramel,’ and it’s kind of stuck from there. “

Feliciano will be sticking around his native New York this season after signing a one-year deal with the Giants, where he’ll reunite with rookie head coach Brian Daboll, who was his offensive coordinator in Buffalo.

“He’s a guy’s guy,” Feliciano said of Daboll, who replaced Joe Judge after two seasons at the helm, “You have to be careful with him cause he always has a joke up his sleeve. Every time he says something to me, I gotta take it in, make sure there’s no punchline coming on, behind it. “

But at the end of the day, Feliciano said Daboll is “that kind of guy you want to play for.”

“When I got the opportunity to follow him here, it was a no-brainer,” he said.

Feliciano spent the past three seasons with the Bills before joining the Giants. Although his future will be on the field with Big Blue, he quipped “Plump Caramel” may have segued to Only Fans if his options were limited.

“[If] The Giants didn’t come calling, I almost had to, ”Feliciano joked.