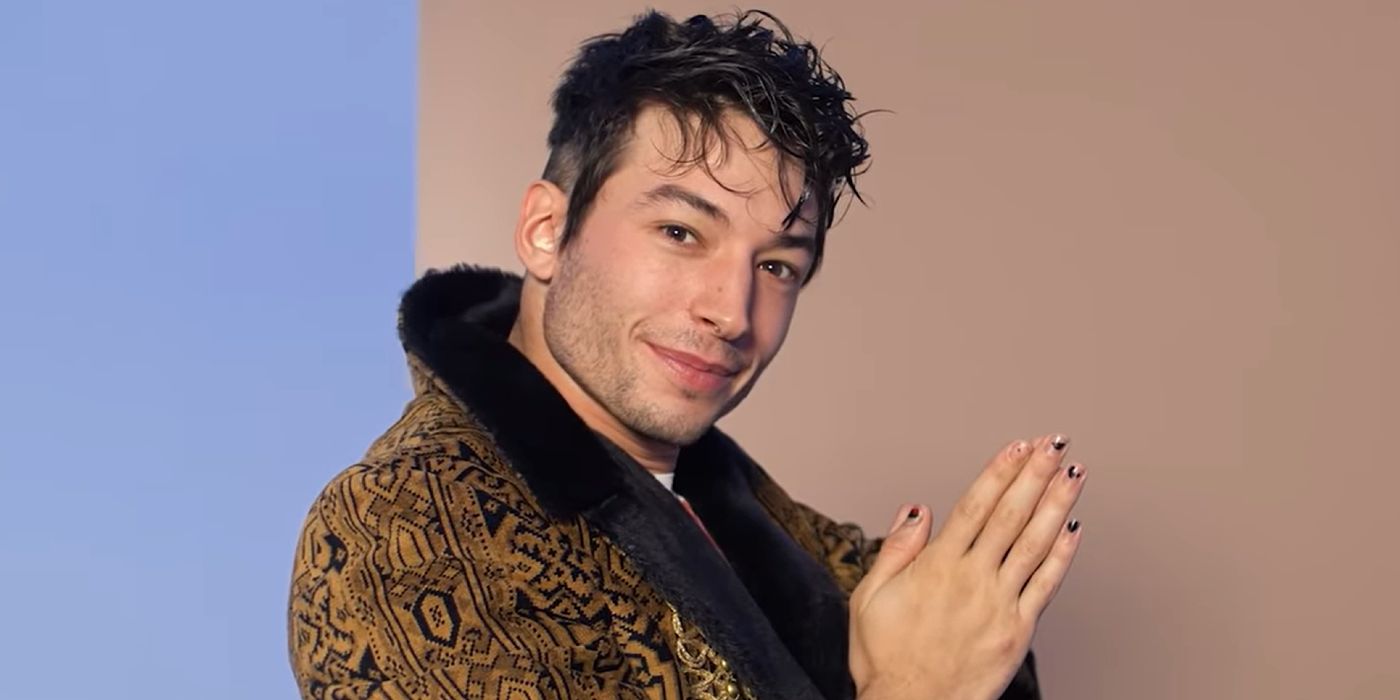 New audio from bodycam footage of The Flash star Ezra Miller’s arrest in Hawaii reveals the actor was violently threatened during the altercation.

Extended police bodycam footage of The Flash star Ezra Miller’s arrest in Hawaii has revealed that TMZ edited out audio from the recorded incident.

The unedited audio has been released online and shows the unidentified individual, who Miller allegedly declared himself a Nazi and assaulted them, telling the police, “If you guys don’t light ’em up, I’m gonna light’ em up.” The footage that was previously shared began with one of the arresting officers talking to two individuals, one of whom claimed Miller spat in his face for an unknown reason. The footage then cut to Miller evading police as the 29-year-old explained they were “assaulted” by the patrons of a nearby bar. “I was assaulted in this bar twice in a row. I film myself when I get assaulted for NFT crypto art,” said Miller. The video concluded with the police officers searching Miller’s person and seemingly confiscating a ring based on The Flash.

The DC Extended Universe star made headlines in March after they were arrested for disorderly conduct and harassment. According to a report filed by the Hawaii Police Department, the actor had “grabbed the microphone from a 23-year-old woman singing karaoke (disorderly conduct offense) and later lunged at a 32-year-old man playing darts (harassment offense). The bar owner asked Miller to calm down several times to no avail. ” They were later released after paying a $ 500 bail fee. A restraining order against the actor was briefly filed by a Hawaiian couple who said Miller threatened and stole from them, but it was subsequently dropped in April for unknown reasons. The couple’s attorney refused to comment on the matter.

Less than a week after the restraining order was dropped, Miller was arrested again on charges of second-degree assault. Police officers determined the actor had become angry after being asked to leave a private residence and reportedly threw a chair that struck a 26-year-old female on the forehead. The altercation left her with a half-inch cut.

Despite the actor’s run-ins with the law, Warner Bros. has no plans to replace Miller in The Flash or for future DCEU projects. Miller made their debut as Barry Allen / The Flash in 2016’s Batman v Superman: Dawn of Justice in a brief cameo. They then appeared in 2016’s Suicide Squad before reprising the role in 2017’s Justice League (and its 2021 Snyder Cut) as a member of the film’s titular superhero team. The actor has also appeared as the character on television, first in The CW’s Crisis on Infinite Earth‘s crossover event opposite the Arrowverse’s Flash (Grant Gustin) and then in the Season 1 finale of Peacemaker. The upcoming Flash The movie marks the first time the DC character has received a solo theatrical film.

The Ezra Miller Flash Movie Prequel Series Has Been Delayed, Not Canceled