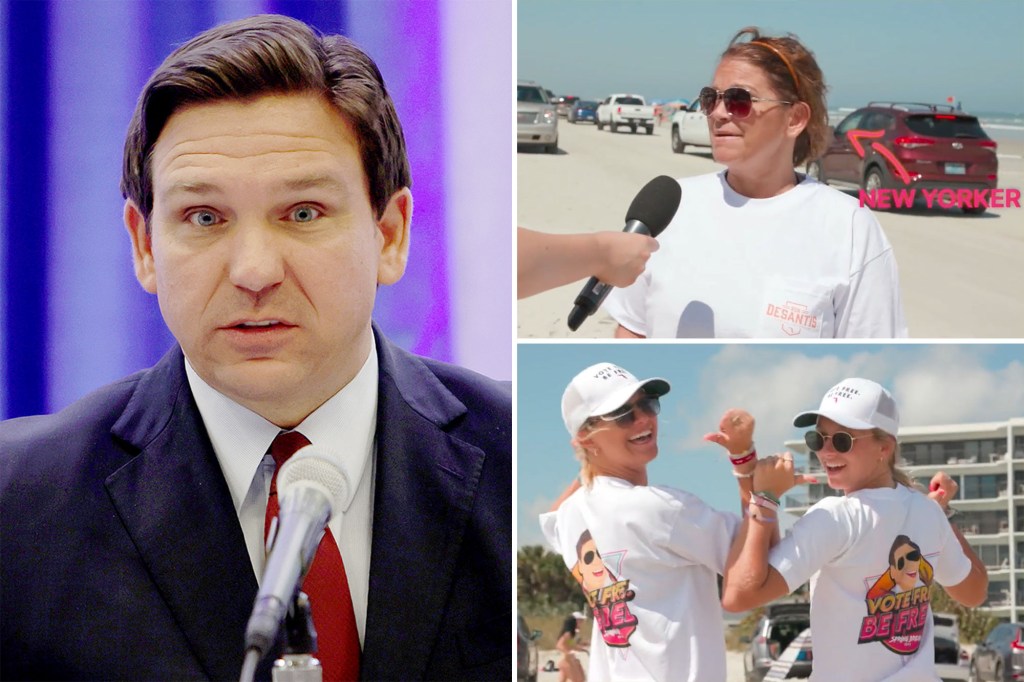 A new ad from Florida Gov. Ron DeSantis highlights the stampede of northeastern emigres into the Sunshine State – and features former New Yorkers to drive home the point.

Filmed over spring break in New Smyrna Beach, the spot encourages viewers to “Vote Free, Be Free,” while flashing an animated image of the polarizing governor in a pair of aviator sunglasses.

“I’m a New Yorker,” declares one woman. “And now I’m living in Florida.”

Another Empire State escapee is asked where her native soil ranks in terms of general freedom.

“I think we’re pretty much at the bottom,” the woman replies.

The beachfront broadside then cuts to images of Queens Rep. Alexandria Ocasio-Cortez clutching an alfresco cocktail during a December jaunt to Miami.

Another Florida visitor was quizzed about the state of affairs in her native Pennsylvania.

“I hate it,” she said, spicing her up with a denunciation of Gov. Tom Wolf and praise for DeSantis.

One of the showcased ex-New Yorkers assures an interviewer that her relocated relatives plan to back DeSantis en masse.

“My whole family will be voting for him,” she said.

Considered a potential Republican presidential nominee in 2024, the outspoken governor has elicited both fierce loyalty and staunch opposition during his time in office.

Ernesto Castro
‘Licorice Pizza’ made Asians a ‘punchline.’ And the fallout is bigger than the Oscars
Hy-Vee employees report layoffs